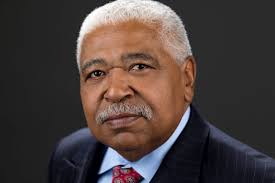 The following commentary is mine and mine alone.  I do not speak for the Jobs and Housing Coalition or The McConnell Group’s clients.

I recently read Libby Schaaf’s Election Guide. She promotes California Proposition 21 (Prop 21) which will undermine the progress made by Governor Newsom and the legislature to create rent control reforms that bipartisan groups supported.

Prop 21 will deliver a death blow to investment in Oakland and discourage new housing developments and devastate small property owners.  This will come at a time when the city desperately needs new revenues that create housing and job opportunities for residents who are suffering enormous losses caused by the Covid -19 pandemic.  If Prop 21 passes, Oakland will suffer the loss of millions of dollars in affordable housing impact fees.

“Proposition 21, like Proposition 10 before it, runs the all-too-real risk of discouraging availability of affordable housing in our state,” said Governor Newsom.
Social justice and affordable housing advocates and virtually every major newspaper in the state agree.  This includes the NAACP, Hispanic Chamber of Commerce, California Council on Affordable Housing, San Francisco Chronicle, East Bay Times, The Mercury News and many other social justice groups and editorial boards.

Libby is out there on her own on Prop 21 and I encourage Oaklanders not to join her.
In an equally disturbing development, Libby has chosen to stand against her colleagues on another major issue. The Metropolitan Transit Commission has proposed adoption of a remote working mandate that would require companies to have 60% of their employees permanently work from home. San Francisco Mayor London Breed, Sam Liccardo of San Jose, and Bay Area political leaders like Nancy

Skinner, Buffy Wicks and Rob Bonta oppose the mandate. https://sd11.senate.ca.gov/news/20201014-bay-area-letter-mtc-regarding-potential-work-home-mandate.
Libby says beating back climate change with a telework mandate is more important than any possible business profits it could hurt.  Tell that to food service workers who cannot wait to get back to work post-COVID, and to office cleaners, security guards, commercial real estate brokers, fitness trainers, and all the other people whose jobs depend on downtown offices. All of them will permanently lose jobs when Oakland offices shut down.

I support voluntary remote work. But a permanent mandate goes too far.  It is bad for everyone in Oakland, the Bay Area and the state.
Perhaps Libby’s contrarian support for bad policies explains a recent Jobs and Housing Coalition poll that revealed most Oaklanders disapprove of her leadership of the city. Where she once had an approval rating of 72%, she has fallen to 44%.

Fifty percent of voters disapprove of her job performance with 26% of voters strongly disapproving.  Most Oaklanders (52%) also say the quality of life in Oakland has declined over the past several years while she has been Mayor.  These negative sentiments are highest amongst blacks, browns, women, democrats, independents and homeowners.  Notably, pessimism with Libby’s leadership extends to people who identify as progressives.

Libby has abandoned the moderate principals she ran on which catapulted her to high approval and popularity in Oakland. Now, moderates feel abandoned and people of color, led by African Americans, are greatly disappointed.

Given her plummeting polling numbers, maybe Libby’s picks don’t matter.  Maybe disappointed voters will consider how Oakland is failing on her watch and they will vote the opposite on anything she suggests.  I certainly hope so when it comes to Prop 21 and permanent remote work mandates.

Greg McConnell is the president and CEO of The McConnell Group and  principal consultant and advocate.