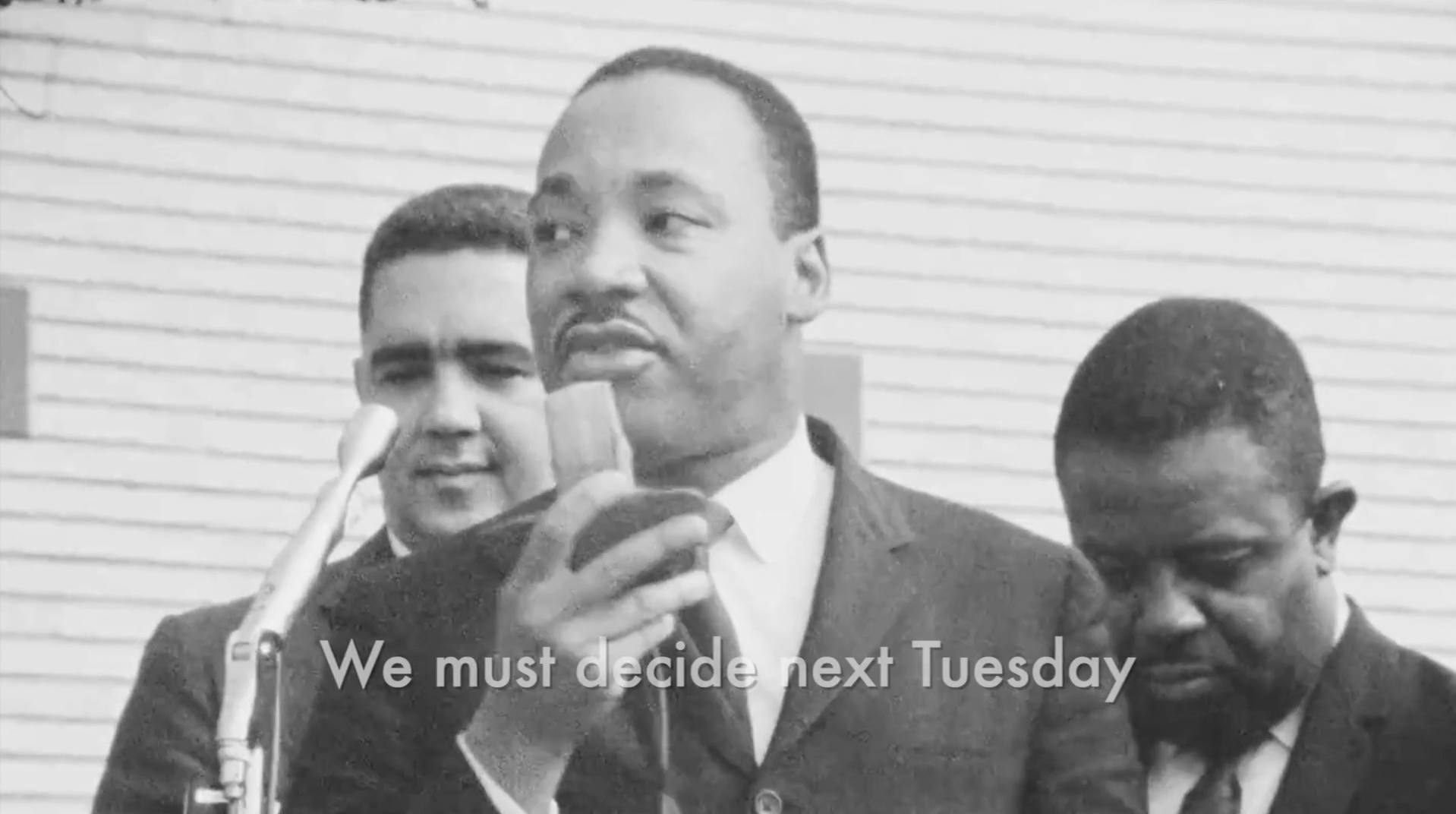 “Suffice it to say we stand in one of the most momentum periods of human history,” King said at the beginning of the video. He continues, “and in these days of emotional tension when the problems of the world are gigantic in extent and chaotic in detail, all men of good will must make the right decisions.”

To watch the full video click on “watch on Vimeo” below.

“You Know Who to Vote For” from Clayborne Carson on Vimeo.