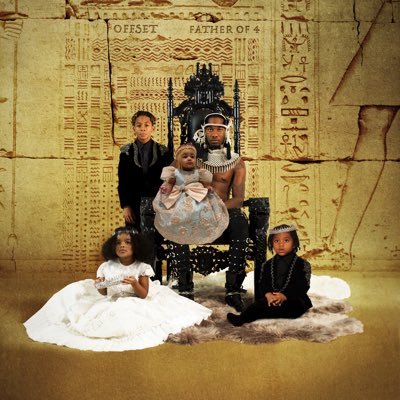 Offset, 28, husband to Cardi B,  was briefly detained by the Beverly Hills Police Department (BHPD) on October 24 and tweetted a statement that said in part:  “[t]here have been media reports that entertainer Offset was arrested.  Those reports are inaccurate.”

Offset was driving near a pro-Trump rally.  His rep told Fox News:  “Artist and Philanthropist Offset was detained by the Beverly Hills Police Department following an attack by aggressive Trump supporters.  He was released shortly thereafter.  Offset thanks his fans for their support and wishes everyone peace and safety during these trying times.  He encourages everyone to get out and vote because nothing changes if nothing changes.”

The initial encounter with the BHPD was live-streamed on Offset’s Instagram account and can be seen here.

Offset for years thought he was not allowed to register to vote because of a felony conviction when he was 17 years old.

At the urging of his mother to use his voice,  and consulting with his attorney, he registered to vote and voted in his home state of Georgia’s primar election.

He also created a PSA with Rolling Stone to urge folks to have their voices heard by voting.  He states:  “It still could be 10 times better, but you’ve gotta vote.  That’s what changes the rules, change the laws.”

For more information log onto When We All Vote or Vote.