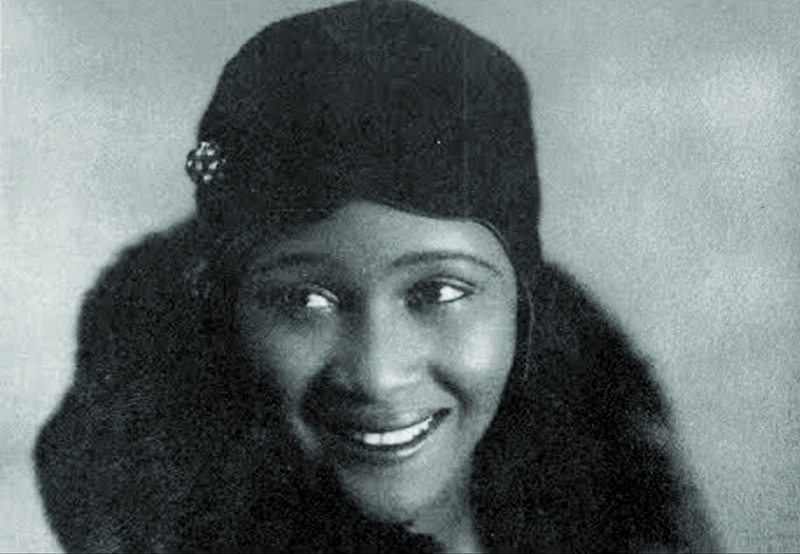 Victoria Spivey (1906–1976) emerged in the world of blues recordings during the 1920s. The Houston, Texas, native was a child singer and actor in vaudeville and later a singer, pianist and composer.

Music, it seemed, was a part of her family’s legacy. Spivey’s mother, a nurse, performed semi-classical and religious songs. Her father and her brothers played in the family band; her sisters were professional singers.

Her professional debut was with her father’s band in Houston. After his passing, 7-year-old Victoria played on her own at local parties. At age 12, she was hired to accompany films at the Lincoln Theater in Dallas.

Later Spivey toured the vaudeville circuit with her sister Addie (1910–1943) and brother Elton (1900–1971). The trio also performed in barrelhouses and theaters. Her career, however, quickly went solo.

As a teenager, Victoria was hired to work alone in bars, nightclubs and buffet flats. On occasions, she was paired with singer-guitarists, one being Blind Lemon Jefferson.

By age 20, she’d relocated to St. Louis, Mississippi There, her first recording, “Black Snake Blues” (1926) was released by Okeh Records.

The song was successful, which allowed Spivey’s relationship with the label to continue, including recording songs in New York City. In 1929, she moved on to the Victor label and later to Vocalion and Decca records. Still, she continued her performance schedule, often backed by legendary musicians such as Louis Armstrong, Lonnie Johnson, and Tempa Red.

Spivey’s career expanded in 1927 when she hit the musical stage (‘Hits and Bits from Africana’) and in 1929 on entering the world of film (‘Hallelujah!’).

Critics described Spivey’s vocal style as being “characterized by angularity, nasality and a type of moan, which she called the “tiger moan,” reminiscent of a style of black church singing.” Some said that Spivey’s work was “filled with sexual overtones, double entendres, and outright pornography.”

Spivey, like many black writers of that time, penned lyrics dealing with drugs, the penal system, capital punishment and lesbianism. It was her way of addressing issues faced daily by her fans. The best known of all of Spivey’s songs that grew from social concerns was “TB Blues” (1926).

Blacks at the time were concerned about the rampant spread of tuberculosis. The disease’s deadly force was hitting urban areas more than any other. Another Spivey song known as “Dirty TB Blues” (1929) was recorded with Luis Russell’s Orchestra.

Spivey was popular as a live performer, touring Europe and the states, especially New York City. Because she established her reputation as a classic blues singer, pianist and composer early on, she was able to perform and record until her retirement in 1952. She then played the pipe organ and led a church choir in Brooklyn.

Spivey returned to secular music in 1961, pairing with Lonnie Johnson to appear on his Prestige Bluesville album ‘Idle Hours.’ Blues had been “discovered” by white audiences and new doors were opening.

Spivey died in New York at the age of 69.