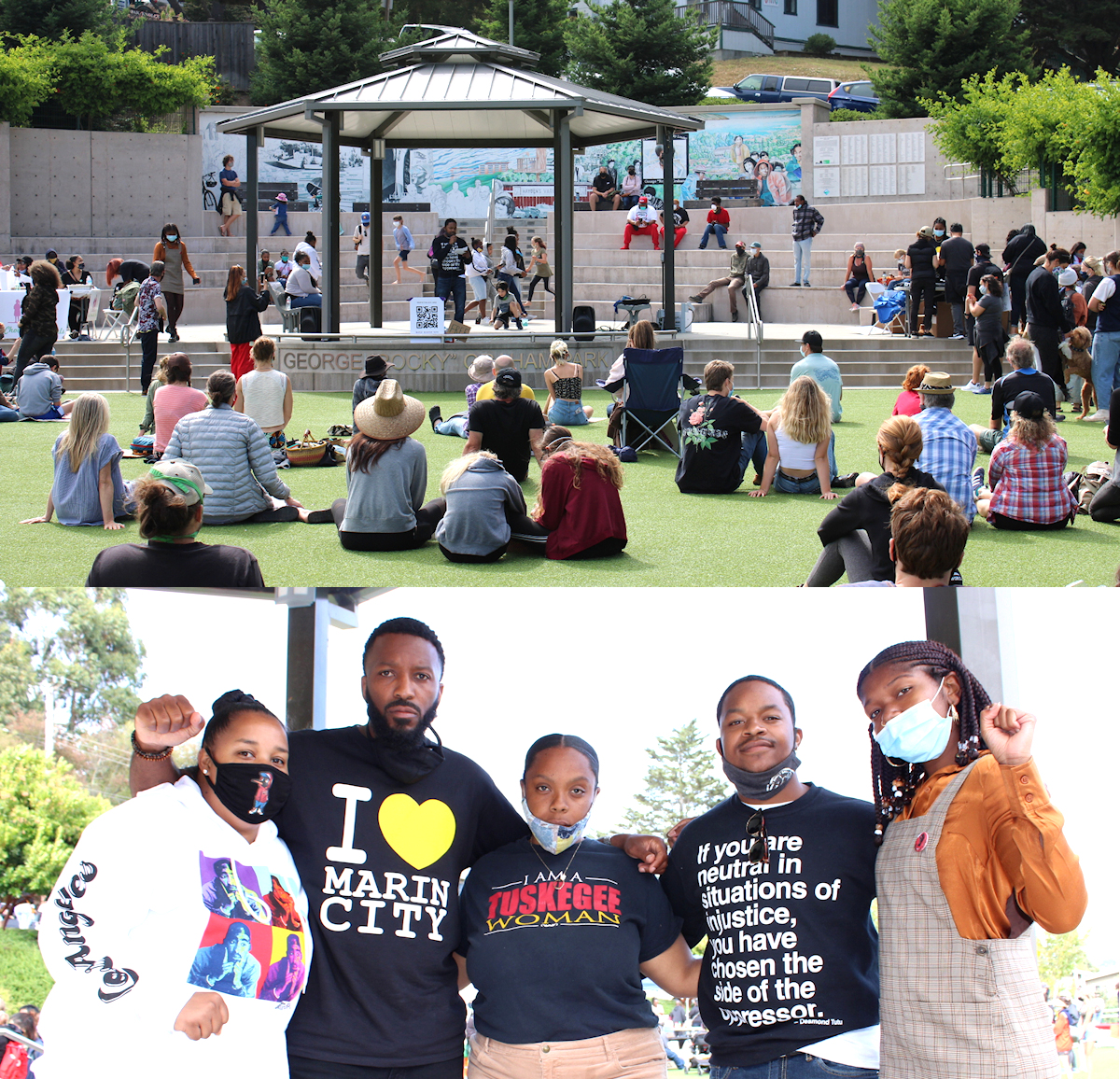 A Juneteenth Festival was held June 19 at the Rocky Graham Park in Marin City. The event was organized by community members and was attended by over 200 people, many of whom were wearing masks and practicing social-distancing.

Brittney Burton, whose grandmother is Alberta Roary, challenged the audience to all to come together in unity to be aware of what is happening in their community. She says that her generation and age group is the force for change and equality and that it’s time for them to step up and become more involved. “Let’s continue coming together to fight for change, equality and justice for all,” said Burton.

After a break to visit the vendors, several people spoke and shared their poems.

Alexis Wise, the director of Wise Girls, said that it overwhelms her heart to see people came out to support the event.

“I want you guys to know that it is not only going to take us, but it will take you to make some changes. Ultimately, my business is to change the Constitution. Because the Constitution was written when we were three-fourths of a human being. It was not meant for us, but my ultimate goal is to help change policy.”

Wise introduced her daughter, Lea Mixon, a 22-year-old who is currently attending California State University Northridge. Wise said that “Activism has always been in (Lea’s) heart. She is a community leader devoted to changing the world in any way she can, big or small. She has been a part of every community organization in Marin City, and is also a part of the Black Lives Matter movement at CSUN.”

Mixon took the stage to share her poem, and some of her reflections on the recent uprisings. “So much has been going on across this nation and this world that people don’t even understand the power that we have when we stand together. A couple of weeks ago, the whole of the United States protested on the same day, and the police officers that killed George Floyd were arrested. So, I realized that we need to understand that there is power in numbers,” Mixon said.