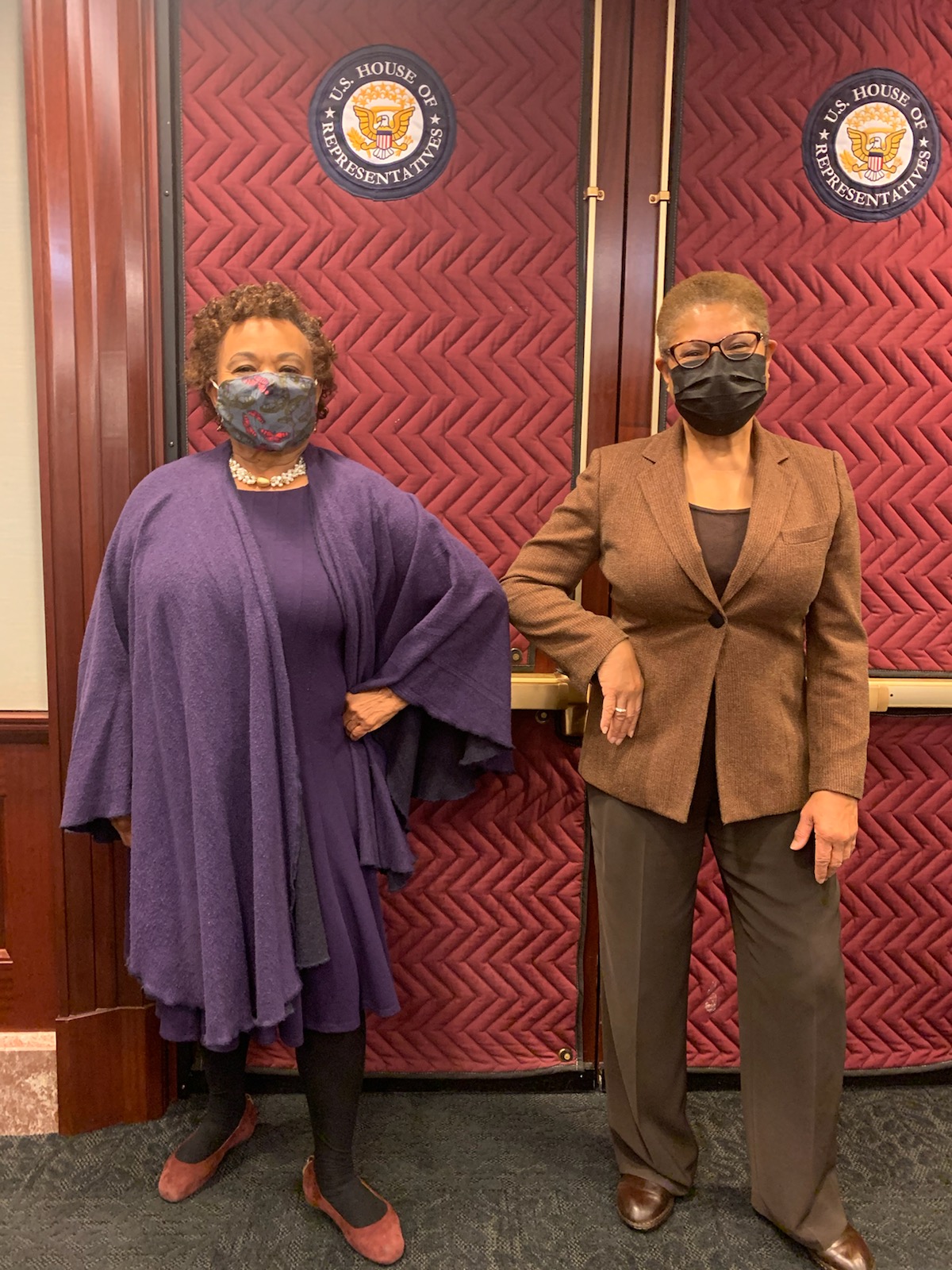 “Black women play a critical role in everything I do and say, and I would love to see a Black woman replace our Vice President-elect Kamala Harris,” he said. “I’ve made that known to everybody.”

Clyburn, who has represented South Carolina’s 6th District in Congress since 1993, said Congresswomen Barbara Lee (D-CA-13) and Karen Bass (D-CA-37) are both qualified and prepared to be California’s next junior Senator. “Two outstanding women, either one of whom would make outstanding Congresspeople,” he said.

In February 2020, as Pres.-elect Joe Biden’s campaign began to sputter due to lukewarm support among Democrats, tough competition from Michael Bloomberg and sharp criticisms in the African American community, Clyburn endorsed the former vice president.

With that nod, Clyburn — highly regarded in his home state and across Democratic circles — set Biden up for a critical win in the South Carolina Democratic primary. That victory gave Biden’s now-successful run for the presidency new life.

Clyburn was speaking Wednesday afternoon during a Zoom conference with journalists, including California Black Media.

The meeting was held to mark the 150th anniversary of Joseph Rainey’s swearing-in to Congress. Rainey, who was also from South Carolina, became the first Black person to serve in the U.S. House of Representatives when he was elected in 1870.   Speaker of the House of Representatives and California Congresswoman Nancy Pelosi also attended the virtual tribute and news conference.

Clyburn said his decision to support Biden’s candidacy for president was influenced by Black women, his wife, Emily, (who passed away in 2019), and three daughters, including Mignon Clyburn, who was appointed to the Federal Communications Commission by former Pres. Barack Obama.

“All three of them are active politically. So, I know the value of Black women,” Clyburn said of Mignon, Jennifer Clyburn-Reed and Angela Clyburn. “The endorsement that I made — it was Emily Clyburn speaking through me. She told me three or four weeks before she passed away that our best bet to win this election was Joe Biden.”

After Jan. 20, 2021, when Harris is sworn in as vice president, there will be no Black women in the U.S. Senate. The loss of the presence and perspective of the only Black woman in the highest governing body in the country has been a major point of concern for Black women in California, across the nation and at all levels of Democratic Party membership and leadership ranks.

Newsom can either appoint a replacement to complete Harris’s term, which ends in 2023, or he can call a special election. Harris was elected to the position in 2017 after former Sen. Barbara Boxer decided not to run for another term. Boxer was first elected in 1993.

According to several media reports and sources close to the governor’s office, California’s Secretary of State Alex Padilla is at the top of the list of people being considered for the job.  But Black women and African American organizations in California and around the country have been adamant that African American women should continue to have a voice in the Senate.  They have organized a nationwide campaign, #LetsKeepTheSeat, to urge Gov. Newsom to appoint Bass or Lee.

Clyburn also said that he is pleased that  Biden has appointed California Attorney General Xavier Becerra to serve as secretary for the Dept. of  Health and Human Services. He considers Becerra (who was also a U.S. Congressman from 1993 to 2017) a colleague and friend.

“Xavier Becerra will be coming here as a part of this administration. So now I have no conflict except for these two outstanding Black women,” Clyburn said.

A poll released earlier Wednesday found that, among California voters, Bass is the top choice to replace Harris.  The survey was commissioned by the Wash., D.C., political consulting firm Strother Nuckles Strategies and conducted by Public Policy Polling organization based in Raleigh, N.C.