Trump Threatens to Send Federal Law Enforcement to Oakland, Other Cities Amid Outrage Over Portland
Advertisement 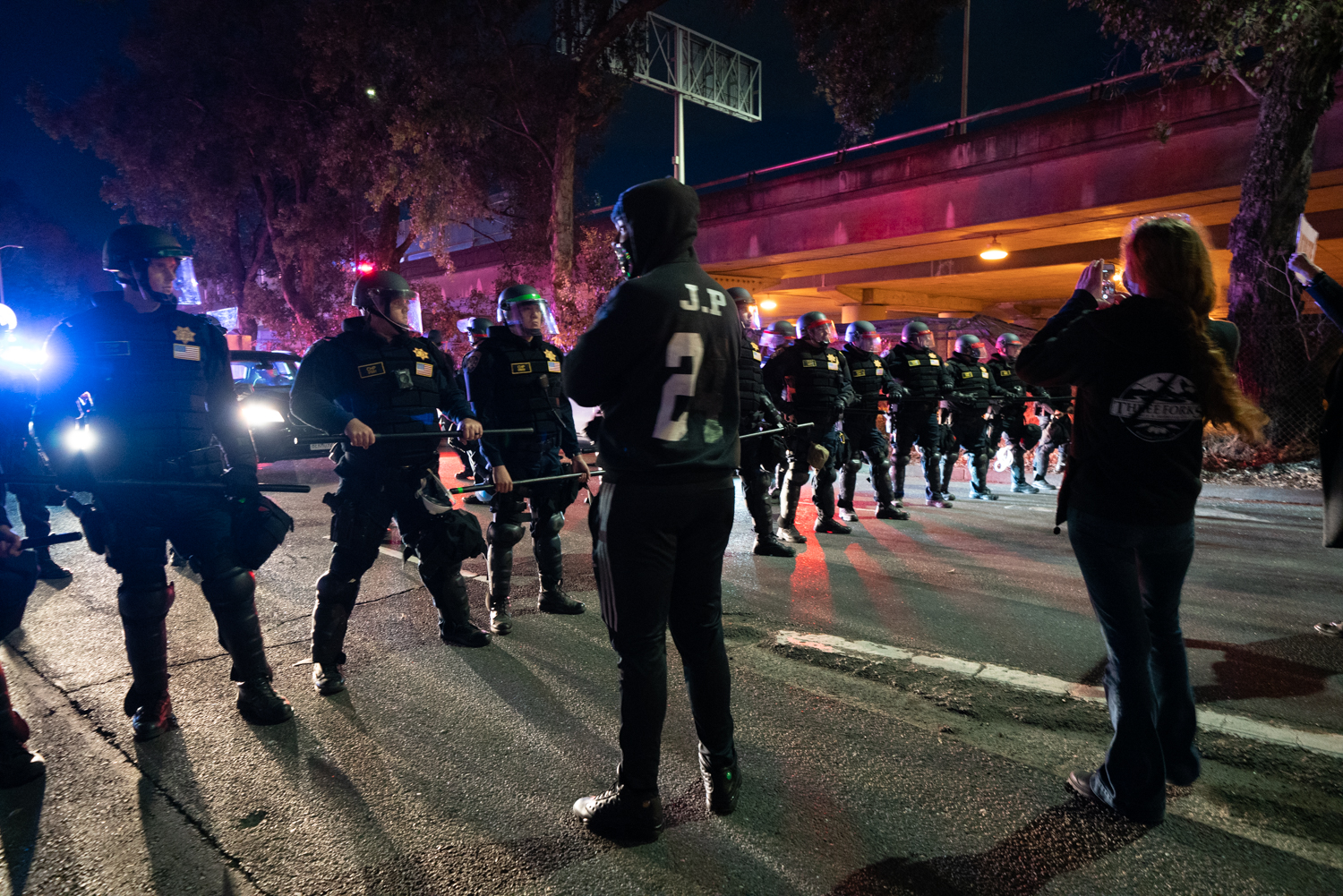 State and local leaders responded to Pres. Donald Trump’s threat this week to send federal troops to Oakland, Chicago, and other cities run by Democratic leaders, vowing to fight the move in court if necessary.

Trump had already drawn national outrage and the ire of officials in Portland, Ore., where federal law enforcement agents have been filmed committing violence against protesters and accused of detaining others without due process since arriving in the city earlier this month.

“We’re sending law enforcement,” Trump told reporters on Monday. “We can’t let this happen to the cities.” He named Baltimore, Chicago, Detroit, New York City, Oakland – which he called “a mess,” though it was unclear what he was referring to – and Philadelphia as cities where agents could be deployed, accusing mayors in those cities of not doing enough to address chaotic protests in some cities and recent spikes in violence in others.

“We’re not going to let this happen in our country, all run by liberal Democrats,” Trump went on.

The Department of Homeland Security deployed federal law enforcement agents to Portland in early July against the wishes of local elected officials and Oregon’s governor.

The head of DHS has said the agents were sent in to protect federal property from destruction by protesters and that officers have been respectful of protesters’ rights.

But protesters have documented consistent instances of abuse. Earlier this month, a protester was hospitalized with critical injuries after a U.S. Marshall shot him with supposedly less-lethal ammunition.

Last weekend, a video surfaced of a federal agent beating a Navy veteran with a baton and another pepper-spraying him in the face. His hand and arm were fractured.

On Monday, a group of mothers who had formed a “wall of moms” to protect protesters was hit with tear gas and rubber bullets. Meanwhile, several videos have shown unidentified federal agents grabbing protesters and whisking them away in unmarked vehicles.

I am here outside the Federal Courthouse in Downtown Portland, where a crowd of mothers have gathered again after being tear gassed last night by feds.

This is one of the largest Portland crowds we have seen this month. pic.twitter.com/QuAwj8xvD2

Trump, who in June declared himself the “law and order president,” has been accused by Democrats of using the federal crackdown to rile up his base in an attempt to boost his poll numbers.

Trump has trailed presumed-Democratic presidential nominee Joe Biden by double digits in national polling recently. Some experts have called Trump’s move to send federal police officers to cities without invitation from local leaders illegal, risking a constitutional crisis as local and state leaders threaten to sue to stop him.

Oakland hasn’t seen a clash between police and protesters since June, so local leaders and officials have said the presence of federal agents would be unnecessary. On Monday, Gov. Gavin Newsom said he had not received warning from Trump that he might send federal officers to Oakland.

“We are not experiencing any civil unrest right now. But the presence of Trump-ordered military troops to Oakland would likely incite it,” Schaaf added.

Oakland needs COVID relief – not troops – from our President. He should stop slandering diverse, progressive cities like Oakland in his racist dog whistles and divisive campaign tactics. pic.twitter.com/rcAOIMkkOf