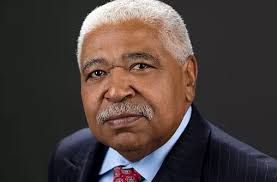 The Alameda County Superior Court on Tuesday invalidated the City of Oakland’s action to declare that Measure AA had passed.

Last December, the City Council convened a special meeting to certify passage of Measure AA, the Oakland Children’s Initiative to support early childhood education, even though the measure failed to receive the two-thirds vote that the city attorney said was necessary for passage at the ballot box.

The Jobs and Housing Coalition and other plaintiffs filed suit.  The court agreed with the plaintiffs that the city could not change the vote requirement after the election.

“This was a victory and demonstrates that our commitment to good government was well founded.  It is unfortunate that we had to safeguard Oakland businesses, residents and taxpayers through litigation,” said Greg McConnell, president and CEO of the Jobs and Housing Coalition.

“Regardless of the merits of the measure – and who doesn’t like children – the city’s decision to ignore the will of the voters is a stunning rebuke to the democratic process, and represents a huge breach of trust to businesses, residents and taxpayers,” McConnell said.

The coalition of plaintiffs included the Jobs and Housing Coalition, several homeowners, and landlords owning property in the city.

“I am grateful that we are getting greater clarity from the courts that will help us know for sure where we stand if a similar situation were to come up again,” said Taylor.

Council President Rebecca Kaplan, who last spring had urged her colleagues not to collect the tax said the litigation outcome is in alignment with her proposal to the council.

“Despite heavy pressure to collect the tax during the ongoing litigation and the summary judgement it is a good thing that the city hadn’t already collected a bunch of taxes. I am thankful that the City is now not wasting vast sums of money and trouble in having to deal with a refunding process,” said Kaplan.

“We are pleased that the court agreed with us that the Council action to declare Measure AA as passed was in correct,” said Bergen. “Our concern was that the public had been informed of the 2/3rds vote of the people and it was not right to change the rules. Trying to declare it passed when it was not, was a fraud on the people.”