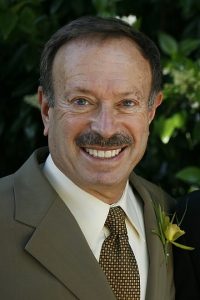 The Greenlining Institute announced that Robert (Bob) Gnaizda, one of the organization’s co-founders and a ferocious advocate for racial and economic justice, passed away on Saturday, July 11, 2020.

A community luminary and longtime civil rights advocate, Gnaizda was one of the key leaders who put together the multi-ethnic racial and economic justice coalition that eventually became The Greenlining Institute in 1993.

At first, he and fellow co-founder John Gamboa were the organization’s sole staff members, formulating a strategy that used the Community Reinvestment Act to push banks to lend and invest in long-redlined communities of color. His warnings about the growth of predatory lending in the early 2000s led to him being interviewed in the award-winning documentary about the 2008 crash, “Inside Job.”

“Bob is one of the most underappreciated civil rights leaders of our time because he never cared about being honored or celebrated, he cared about the work,” Gamboa said.

“Before racial and economic justice was a popular hashtag, Bob was bold enough to say what others wouldn’t and brave enough to do what most wouldn’t,” said Greenlining Board Co-Chair Tunua Thrash-Ntuk. “He wielded a pen and paper that was guided by his vast and unrivaled knowledge of our national economic and banking system. Coupled by his love of people, Bob never shrank in the face of the racial justice fight against outsized circumstance — be it a financially endowed CEO, a Federal Reserve Chairman or a powerful member of Congress or the Cabinet. His uncanny knack for strategy yielded Greenlining and the communities it serves countless wins that bent the arc of justice toward righteousness.”

Greenlining’s current president and CEO Debra Gore-Mann had nothing but praise for Gnaizda.  “Since the mid-1970’s, Bob was a tireless leader who created community around a simple, shared and powerful vision,” she said. That vision was “to bring together grassroots community leaders from the African American, Asian American, Latino and disabled communities to both fight institutionalized discrimination and redlining and to proactively bring investments and opportunity into these communities.

“Bob was fearless,” Gore Mann said. “He and John Gamboa forced big banks and other institutions to listen, and brought billions of dollars in investment into communities that had been redlined.”

Orson Aguilar, who led Greenlining after Gnaizda and Gamboa retired, said his predecessor was a social justice creative genius. “He mixed his vast legal skills with a creative organizing approach that often mixed baseball statistics with current and historic events,” Aguilar said. “He always sought to uplift leaders of color and never backed away from talking about race. Nobody has worked harder than Bob to build a long-lasting, multi-ethnic coalition. Bob had an enormous spirit that will leave a long-lasting impact on all of us who were fortunate to have worked alongside him in our march towards social and racial justice.”

Ortensia Lopez, another co-founder and longtime Greenlining Institute board member said Gnaizda was a brilliant lawyer, advocate and comrade for social and economic equity for, with and in our communities. “Bob was always ahead of his time and always had great insights and strategies to address our issues. I am honored, privileged and thankful to have worked with him on so many issues.”

A private funeral for Robert Gnaizda will take place in Petaluma on Saturday, July 18, 2020. Plans for a public online memorial are being developed and will be announced later.

To learn more about The Greenlining Institute, visit www.greenlining.org.