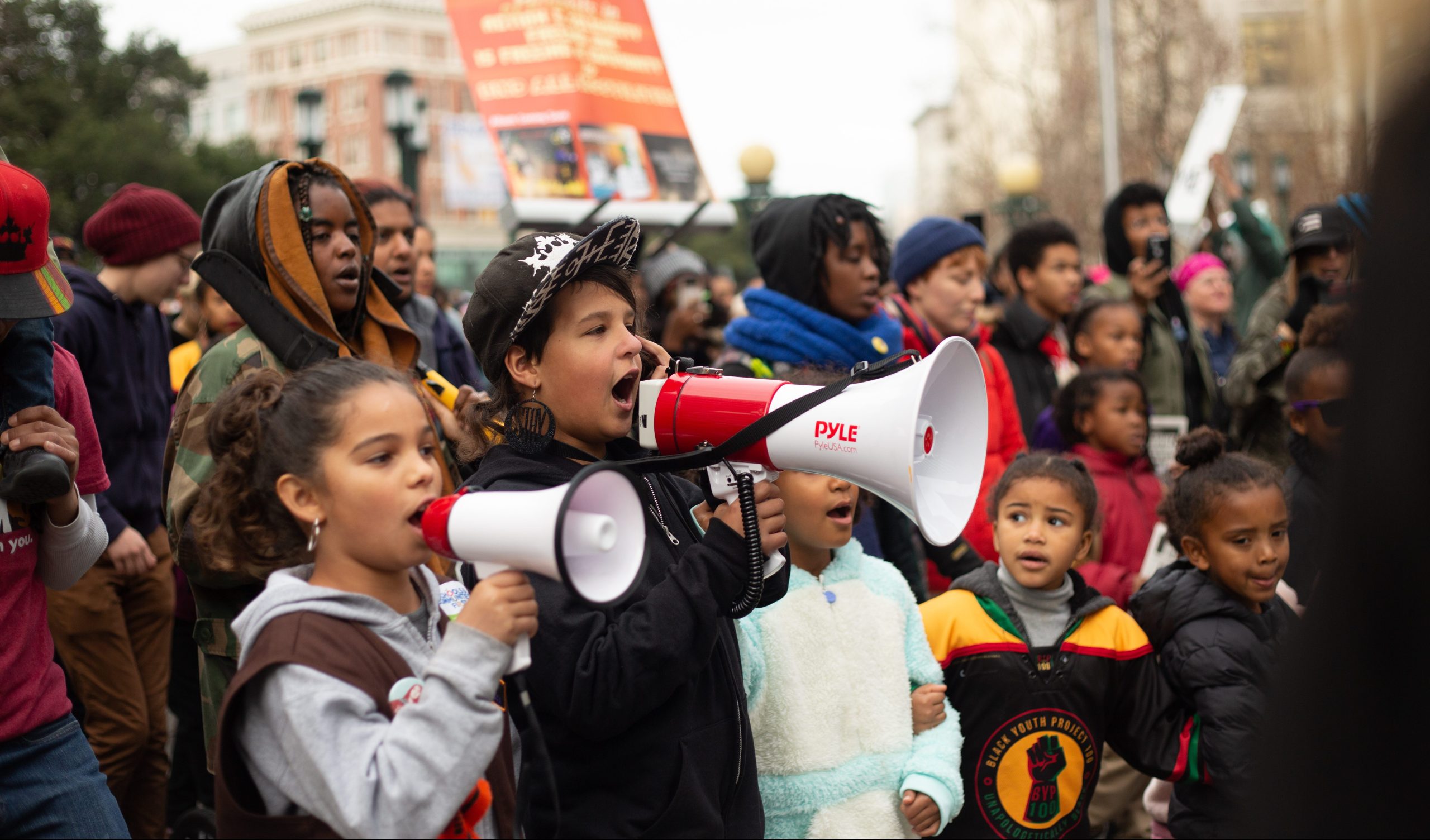 Thousands of people gathered at Frank Ogawa Plaza on Jan. 20 to participate in
Oakland’s  6th annual March and Rally to Reclaim Martin Luther King Jr.’s Radical Legacy.
Oaklanders rallied and marched through the streets led by local youth groups, who called
attention to the housing crisis, police brutality, the climate crisis and opposed war with Iran, among other topics.

The day began with story-time and music for children, organized by Abundant
Beginnings — a local community education project. At about 10 a.m. young capoeira students from Omulu Capoeira in downtown Oakland performed in front of a small crowd.

A youth activist rally was the highlight of the morning, followed by a youth march led
by the Radical Monarchs, an activist organization for young girls of color. Parents marched
alongside their children, pushing strollers and singing chants. 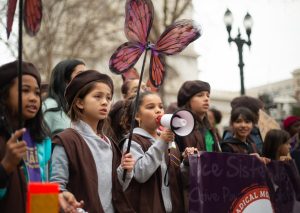 The Radical Monarchs, an activist organization for young girls of color led the youth march on Jan.20. Photo by Saskia Hatvany. 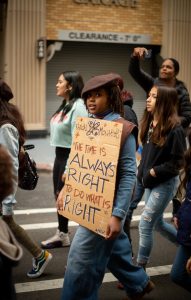 A march led by local youth activists circled the streets around Frank Ogawa Plaza in Oakland. Photo by Saskia Hatvany.

Around noon, several speakers addressed a crowd that had grown to at least a
thousand people. Local activist and co-founder of Anti Police Terror Project (APTP) Cat Brooks highlighted climate change in her speech.

“I am so grateful that this generation has taken on this fight,” she said. “It is our babies
that will save us and save mama earth, and we adults need to shut up and listen and follow their lead because we made this damn mess and they are cleaning it up.”

Seventeen-year-old Oakland activist Isha Clark also addressed the crown on behalf of
Youth vs. Apocalypse, a local group of young climate activists.
“The fight against this climate crisis is really a fight against all systems of oppression that
are fundamental to our world,” said Clark. “We fight against environmental injustice because if working-class communities of color like West Oakland were not viewed as disposable, we would not have this climate crisis.” 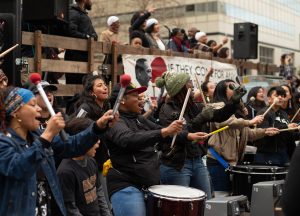 A drumming performance during the MLK Day rally in Oakland. Photo by Saskia Hatvany. 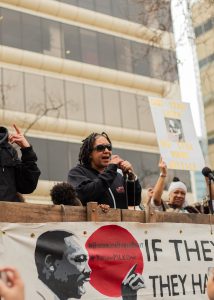 Moms 4 Housing, which is currently working on a deal with the City of Oakland and
corporate homeowner Wedgewood, also attended the march and was shown much support
throughout the day. Councilmember Niki Fortunato Bas and Assemblymember Rob Bonta also attended the rally.

After gathering at 14th and Broadway, the protesters marched down 14th Street to the
Alameda County Sheriff’s Office at 1401 Lakeside Drive, across from Lake Merritt, where
speakers denounced Sheriff Greg Ahern’s recent use of tanks and military gear to evict the
Moms4Housing.

The day was concluded with a closing ceremony organized by APTP in collaboration
with local organization Lead to Life. In a Facebook post following the event, the group wrote: “Lead to Life had the blessing to offer ceremony to close the Reclaim King March, to rebuke the spirit of white supremacy, displacement, gentrification, and police brutality, and to celebrate the victory, labor, and vision of the Moms For Housing movement. Last night’s ceremony was about publicly offering the mothers in our community the space to rest and be received and witnessed for their immense labor.”

The Miraculous Legacy Continues on With Dr. Jenee Scott, Pastor