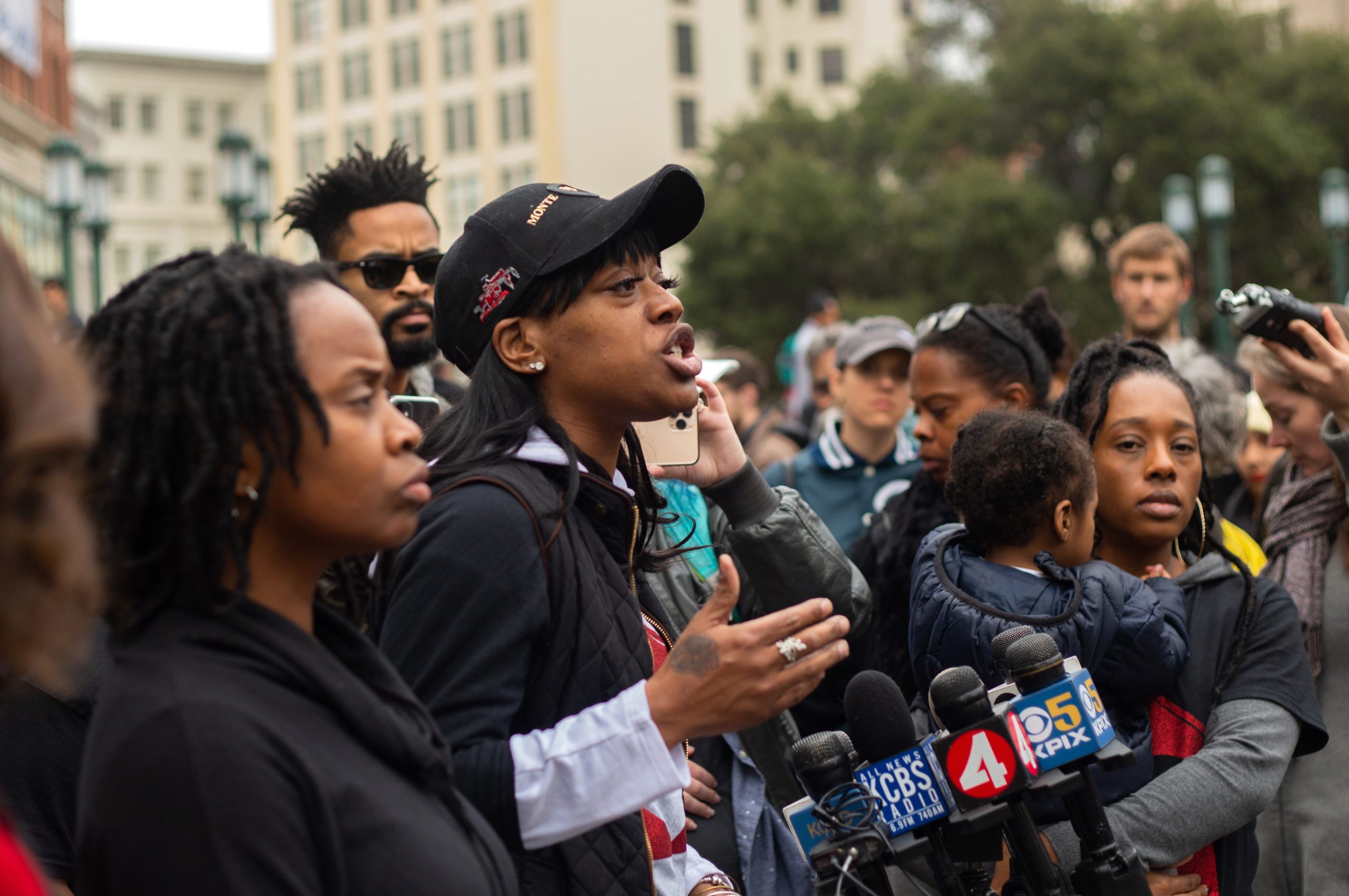 Homeless moms who were forcibly evicted from a vacant Oakland house where they lived for two months without permission from the home’s corporate owner, announced on Monday that Wedgewood Inc. had agreed to sell the home to a community nonprofit.

Wedgewood will sell the house on Magnolia Street to Oakland Community Land Trust, Mayor Libby Schaaf announced at a press conference earlier that day. The nonprofit plans to renovate the house and allow the Moms 4 Housing group to live and operate their organization out of the property.

“This is what happens when we organize, when people come together to build the beloved community,” Dominique Walker of Moms 4 Housing said in a statement on Monday Jan. 20, the holiday honoring civil rights leader Martin Luther King Jr.  “Today we honor Dr. King’s radical legacy by taking Oakland back from banks and corporations,” said Walker.

Surrounded by a cheering crowd at a press conference Monday, Walker thanked the numerous supporters who had stood in solidarity with the moms over the two-month period.

“This movement does not end today, with us, with that house on Magnolia street, we will not stop organizing and fighting until all unhoused folks who want shelter have shelter,” she said. 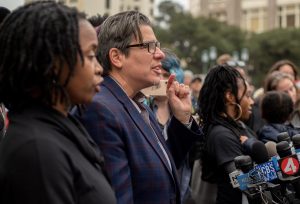 Councilmember Nikki Fortunato Bas and Oakland City Council President Rebecca Kaplan were present to show their ongoing support for the movement, and announced that they are working on a “Tenant Opportunity to Purchase Act”— a local piece of legislation that will give tenants the opportunity to purchase their homes with land trust and co-operatives.

“Today we are taking a moment to celebrate this incredible victory that was accomplished by community acting together,” said Kaplan, who also said that she and Bas had been calling for Wedgwood to sell the house to the moms for “weeks.”

“We can’t let homes sit vacant while people are living on our streets. And we can’t keep allowing homes to end up in the hands of flippers who won’t make them available for our community,” said Kaplan.

Member of Mom’s 4 Housing Misty Cross said that the moms are still recovering from the whole process. “We’re still hurting, there’s still pain here. We went to jail, we were dragged out, we were taken away from our kids, we stood up and put our bodies on the line for something that should not have happened,” she said. “No-one has given us a public apology. There is a problem there with that.”

But Cross also urged the public to stay focused on the bigger picture. “Why don’t we ask [Wedgewood] what changed their heart — ask our mayor what changed her heart?”

Carroll Fife, director of the Oakland office for the Alliance of Californians for Community Empowerment (ACCE) criticized the city’s overall handling of the affair. “The way that the Alameda county sheriffs came in to enact an eviction notice on mothers and children is shameful…there is nothing they can say to justify the use of tanks, with a Tourette that shoots out military-grade weapons…we demand accountability,” she said.

The path to this victory was paved by a lot of hard work. ACCE campaigned for a year with the Oakland Community Land Trust to create a city fund  to take land off of the speculative market by acquiring properties. With the leadership of Councilmember Bas, the city council in June passed a balanced budget with $12 million allocated to create a municipal fund supporting community land trusts and limited equity housing cooperatives.