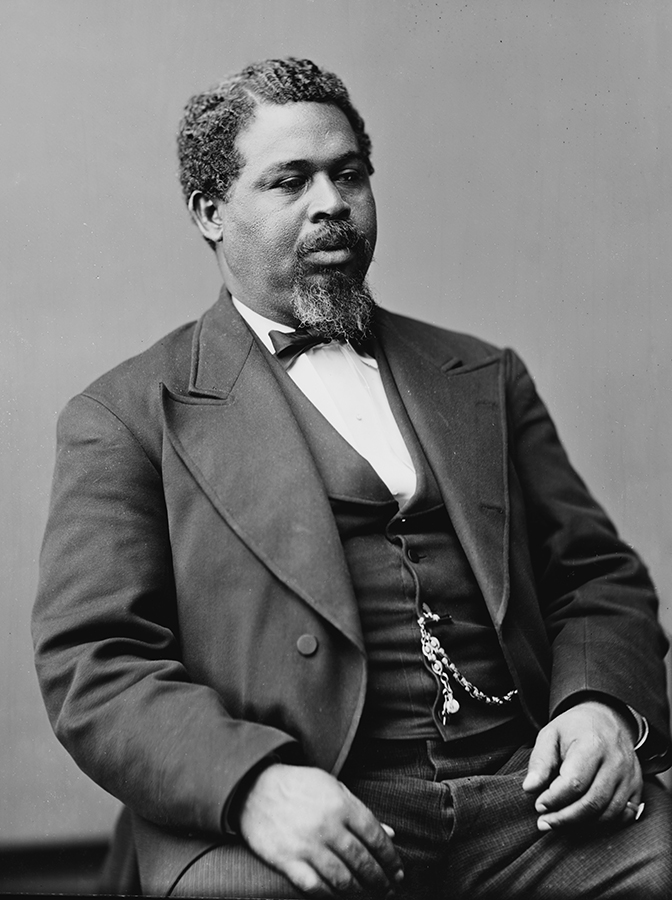 Robert Smalls (1839–1915) met Hannah Jones at age 16. The two soon married, moved in an apartment in Charleston, S.C., and worked at a nearby hotel. Despite their union, Smalls’ greatest fear was that his family, at any moment, would be sold away from him. By 1862, this threat had become a reality.

The asking price for Hannah and the children had been set at $800. Anticipating that day, Smalls, having worked several odd jobs in Charleston, had put money away. But saving was difficult. For every $15 earned, he was only able to keep $1. The remaining monies went to his owner.

Smalls then took on additional jobs. It still wasn’t enough. When he made an offer to purchase his family, he only had $100. Knowing that no matter how many additional jobs he worked his family would be sold, he had to move quickly. Smalls devised a plan to make his job on the CSS Planter work to his advantage.

It was May 13, 1862. Smalls, along with a crew of fellow slaves, boarded a cotton steamer off the dock. At a set rendezvous point, they picked up family members. With Smalls as captain, the steamer found its way through the harbor. Having worked as a pilot on the steamer, he knew exactly what to do.

Smalls responded to coded signals at Confederate checkpoints. Once cleared, he set out for the open seas. Once beyond Confederate waters, the CSS Plantar surrendered to the blockading Union fleet. On that day, the unimaginable took place: An enslaved Black man commandeering an armed Confederate ship, delivered 17 Black passengers to freedom, including Hannah and his children.

The New York Daily Tribune reported: “If each one of the generals in our army had displayed as much coolness and courage as [Smalls] did when he saluted the Rebel flag and steamed past the Rebel fort, by this time the rebellion would have been among the things that were [past].”

A few weeks after surrendering the CSS Plantar, Smalls and his crew received half of the ship’s value from the U.S. Congress. In addition, Smalls was awarded $1,500 and an audience with Pres. Abraham Lincoln. After the meeting, he joined the U.S. Navy. Blacks, at that time, had not been allowed to join.

During his military service, Smalls’ mission aboard the USS Plantar was to reveal locations of enemy mines. He also recruited about 5,000 Black soldiers. He fought battles not only at sea but also for civil rights.

In 1864, Smalls boarded a whites-only streetcar while traveling in Philadelphia. Well known in civil rights groups, he gathered others to protest segregation of public transportation. After three years of protest, Philadelphia’s streetcars were integrated.

After the Civil War, Smalls was commissioned as a brigadier general, served five terms in Congress, and helped found the state Republican Party.

Smalls died in 1915 at what is now called the Robert Smalls House, a historic home at 511 Prince St. in Beaufort, S.C. He’d purchased it from his former owner after the war.