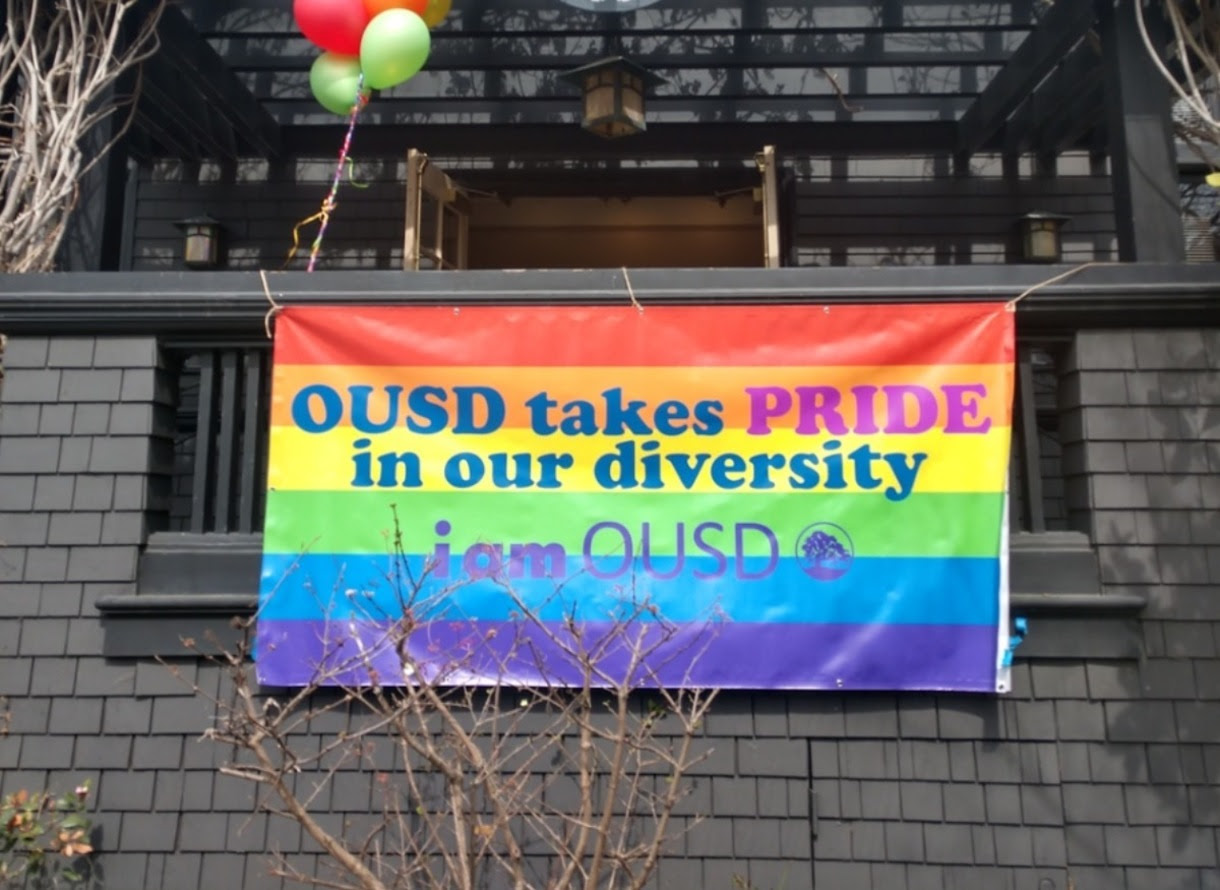 Students from across Oakland came together recently for an event that celebrates the city’s well-known diversity.

It was OUSD’s Fifth Annual Gender & Sexuality Alliance (GSA) Day when all young people were welcomed into a safe space where they could express who they are. “This event means a lot to our students because it allows them to be themselves and be free and be in a very supportive space with a bunch of allies,” said Relonda McGhee, who advises the GSA club at McClymonds High School.

Designed to increase community building and decrease social isolation by meeting other LGBTQ students and their allies within the district, the community celebration featured activities and workshops that aim to increase the health and wellness of all participants.

“I think a lot of people are afraid that because of the environment that our president creates, and just the things that are now OK and acceptable to do and say, as he is our president, makes the country feel unsafe and makes a lot of people feel unsafe and feel that they will be rejected or beaten or things like that, physically attacked,” said Molly Lee, a junior at Oakland Technical High School. “So, it’s especially important that we have these very safe environments where you know people are going to accept you and going to respect you.” 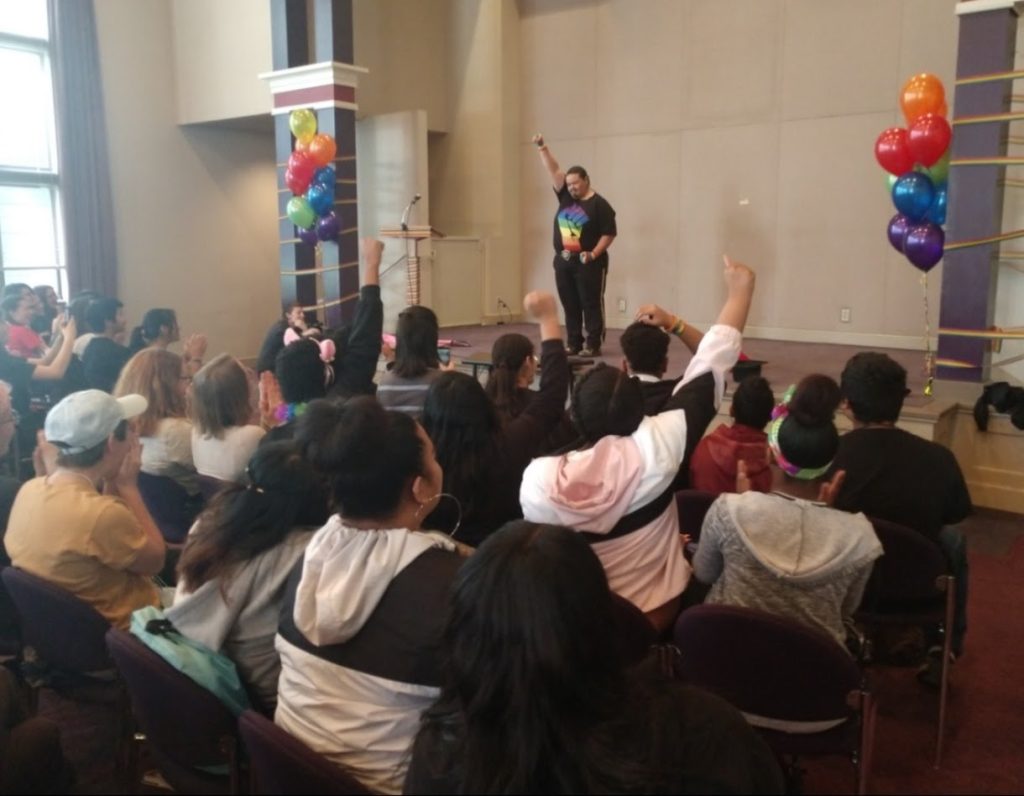 At GSA Day, adults and students lead workshops on topics such as: being LGBTQ and of Color, being LGBTQ and a person of faith, coming out to friends and family, gender/non-binary student support, and how to be an amazing ally. “I think that for different people, there are certain circumstances where they don’t feel safe, as in any public area. Because not everybody will share the same ideals, or be as open to who you are as a being,” said Toni Bazalaki, a senior at Street Academy. “And here, we’re built around making connections with people and communicating on a deeper level.”

The Gender & Sexuality Alliance clubs exist at almost every middle and high school in OUSD to bring students closer together.