Opinion: Donald Trump is Not Alone Among Americans in Failing to Understand What a Real Lynching Is
Advertisement 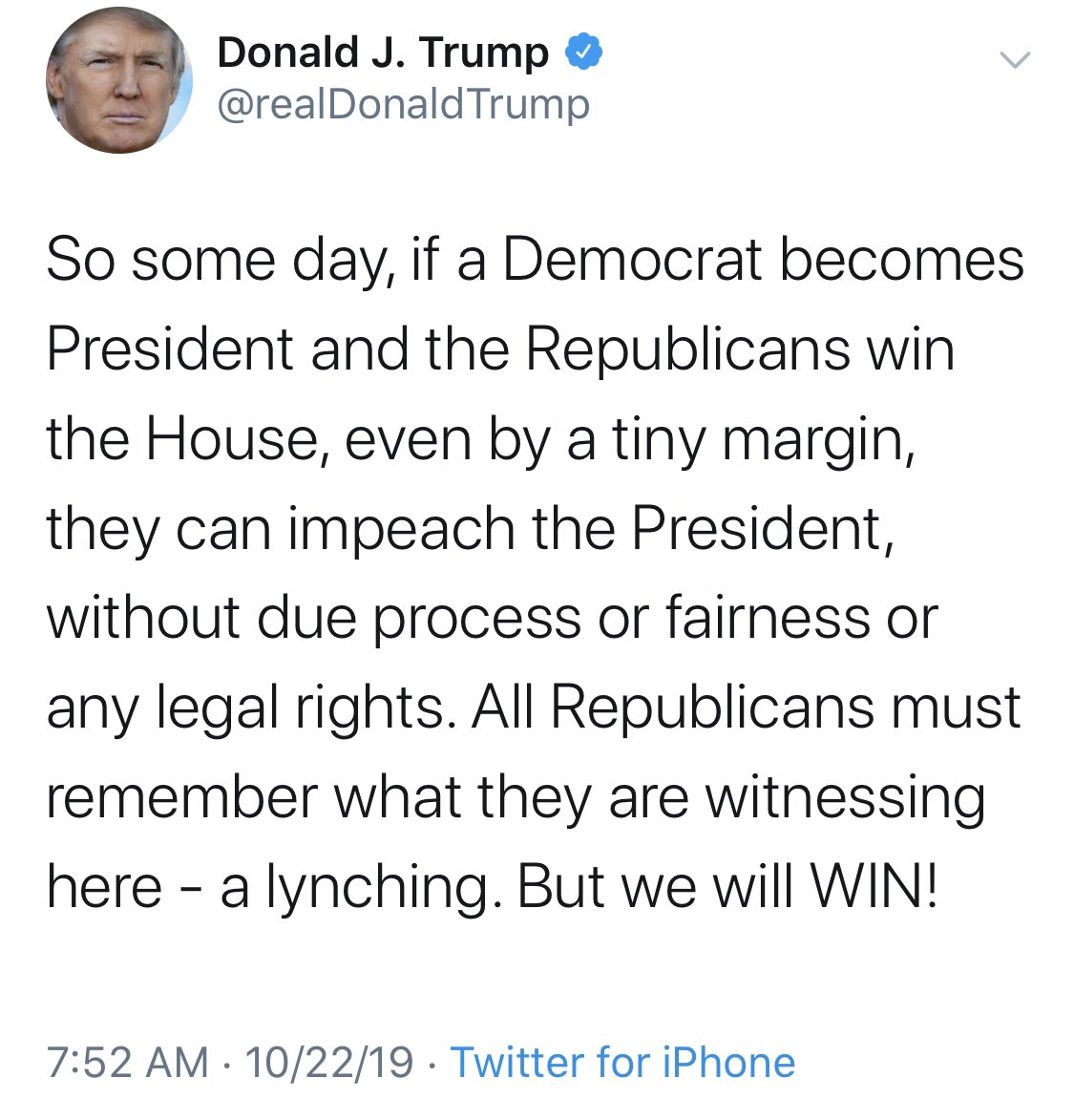 Donald Trump’s use of the term “lynching” to describe the ongoing impeachment inquiry in the House naturally sparked bipartisan outrage.

The president and his shameless apologist, South Carolina’s Sen. Lindsey Graham, defended the use of the word, with Graham calling the investigation a “lynching in every sense.”

Surely Graham, who comes from a state that, the Equal Justice Initiative reports, lynched 187 Black people between 1877 and 1950, should know better. He was a member of the Senate when it voted unanimously in December 2018 to make lynching a federal crime, calling the act “the ultimate expression of racism in the U.S.,” and classifying it as a hate crime.

Trump’s casual use of the word is an indication of the sad reality that America has largely failed to address the role of racial terror and violence in our history, and its legacy in distorting our criminal justice system.

The myths of Black criminality that were used to justify racial terror have never been adequately confronted and are reflected in the unprecedented — and still racially skewed — mass incarceration in America.

To this day, no Congress has passed, and no president has signed into law, a bill to outlaw lynching as a federal hate crime.

Trump defended himself, saying that lynching is a “word that many Democrats have used.” That’s true, but that only reinforces the need to confront the truth of the past. In the former states of the Confederacy, lynching and racial terror were used purposefully after the Civil War to reimpose racial subordination and segregation.

In its compelling report, “Lynching in America: Confronting the Legacy of Racial Terror,” the Equal Justice Initiative compiled records of 4,075 “racial terror lynchings” of African Americans in 12 states of the South from the post-Civil War Reconstruction era to World War II. The report shows that “terror lynchings in the American South were not isolated hate crimes committed by rogue vigilantes. Lynching was targeted racial violence at the core of a systematic campaign of terror perpetrated in furtherance of an unjust social order.”

Whatever complaints Republicans may have about an impeachment hearing convened in Congress under its constitutional authority, it surely is not a lynching.

Lynching in the South was not done by fringes of the society taking the law in their own hands. It was often organized by the community’s most prominent people and condoned by officials. Lynchings were often gruesome public spectacles, with victims tortured and murdered in front of picnicking spectators. Their intent was not simply to terrorize Blacks, but to reinforce among whites the myth that Blacks were sub-human.

They were not about controlling crime, but about racial control. Their perpetrators were celebrated, not prosecuted. The Equal Justice Initiative reports that only 1 percent of those committing lynchings were convicted of a criminal offense after 1900. Racial terror in the South succeeded in re-establishing white rule and Black subordination after the Civil War. With whites in control of the criminal justice system, lynching became less prevalent, with mass incarceration and capital punishment taking its place.

Bryan Stevenson of the Equal Justice Initiative has led the effort to create a process for remembering and confronting this shameful past and understanding its legacies in our present. He notes that communities across the South have memorials to the leaders of the Confederacy and the Ku Klux Klan, but have failed to memorialize the innocent victims of racial terror. The contrast with countries like Germany and South Africa, that have sought to learn from the horrors of their history, is dramatic.

For 100 years, the National Association for the Advancement of Colored People campaigned to make lynching a federal crime, initially in the hope that federal intervention would bring the perpetrators to justice, and finally as an expression of truth-telling. The efforts were always blocked by filibusters organized by southern senators.

In June 2019, the House Judiciary Committee put forth HR 35, the Emmett Till Anti-Lynching Act, for a vote before the House.

Trump’s egregious comment provide the occasion for truth-telling. The House and the Senate should finally act together to put the anti-lynching bill on the president’s desk for his signature, and join in a national teach-in, perhaps a joint session of the Congress — to educate Americans about the reality of lynching and the lies it spread that still need to be dispelled.

Opinion: ‘Our Community, Our Voice, We Speak for Us!’

Opinion: Why Fund Empty Prisons Instead of Full Schools?