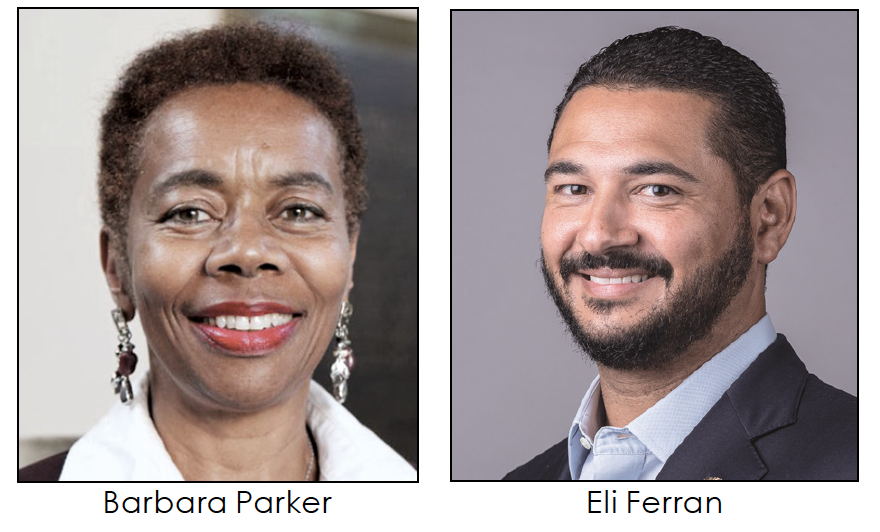 The community committee to recommend electoral endorsements for City Attorney interviewed the candidates for that office. Based on our discussion, we asked civil rights attorney Walter Riley, a committee member, to write an explanation of our decision to recommend “No Endorsement.”

We are unable to endorse a candidate for Oakland City Attorney.

Eli Ferran, a candidate for city attorney, worked in the City Attorney office for more than a decade before he left this year and decided to run to replace Barbara Parker, who is seeking another term, as city attorney. Both candidates have impressive endorsements. Neither has an impressive record to warrant such endorsement.

“The City Attorney’s Office must apply an equity lens in all of its work from legislative recommendations, policy, and enforcement in order to dismantle institutional racism embedded within the City of Oakland…

The City Attorney’s Office can be a powerful tool against all forms of injustice by proactively upholding the law… I will investigate and prosecute those seeking to inflict harm on our communities: from employment and housing discrimination to environmental degradation, from wage theft to consumer fraud…” Ferran does not have a record of advocacy in the community that provides confidence in his experience and ability to fulfill this promise.

The incumbent, Barbara Parker, has not provided the independence and leadership Oakland deserves. 82% of Oakland voters passed the ballot measure establishing the police review commission. Barbara Parker continues to undermine the will of the people for effective and independent citizen review. Even though the city attorney should provide nonpartisan advice to all agencies including the city council, she has been at odds with the council and demonstrated her alliances and political differences.

The immediate call from the voters in Oakland has been to tackle systemic racism, particularly in policing and housing.  We need a city attorney to lead in this effort.