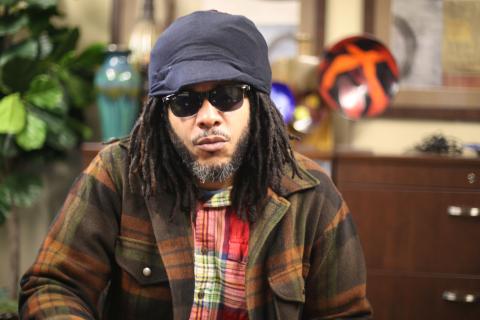 Kali Onaje Ray, director of the renowned San Francisco Black Film Festival, died on Aug. 7, 2020, from complications of a stroke. He was 48.

He was born on July 9, 1972, in San Francisco to Ave Montague and Walter Ray.

During his teenage years, when he attended San Francisco’s Serra High School and then San Mateo High School for his senior year, Ray was a graffiti artist and used the tag “O’Ray.”

He attended college at Clark University in Atlanta and studied communications, eventually becoming a graphic and web designer.

It was Ray’s mother, Ave Montague Ray, who was the founder of the San Francisco Black Film Festival (SFBFF) in 1998, and when she died of a stroke in January of 2009 at 64, Ray took over as its director.

“Kali picked up the mantle to carry on with his mom’s legacy,” said San Francisco Mayor London Breed in a statement posted on the festival’s web site. “I am so grateful to have known and worked with Kali and will always remember him as a thoughtful and caring man.”

Ray suffered a stroke on July 28 and was hospitalized and died on Aug. 7 a few days after the original concluding date of Aug. 2 for the virtual SFBFF. The festival has been extended through Aug. 30.

More than the SFBFF’s director, Ray was an institution in the Fillmore as a photographer, videographer, and documentary filmmaker. He also managed restaurant websites, and, pre-pandemic, he worked nights as the doorman and DJ Greenlove at the Boom Boom Room. He also produced the Salsa Festival at the Fillmore Center.

SFBFF is normally held in June to coincide with Juneteenth, but was delayed and became a virtual event that began on July 17. It will continue its run through Aug.30 under the direction with Ray’s widow, Katera Crossley, and their children.

Ray was preceded in death by his mother and leaves behind to mourn his memory his wife, Katera;  daughter Cree Ray of San Diego, sons Ahmad Clayton of San Francisco and Kali Ray Jr. of Atlanta; father Walter Ray of Little Elm, Texas; brothers Kwasi Ray of Charlotte, N.C., Andre Johnson of Folsom and Darryl Johnson of San Francisco, and sister Rhonda McClinton of DeRidder, La.

Contributions can be made to the GoFundMe page.  https://www.gofundme.com/f/kali-oray-of-sfbff

Wire reports and web site sources contributed to this story.