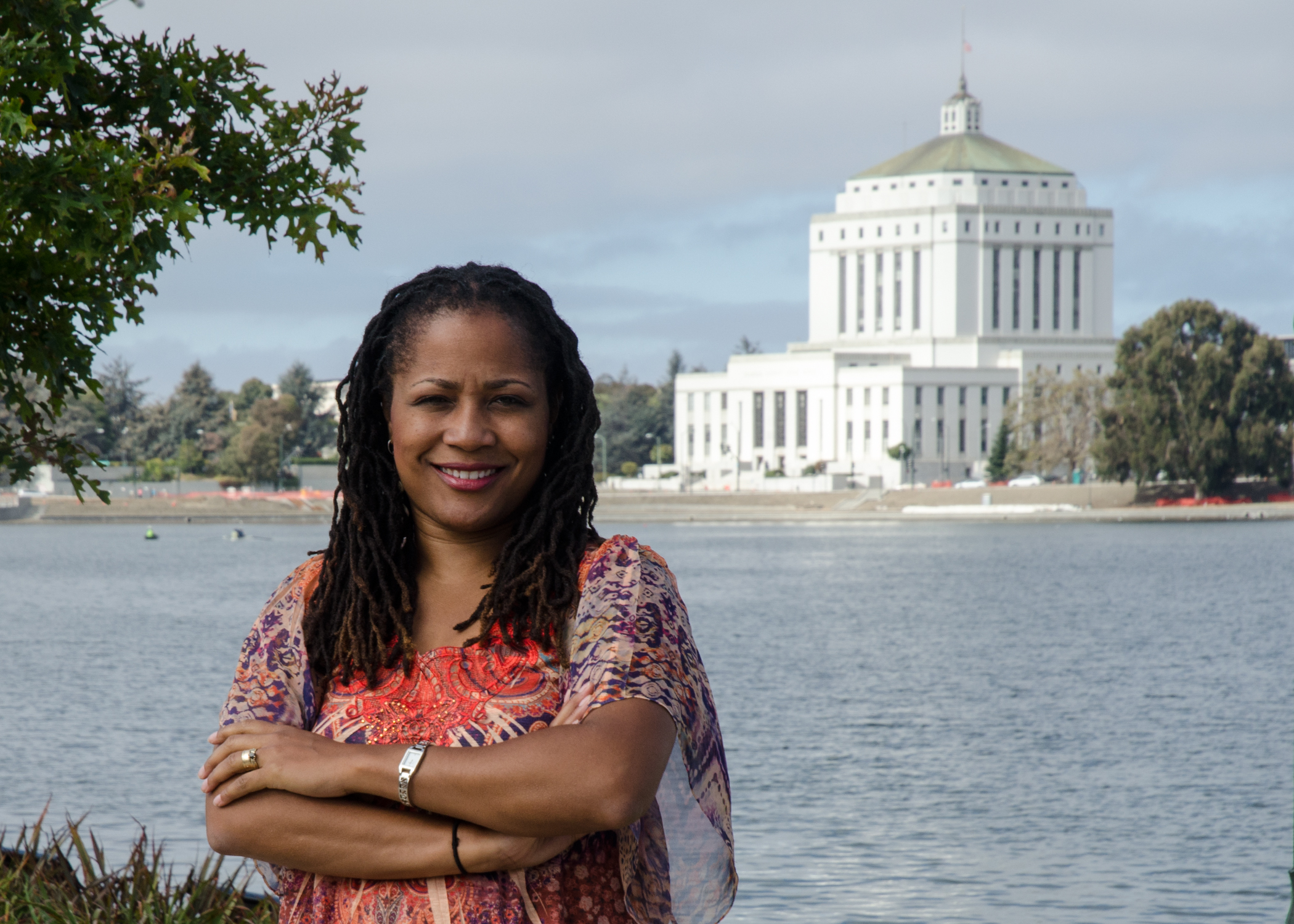 With six candidates running to represent District 3 for the Oakland City Council, McElhaney has her work cut out as an incumbent already in her second term. The other five candidates running are Carroll Fife, Seneca Scott, Meron Semedar, Alexus Taylor, and Faye Taylor. District 3 includes West Oakland, Downtown/Uptown, Jack London, Pill Hill/KONO, the Lake and the Port of Oakland.

Lynette was born in San Diego and self describes as “a child of Southern immigrants.” She is married and currently lives in West Oakland.  She attended UC Berkeley for her undergraduate work.

McElhaney was the first Black woman to be elected President of the Oakland City Council in 2015 during her first term.

She is the Chair of Oakland’s Finance Committee; sits on the East Bay Economic Development Alliance  Board, the Association of Bay Area Governments is on the executive committees for the Youth Ventures JPA, and Coliseum Authority, and the Alameda County and Oakland Community Action Program.

Housing and homelessness are central issues for District 3.  On this issue, McElhaney touts her housing work and the “creation of a Proactive Rental Inspection service to ensure safe dwellings for families and their children and protect them for predatory landlords.”

She is on record as being in favor of “trailers, not tiny homes.”

On racial injustice and the effectiveness of policing she states that the city of Oakland is ten years behind in systems and IT development and needs to invest in that structure to better audit and allocate funding.

She wants the “best value for taxpayers, communities, and workers.”

McElhaney has worked for affordable housing for 20 years.  She authored Measure JJ in 2016 that expanded “just cause eviction” among other benefits.

In 2015 she was named by the San Francisco Business Times’ as one of the “most influential women in Bay Area business.”

Recently, The Oaklandside reported five current councilmembers are alleged to have accepted laundered money on a land deal, McElhaney being one of them along with Sheng Thao (not up for re-election), Rebecca Kaplan, Larry Reid (not seeking re-election) and Dan Kalb.

Previously McElhaney got a reduced fine from the Oakland Commission in 2018 from $8,625 to $2,550 for receiving a gift from a restricted source because of free services she got from an architect involving a government decision in which she had a financial interest.

During her tenure as city council member McElhaney has helped create the Department of Violence Prevention, “which seeks to implement community-focused and community lead strategies to drastically reduce homicides, domestic violence, and the sexual exploitation of children”.

McElhaney is responsible along with Donald Lacy for the adoption of “Love Life” as Oakland’s Motto in 2017 in honor of Lacy’s 16-year-old daughter LoEshe (translation from Nigerian dialect is “love life” Lacy and others who were the victims of violence.

The hope was that by adopting the motto it would “send a clear message that honors residents who have lost their lives to gun violence and speak hope and healing to the communities of residents who are dedicated to living robust lives.”

The motto was added to “Welcome to Oakland” signs.