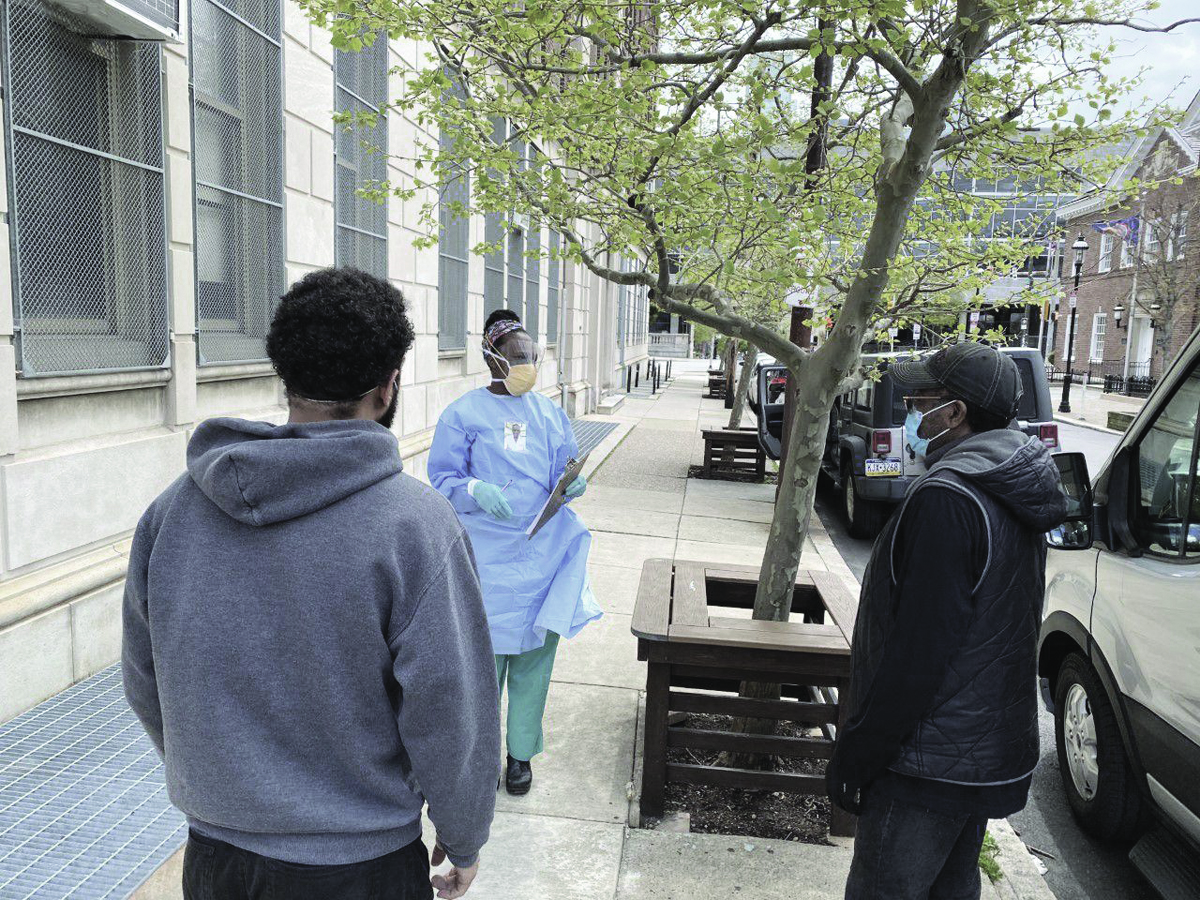 Pediatric surgeon Ala Stanford and 30 other doctors in Philadelphia have taken COVID-19 testing to people after getting calls from family and friends worried that they had the virus but could not get tested. Their major concern was people that don’t have a car and therefore do not have access to drive-through testing sites.

Black Doctors COVID-19 Consortium is stepping in to address that concern and accessibility to testing in poor communities of color.

Philadelphia residents in higher-income areas were being tested six times more than those living in poor neighborhoods.

Data shows that one-third of deaths related to COVID-19 nationwide have been African American.  In Philadelphia, African Americans represent 44% of the population but constitute 52% of those infected. “For me, that was unacceptable,” said Stanford.

“There are too many of us dying and some of the measures that can decrease transmission we can’t do because the tests are not equally accessible to everyone.”

Stanford runs a medical consulting firm, has a private practice in Jenkintown and is on staff at Abington Jefferson Health.  She and her colleagues had testing kits on hand, so they put their supplies together and Stanford, with two other doctors and two medical students, went out to the community with a van.  They are testing approximately 200 people per day.  Their goal is to test 1000 per week.

Stanford reflected on why Black people in Philadelphia might come into contact with COVID-19 more often than white people, and why they might be less likely to get tested.  She noted lack of access to health insurance as being the problem for a big portion of Philadelphia’s working-class ­— a large portion of which is Black.

“We are many of the forward-facing employees.  We’re driving the buses, we’re driving and maintaining the subways and trains.  We are the post office workers, we are in the grocery stores, we’re ringing people up at the pharmacies.”

Thomas Jefferson University Hospital, Einstein Medical Center and the city health department have expressed interest in partnering with the Consortium.