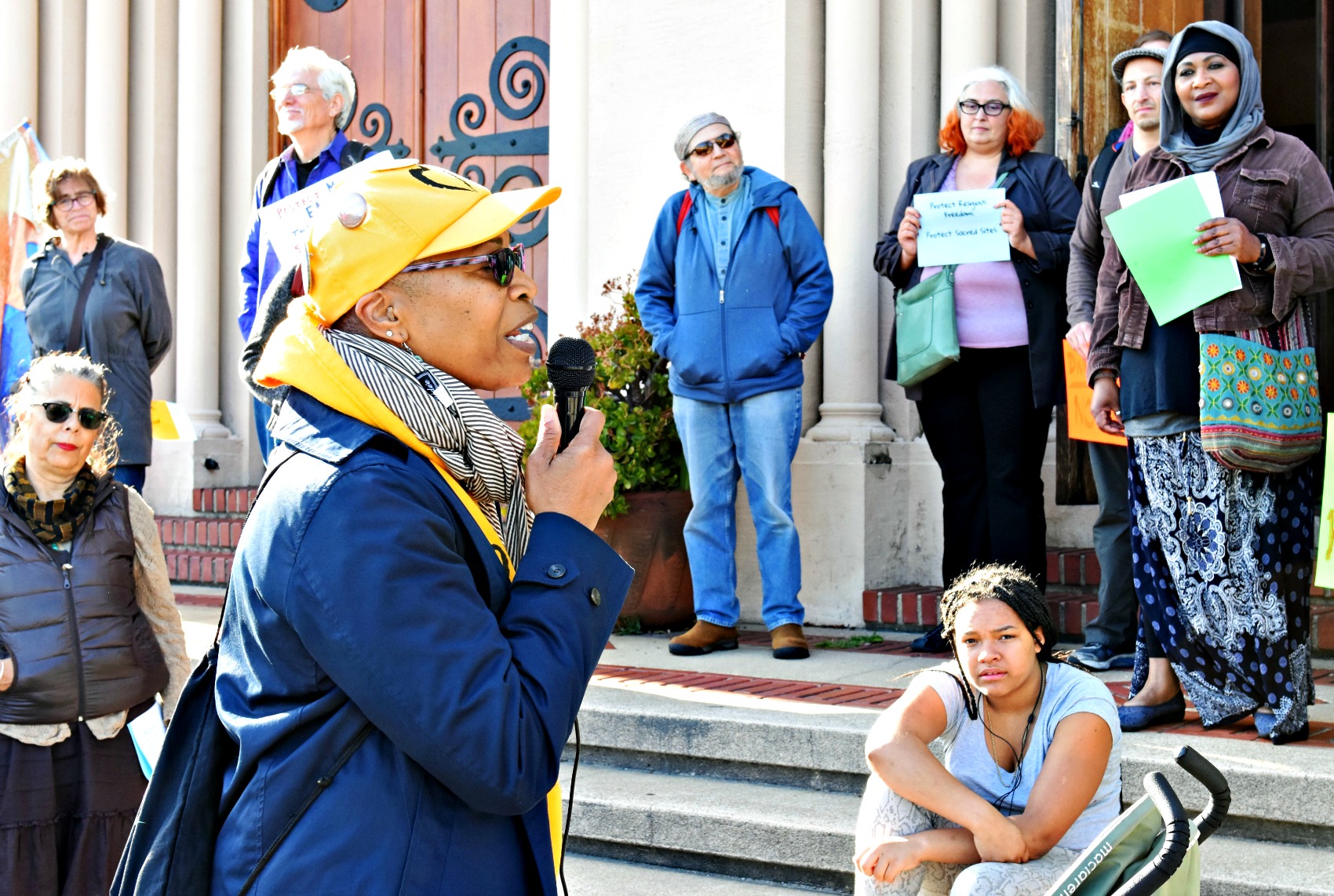 Faith leaders, Native activists, and community members held a march this week to protest the destruction of sacred burial sites and call for religious tolerance in the wake of the vandalism of Jewish cemeteries and the development of projects like the Dakota Access Pipeline (DAPL), which is a Dakota Tribe burial site.

A faith ceremony was held outside the First Congregational Church of Oakland on Harrison Street and then marched to Wells Fargo, Chase, Bank of America, and U.S. Bank, calling on the banks to divest from investments like the Dakota pipeline.

The Tuesday, March 21 march also stopped at a local Oakland Shellmound, a sacred Native burial site, that was destroyed for development.

Speakers urged the urged he public to shut down accounts with those banks as part of the #DeleteYourAccount campaign, which is growing nationally.

“While Americans across the country have expressed outrage about the vandalism of Jewish cemeteries, the Trump administration has given the green light to bulldoze the Dakota Tribe ’s sacred burial ground to build DAPL,” said Rev. Sandhya Jha, executive director of the Oakland Peace Center.

“To hold religious tolerance as a value, one must hold the same outrage for all sacred sites and protect them,” said Jha.

The march was co-sponsored by the First Congregational Church of Oakland, the Oakland Peace Center, and the Faith Alliance for a Moral Economy as part of Bay Resistance’s ongoing #ResistTrumpTuesday campaign.

In addition to the Dakota pipeline, which is the most famous Native site being destroyed, there are many local shellmounds, sacred Native burial sites, which have been destroyed or are currently facing the same fate.

The largest is the Ohlone Shellmound, which was about 6,000 years old and was destroyed to build a parking lot in West Berkeley. The remains of five bodies were recently extracted as part of the destruction of that site.

From Prison to Tech: Chrisfino Kenyatta Leal to Speak at Contra Costa County