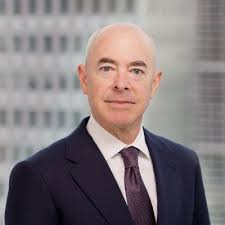 President-elect Joe Biden tapped Alejandro N. Mayorkas, to head the Dept. of Homeland Security when his administration begins in January.

Mayorkas, who is also known as “Ali”, was born November 24, 1959 in Havana, Cuba, was the Deputy Secretary of the United States Dept. of Homeland Security (DHS) from 2013 to 2016 under former Pres. Barack Obama.

Ali will be the first immigrant and first Latinx to head DHS if confirmed by the U.S. Senate.

Tweeted: “[w]hen I was very young, the United States provided my family and me a place of refuge. Now, I have been nominated to be the DHS Secretary and oversee the protection of all Americans and those who flee persecution in search of a better life for themselves and their loved ones.

“It is an honor to be nominated and entrusted by the president-elect to serve. It is no small task to lead the Dept. of Homeland Security. But I will work to restore faith in our institutions and protect our security here at home.”