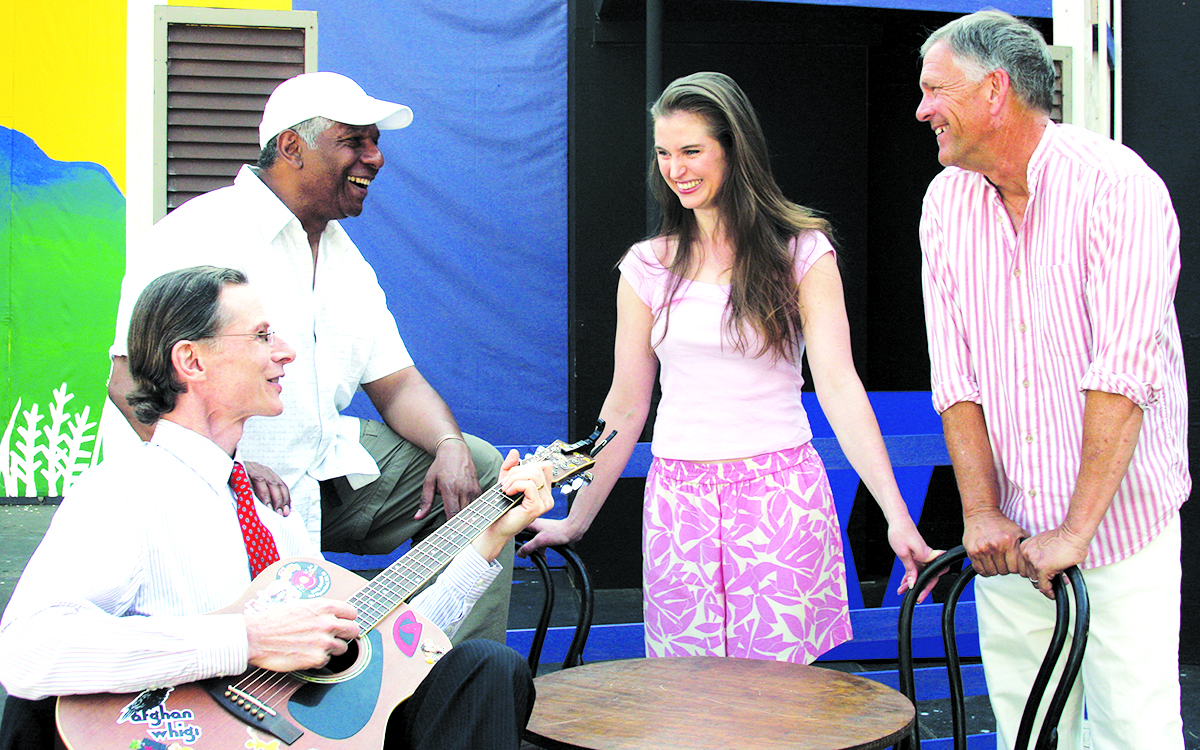 The opening show of the 51st season of Woodminster Summer Musicals is Mamma Mia!

This popular musical will be performed July 7-16 at Woodminster Amphitheater in Oakland’s Joaquin Miller Park, located on Joaquin Miller Road at upper Sanborn Drive in the Oakland hills.

“Mamma Mia!” follows the adventures of Sophie, a young woman who, before her own wedding, wants to discover the identity of her father.  Her mother, Donna, has never been forthcoming. So Sophie secretly invites three men from her mother’s past to her own wedding, on the sunny Greek island where she was conceived 20 years before.

“Mamma Mia!” is packed with upbeat ABBA songs including “Dancing Queen,” “Super Trouper,” “Gimme Gimme Gimme,” and “Take a Chance on Me.”

Says director Joel Schlader, “Mamma Mia is a really lighthearted show, and it’s going to be a very fun way to start the season. The music is so upbeat and infectious that even people who aren’t ABBA fans and don’t have a fond memory of disco music will dance their way out of the theater.  And the story is very funny and appealing, and even has something to say about generations in families, especially mothers and daughters. Everybody is going to have a great time at Mamma Mia!”

Tickets for summer musicals at Woodminster Amphitheater range from $31 to $64, with a $2 discount for seniors 62 and older.