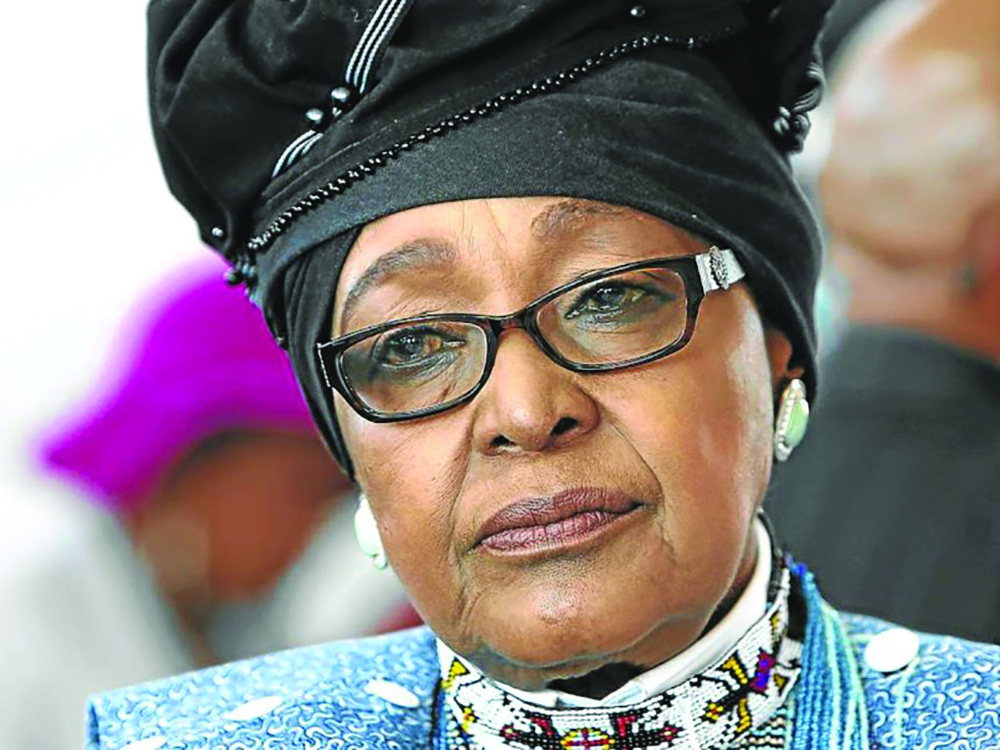 Winnie Madikizela-Mandela, the former wife of South Africa’s first democratically elected president Nelson Mandela, died April 2 at a hospital in Johannesburg. She was 81 years old. Her family has confirmed that she was hospitalized for an illness earlier this year.
She was born Nomzamo Winifred Zanyiwe Madikizela in a remote area of South Africa called Pondoland on Sept. 26, 1936.
Before, during and after her marriage to Nelson Mandela, “Winnie” (as she was called) had a mind for social progress. It was soon after she earned her degree from the Jan H. Hofmeyr School of Social Work in Johannesburg that she met Nelson Mandela.
Their marriage existed within their resistance to the oppressive laws the apartheid regime would impose. Mrs. Madikizela-Mandela’s first arrest for her activism was in 1958, during protests against laws that limited Black women’s mobility.
Her bravery and strength during this time earned her respect beyond her years as Nelson Mandela’s wife. At the time of her death, she was still called the “Mother of the Nation.”
Since the end of apartheid in 1994, Mrs. Madikizela-Mandela served many roles in the South African government, from member of Parliament to head of the African National Congress’ Women’s League. But she also criticized the ANC for its inability to address continued economic inequality, and the neglect of millions of Black South Africans in poverty.
But before the end of apartheid, she was fearsome. She had undergone torture and interrogation without breaking. She advocated for violent reactions to the violent regime. In 1986, she started the Mandela United Football Club, which many considered to be her own personal gang.
In 1996, she apologized for the “gross violations of human rights” committed by herself and Mandela United. A few years later, she was again one of the most popular politicians in the country, still hailed as a hero.
Related Topics:apartheidSouth AfricaWinnie Mandela
Up Next