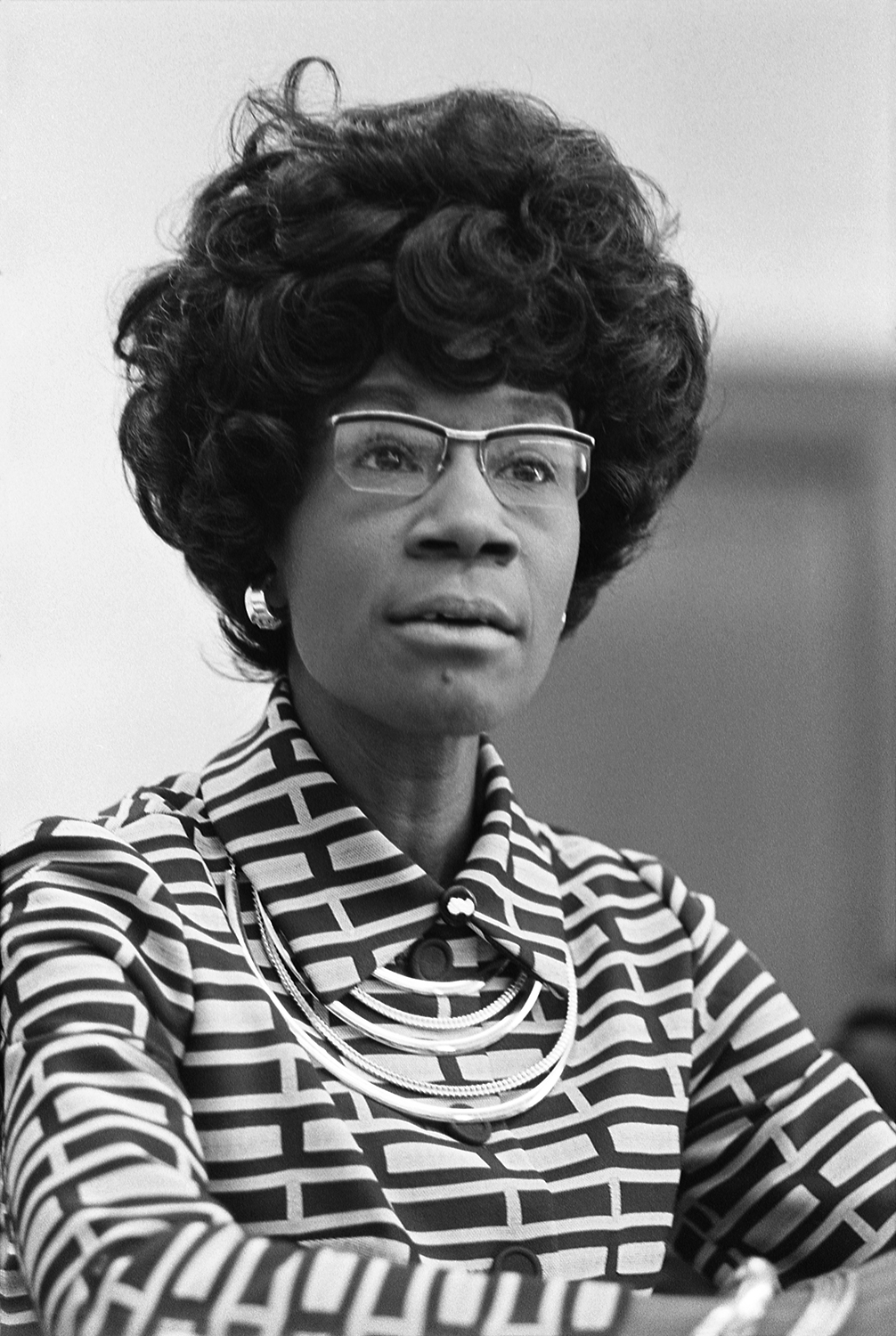 A Brooklyn native and the oldest of four daughters, Shirley Anita St. Hill Chisholm graduated from Brooklyn Girls’ High (1942), Brooklyn College (1946), and Columbia University (1951). A prize-winning debater, her career began as a nursery school teacher. But this daughter of Barbadian immigrants, filled with passion and determination, wanted to stand for something.

Despite encouragement to channel her energy and passion for equality into pursuing a career in politics, Chisholm (1924–2005) felt that being a Black woman presented a “double handicap.” Still, she would find the courage to fuel her 1964 run for the New York State Legislature and represent the 12th Congressional District of New York for seven terms (1968–1982), earning a reputation for diligent work on minority, women’s, and peace issues.

And this was just the beginning.

Robert Gottlieb, who at the time was hired as the student coordinator for Chisholm’s campaign, told Smithsonian Magazine: “[Chisholm] was unafraid of anybody … Her slogan was ‘unbought and unbossed.’ She was really unbossed.”

The campaign, according to Gottlieb, got off to a bumpy start.

Discrimination didn’t stop there. Chisholm was blocked from participating in televised primary debates. This led her to take legal action; she was then allowed only one speech. Despite her campaign being severely underfunded and having to endure negative arguments from members of the predominantly male Congressional Black Caucus, Chisholm continued.

Although she persevered, Chisholm was unable to garner support from the groups that might have carried her to Washington: women and minorities. Black male voters did not rally in her company, and feminists were split. Still, she forged ahead.

Co-founder of the National Women’s Political Caucus (1971), Chisholm stood up for racial and gender equality, the plight of the poor, and ending the Vietnam War. She became the first Black woman and second woman ever to serve on the House Rules Committee (1977). She retired from Congress (1983), helped form the National Political Congress of Black Women (1984), taught politics and women’s studies (1983–1987), and served as the ambassador to Jamaica during Pres. Bill Clinton’s first term.

One of Chisholm’s quotes, “Service is the rent we pay for the privilege of living on this earth,” serves as a reminder of her lifelong determination. She died in 2005.