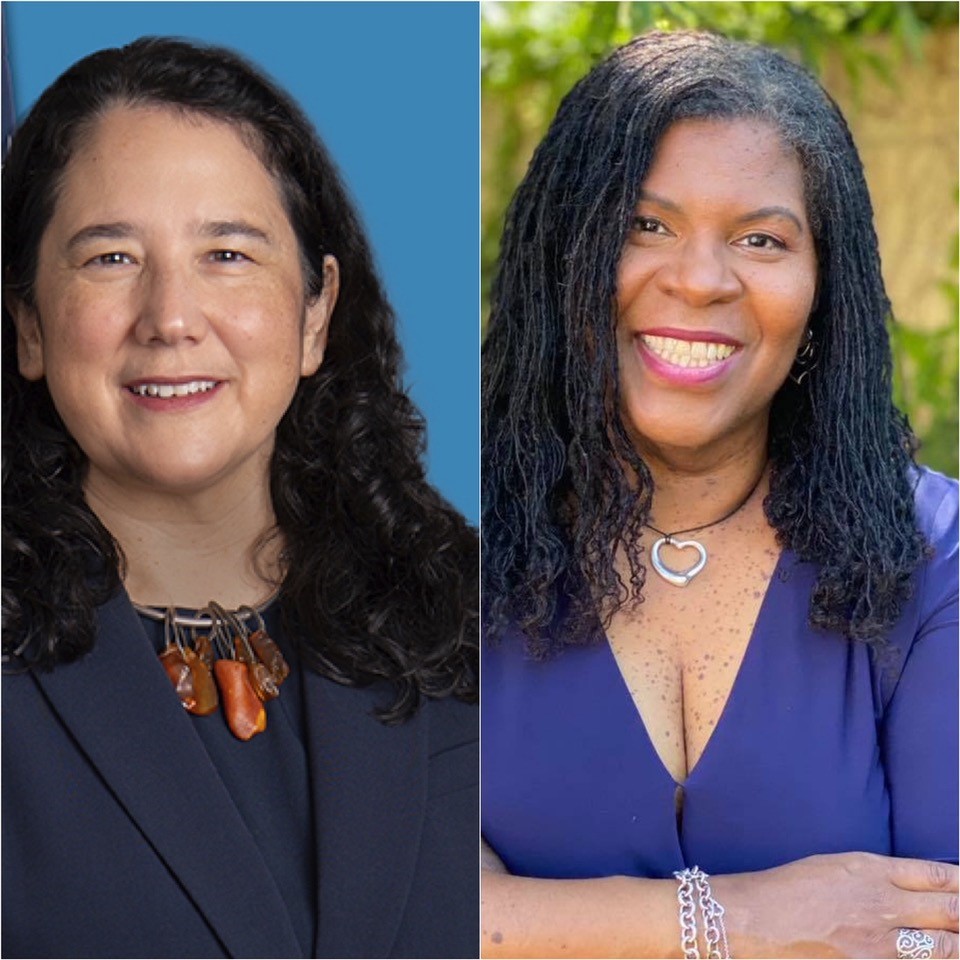 Last week, Gov. Gavin Newsom announced that he had appointed Tara Lynn Gray, 57, of Fresno, as director of the California Office of the Small Business Advocate (CalOSBA).

In that role, Gray, who is African American, replaces Isabel Guzman, who was appointed by Pres. Joe Biden as the 27th administrator of the Small Business Administration in January. Last week in Wash., D.C., with an 81-17 vote, the United States Senate confirmed Guzman’s nomination. She is Latina.

In California, Gray is expected to begin working immediately since the Small Business Advocate position does not require State Senate confirmation.

Now, working with similar mandates — one in a federal Cabinet position and the other at the top-level of state government — Guzman and Gray have become the de facto leading advocates for the almost 4 million small businesses in California, which, in aggregate, hire more than 7 million people and account for more than 99% of all Golden State businesses.

Together, the women will be responsible for directing tens of billions of dollars in emergency and ongoing budgetary funding to California small businesses.

CalOSBA is part of the Governor’s Office of Business and Economic Development (GO-Biz), which serves as the state’s main apparatus leading economic development programs designed to boost job growth and business assistance efforts.

“Tara is a tireless and effective leader in California’s small business community and the right choice at this pivotal time,” she said.  “As the state of California continues its recovery, Tara will turn advocacy into action, get results for small businesses, and ensure our diverse small business owners and entrepreneurs are at the table driving towards an equitable and inclusive economic recovery.”

GO-Biz offers a range of growth and support services to California business owners, including permit streamlining, clearing of regulatory hurdles, international trade development assistance, and more, according to the governor’s office. The governor has also charged the office to manage more than $2 billion in COVID-19 relief funding targeted to small businesses, non-profits and cultural institutions across California.

A Burbank resident, Guzman earned her bachelor’s degree at the University of Pennsylvania Wharton School of Business. As SBA Administrator, she will lead the federal agency with 9,000 employees and represent the interests of the country’s estimated 30 million small businesses.

In addition, she will oversee key parts of the Biden-Harris administration’s $1.9 trillion stimulus American Rescue Plan, including relief funding for small businesses like the Paycheck Protection Program and the Shuttered Venue Operators Grant Program.

“Throughout my public and private sector career, I have been dedicated to helping small businesses grow and succeed,” Guzman said during her Senate confirmation hearing. “Now more than ever, our impacted small businesses need our support, and the SBA stands ready to help them reopen and thrive.”

Before Newsom appointed Guzman to serve as CalOSBA director in 2019, she served as the SBA’s deputy chief of staff and senior advisor during the Obama-Biden Administration.

Before Gray accepted the top role at CalOSBA last week, she had been serving as the Chief Executive Officer of YADARI Enterprises for the last 16 years. YADARI is a tech consulting firm with headquarters in Vallejo.

Currently, Gray is also president and CEO of Fresno Metro Black Chamber of Commerce (FMBCC), a position she has held since 2017.  FMBCC is a community-based organization that advances the interests of African American entrepreneurs in the Central Valley with programs that focus on advocacy and economic development.

Before that, Gray held a number of leadership positions at technology firms, including president of Ecopia Information Technology Consulting from 2000 to 2002 and Senior Telecommunications and Project Manager and Network Engineer for Kaiser Foundation Health Plan from 1995 to 1999. She has also served in top management roles at Lotus Development Corporation and Ross-Dove Company Auctioneers.

Gray holds a master’s degree in Christian Studies from Grand Canyon University in Arizona and a Bachelor’s in Business Management from Saint Mary’s College in Contra Costa County.

In addition to her many professional accomplishments, Gray is actively involved in the social, civic and religious life of Fresno as well as the broader African American community across California.  She is a member of Black Women Organized for Political Action (BWOPA), Abundant Life Worship Center, Zeta Phi Beta Sorority, the California Black Chamber of Commerce and Chamber Foundation, and the California Small Business Employer Advisory Council.

Over 1,000 Bay Area March in Solidarity with Asians Against Hate and Violence