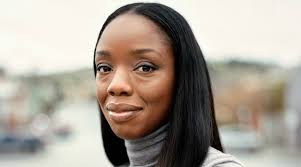 Nadine Burke Harris is California’s first Surgeon General, a role that consists of a number of high-level internal governmental obligations as well as a significant amount of public-facing responsibility. In addition to advising the governor on health matters, she is also the state’s “public health spokesperson,” Burke Harris told California Black Media.

“Probably the biggest part of my job is that I translate science into information that people can use to help keep themselves healthy. That’s probably my favorite part of the job,” she says.

When asked what her biggest success has been regarding California’s pandemic-related public-health efforts, Burke-Harris focused on the state’s equity measures.

They include equity metrics within the state’s reopening blueprints for counties as well as an equity strategy within COVID-19 vaccine allocation that reserves 40% of vaccines for socio-economically disadvantaged communities.

She also mentioned her role as co-chair of the Community Vaccine Advisory Committee, which is part of the process of determining how California allocates and distributes its vaccines.

“I think our reopening blueprint really demonstrates how seriously California is taking the issue of equity because our whole notion is that we recognize that this pandemic is disproportionately hard on Black communities, and we really want to make sure that when we are reopening that we are doing an equitable reopening,” said Burke-Harris.

Prior to becoming California’s Surgeon General, Burke-Harris treated children as a pediatrician. She is the founder of the Center for Youth Wellness in the Bayview Hunters Point neighborhood of San Francisco. In her decade and a half working in the community, Burke-Harris saw how certain equity and accessibility issues would impact her patients’ ability to receive care.

Burke-Harris said, “There are a lot of little things that you realize. For example, I was just on a conversation where we were talking about how close a vaccine site has to be in order to be considered accessible. One of the things that I highlighted is that I live in San Francisco, and I have a car, so for me, something that’s five miles away is perfectly acceptable. But for the patients that I cared for, I had the experience of seeing how hard it is for someone who’s got two or three kids to take three buses across town to get where they have to go. Five miles away may not be accessible. That has certainly informed my role in the state and how I advise the governor.”

In addition to her work on the COVID-19 response, Burke-Harris has also continued her previous work on raising awareness about Adverse Childhood Experiences (ACEs) and how toxic stress affects children. A training initiative, which she began in January 2020, has now educated almost 20,000 doctors about how to identify and improve healthcare outcomes for people who have experienced ACEs.

As for her biggest challenge during the pandemic, she acknowledged a feeling of exhaustion. Such exhaustion, she says, is common among health care providers and others on the frontline of the COVID-19 response and relief efforts, after a full year of the pandemic.

“It’s been a real sprint. My colleagues in government, and especially in health and human services, have been working around the clock responding to this emergency. It’s a lot, it’s late at night, on the weekends, my family not seeing enough of me. I think that for all of us, just the endurance has been pretty intense,” Burke Harris says.

To help recover from the daily pressures of work, Burke Harris values self-care and family time. She makes an intentional effort to practice meditation as self-care when life gets hectic. As for family time, she enjoys game nights and snuggles from her children to cultivate joy. Also, her kids are quick to tell her when she seems stressed.

Burke Harris says, “I remember there was one point during the January surge that was really intense. I was having dinner with my family and my 8-year-old said, “Oh no, it looks like Mama lost her giggle.” At that moment, he just held up a mirror for me, and how much the intensity and the pressure of my work were coming into our family life. It just reinforced for me that no matter what I’ve got to keep that sense of playfulness with my kids.”