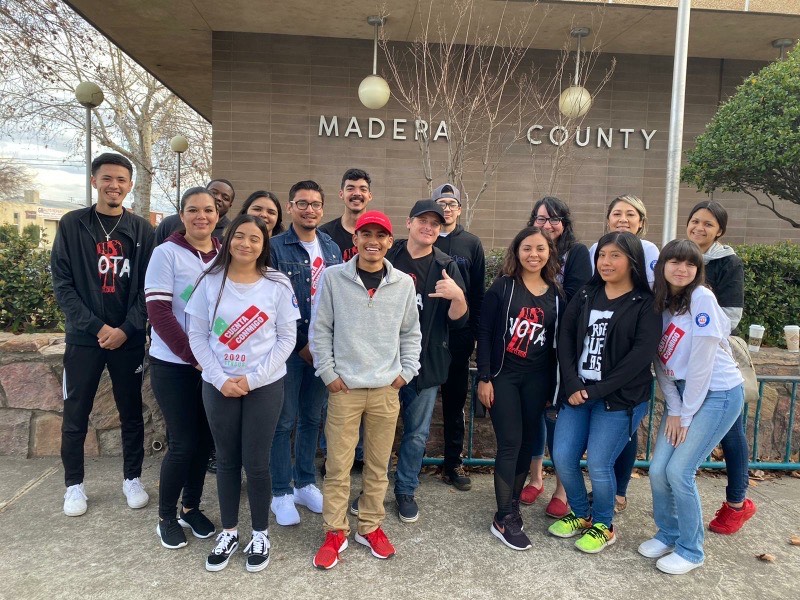 The Communities for a New California Education Fund (CNC), a non-profit 501(C) (3) human rights organization, is the administrator and community-based organization in region 4 for regional Census Business Offices. Working throughout 14 counties in Northern California, the CNC’s goal is to reach out to engage the hardest-to-count populations in those counties.

Samantha Valadez, Field Director for the CNC says her organization is primarily doing the field work to get the word out about the upcoming 2020 Census. “We’re knocking on doors, having one-on-one conversations with city residents and conducting phone banking,” said Valadez.

“We’re talking with people on an everyday basis,” added Valadez. “It’s not just a Monday through Friday work week. We also spend hours each weekend trying to reach people in those communities throughout the region which includes cities and counties of Sacramento, Stockton, Merced, Fresno and the San Joaquin, Central and Imperial Valleys.”

On a daily basis, CNC staffers reach over 4000 people to alert them about the Census and invite them to participate in the process. They’ve engaged 3000+ residents with face-to-face conversations and another 1,000 over the phone every day.

“Since July of 2019, we’ve engaged in conservations with over 155,000 families throughout our region,” said Valadez.  “When we first started our operations, there were concerns over whether the citizenship question would be asked. We expected a lot of families would not participate because of this fear.”

“Once we talked to families and assured them that the question would be not asked, we diffused that fear and any other misconceptions that would have made them hesitate to cooperate in the Census.  We’re really pleased with the response we’ve received from families in the region.”

Invitation to participate in the Census are currently being mailed out to residents, and respondents can fill out the Census forms now through April 1st via paper, phone or online. The purpose of the canvassing and door-knocking is to assure an accurate count in neighborhoods that are considered ‘unfinished’.

“Many ‘finished’ neighborhoods are places that families have everything they need to succeed, such as good roads, thriving schools, and readily-available medical services. These neighborhoods did not necessarily receive as much canvassing as the unfinished neighborhoods,” said Valadez.

“Our heaviest canvassing has taken place in neighborhoods where we want to ensure residents continue to receive services such as after-school programs, transportation, Medicaid and Medicare, neighborhood community programs and affordable housing.”

“In addition to our phone-banking and canvassing, together with our partners, we’ve also made available a vast array of 30-second videos in several different languages about the Census that residents can view online or by phone,” Valadez noted.  “They are an added value to the work that we’re doing in the field. The videos were created to combat language barriers in communities where people primarily speak their native languages.”

For more information on 2020 Census activities in counties throughout the San Joaquin Valley and surrounding areas, please contact Ms. Valadez at samanth@cncedfund.org or the local census office in your neighborhood.

Related Topics:2020 censusThe Communities for a New California Education Fund (CNC)
Up Next

A Bold Agenda of Change is Vital to Beating Donald Trump