Schaaf’s “Trump-like” Answer, She Denies Saying What She Said – But There Is Video Proof
Advertisement 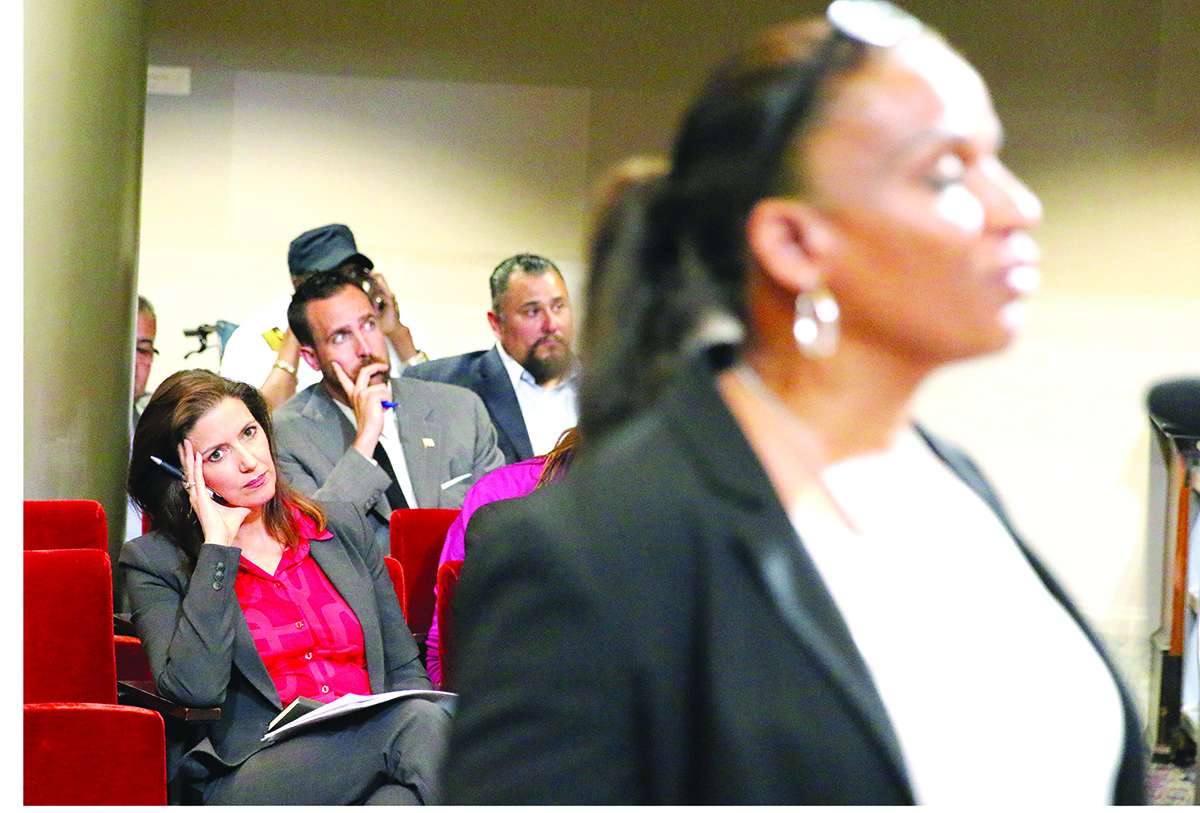 Oakland Mayor Libby Schaaf, speaking last week to a predominately Black audience, denied she had said she opposes Desley Brooks’ pre-apprenticeship job training proposal. However, the mayor was recorded in a television news interview accusing Brooks of undermining democracy by building up unrealistic hopes for jobs among Black and Latinos who wish to enter the construction trades.

Mayor Schaaf was questioned while she was speaking at an event hosted last Thursday by the Oakland Branch of the NAACP. Oakland Post Publisher Paul Cobb asked the mayor about her statement in the media that “we should not build up people’s hopes about the possibility of construction jobs,” said Cobb.

“She said, ‘I never said that. There you go again,’” according to Cobb.

However, in an interview on CBS Bay Area and 5KPIX, posted on April 13, Mayor Schaaf said, “To raise the hopes of residents that something like this can get done when the actual basis of the proposal is not possible under existing law is deceptive to residents,” Schaaf said. “And it is harmful to our democracy.”

The news program can be viewed online

Brooks proposal offers four different alternatives for the city to fund pre-apprenticeship training. The City Attorney has not issued a public opinion on the proposal, and Mayor Schaaf has not explained the basis for saying the proposed ordinance is not legal.

Brooks based her proposal on an existing city law, the “Percent for the Arts” ordinance, which requires developers to pay a small amount to help fund public arts projects.
Following up on Cobb’s question, activist Carroll Fife asked Mayor Schaaf to “explain how you compare a Black woman, Councilmember Desley Brooks, to a president who is a racist, sexist, warmongering sexual predator.”

“Schaaf replied: ‘Those were not my words,’” according to Fife.

However, in the television interview Mayor Schaaf said Brooks “is the councilmember who by others in the public has been nicknamed the Donald Trump of Oakland,” and went on to vigorously agree with the statement.

Post Salon: “How Should the  City Use Land That Belongs to the Public?” – This Sunday