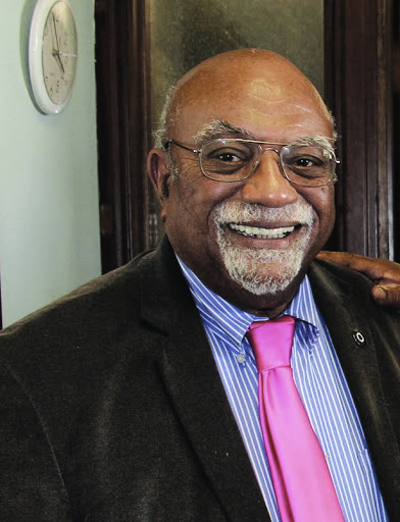 Post News Group Editor and Publisher Paul Cobb spoke Thursday on a segment on the daily morning news show, “UpFront,” about the negative impact of the COVID-19 pandemic on journalism and particularly the Black and ethnic media.

The radio show, hosted by Cat Brooks and Brian Edwards-Tiekert, noted that the public is massively turning to the media for information during this crisis. But at the same time, advertising revenue to support media outlets “has all but imploded,” as department stores, restaurants and other businesses suspend business or declare bankruptcy.

As of April, 33,000 media workers across the country have been laid off, furloughed or had their hours cut, according to the radio program.

Cobb said that 20 years ago there were 220 Black papers in the U.S. and today there are still 220. “We’ve managed to stay in the market,” he said.  “But the trends are ominous,” with the closing of many major companies that in the past did business with the Back media.

“We are essential workers,” he said. “Our reporters need to be deemed as necessary to the perpetuation of democracy. We are the eyes and ears of the soul of America.”

Calling for both corporate and federal resources, he said “We need a carve-out, a set aside for Black newspapers and Black media.”

Cobb said that Facebook, Google and other social media make billions of dollars mining the data of Black people but do not contribute to support the
Black community or Black news outlets.

Also speaking on the program, Craig Aaron of the nonprofit Free Press said that Congress needs to act to create “emergency funding directed toward journalism and especially those who work the newsrooms.