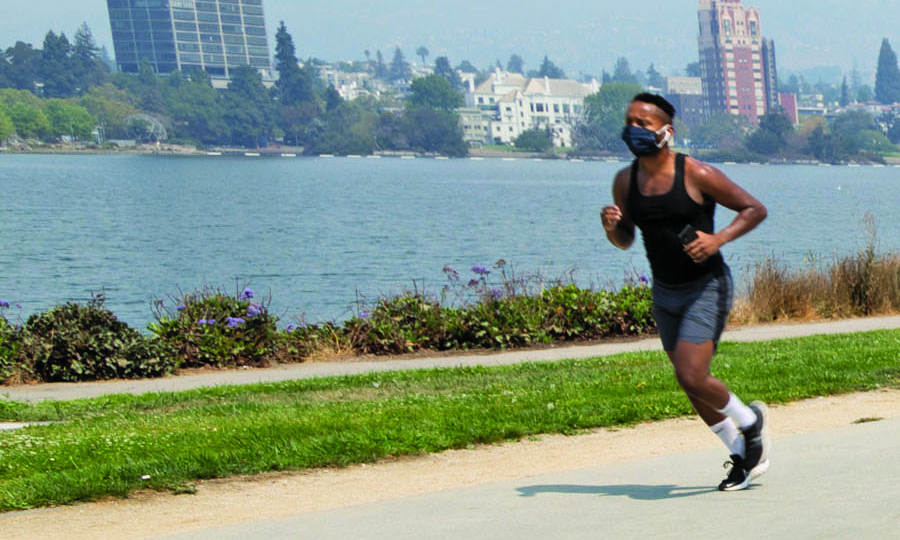 More than 60 residents of the embattled building met with City Councilmember, Nikki Fortunato-Bas and key staff members from the city to voice their frustrations with these pervasive issues that have been plaguing residents for years and have only increased with COVID-19.

Residents recount stories of frequent dangerous sideshows in the cul-de-sac in front of their building, late-night loud music, trash from all-night parties and drug use and prostitution.  Residents reported being physically threatened when they asked people to curtail their disruptive activities.

Residents said that they have been meeting with Bas and her predecessor for years about these festering issues, but nothing is ever done.

“Even on the 18th floor, the loud music is a stress.  It happens day and night.  I’ve been threatened and chased.  I’ve almost been hit by a sideshow car.  If you can’t solve the problem you don’t get my vote,” said resident Darren Kitchen to Bas.

To make matters worse, the Oakland Police Dept.’s response has been stifled.  “A call for disturbance, where no one is hurt gets pushed to the bottom and may or may not be handled by an officer,” said Sgt. Kim, who is assigned to police the neighborhood surrounding the building.

“My quality of life has gone down significantly,” said Andrew Zacks, an attorney living at 1200 Lakeshore.   “I’m a taxpayer.  I don’t think that it is unreasonable to ask the city to enforce existing laws.  People have a right to access the lake, but they don’t have a right to affect the quality of life (of others).  I’m not sleeping well. My family is not sleeping well.  These are reasonable concerns.”

Fed up with the city’s inaction, the building owners engaged consultant Greg McConnell to help them find solutions to their problems with the city.

Speaking about the sideshows and doughnuts, McConnell said “the city ought to deal with this as if it’s a health and life-threatening emergency for residents of this building.  What happens if an elderly person gets hit (by a car)?  There would be injuries and lawsuits. Let’s not talk about what we can’t do, but what you can do to fix this problem now.”

“We have discussed all of these issues before,” said building resident June Fasion. “Nikki, you took detailed notes.  This call has been going on for an hour and I have learned nothing new.  I thought this meeting would be about where we are….  We are talking about the same thing over again.”

“I know activities around the lake are challenging,” said Bas.  “There are challenges to strict enforcement.  We are talking about changing people’s behavior.”

After residents re-iterated their concerns and pressed city officials for action for two hours, Joe DeVries of the city administrator’s office promised to cut through the bureaucratic red-tape and fast-track the installation of speed bumps on the cul-de-sac to inhibit side-shows in front of the building.

“These issues are affecting us all,” said building resident Elnora Tena Webb.  “I just want you to get to the point.  I don’t want to know the process.  Humbly speaking, I’m less impressed with the meetings but more impressed with action.”

The high note of the meeting was that speed bumps will be installed, but most people felt the major issue of late-night noise, parties and disruption remain without clear steps toward resolution was not adequately addressed. Bas agree that further steps will be taken, but most residents remain skeptical.