Human Papilloma-Virus (HPV) is the most common sexually transmitted infection in the United States. HPV is so common that nearly all sexually active men and women get at some point in their lives. In most cases HPV goes away on its own and does not cause any health problem.

But when HPV does not go away, it can cause health problems like genital warts and cancer.

HIV positive people are at a higher risk of becoming infected with HPV and once infected, the time from HPV to cancer happens more quickly for those with HIV versus the typical infection rate of 30 to 40 years.

The pre-cancerous legions caused by HPV, has been typically been treated in the vagina but are now being treated in the anus as well (for both men and women).

Wilson says doctors just don’t do the screening for some patients because if the screening suggests abnormalities, there would be no options to offer due to lack of insurance coverage.

“For those patients who are insured, I screen everyone,” says Wilson. “I think it’s an important disease, an important intervention, that is effective and definitely worthwhile.”

Both groups will be checked at least every six months, and if any of the HPV damaged cells develop into cancer during the study, they will be treated.

The First Blood Test Than Can Diagnose Irritable Bowel Syndrome 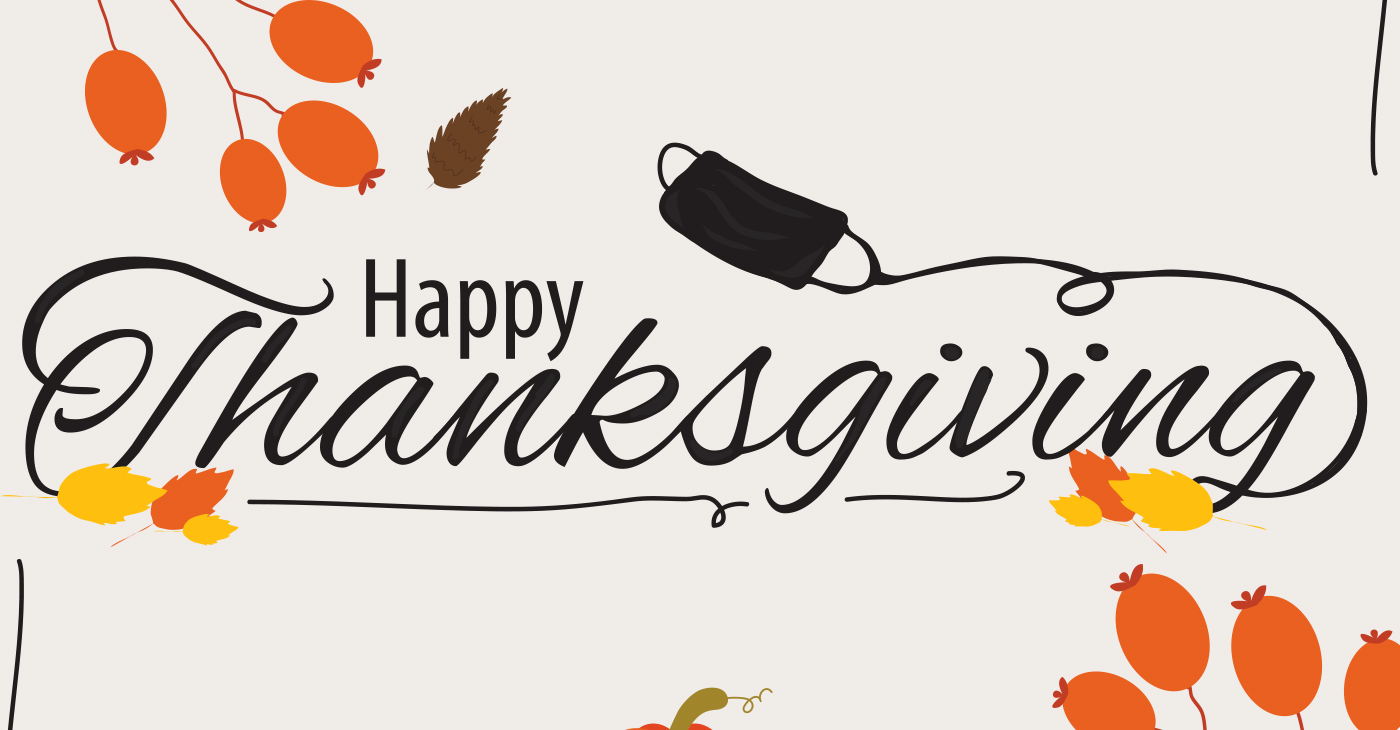 According to Moderna CEO Stéphane Bancel, the booster shots are being administered under an “emergency use authorization.”

Golden State public health officials are recommending that Californians take COVID-19 booster shots to prevent a resurgence of the disease and to celebrate the holidays safely with their loved ones.

“It’s not too late to get it,” said Dr. Mark Ghaly, secretary of the California Health and Human Services Department, referring to the COVID-19 booster shot. He was speaking at a vaccine clinic in Los Angeles County last week.

“Get that added protection for the Thanksgiving gatherings you may attend,” he said.

Last week, the Federal Drug Administration (FDA) authorized the Moderna and Pfizer vaccine boosters for all adults in the United States.

The Centers for Disease Control and Prevention (CDC) followed with an endorsement of the booster vaccine, recommending it for people over age 50, and anyone 18 and older who is at higher risk.

The CDC loosened the language for all other adults, saying anyone over age 18 “may” take the shot.

California officials say the booster shots are plenty and available throughout the state.

“If you think you will benefit from getting a booster shot, I encourage you,” said Ghaly. “Supplies are available. There are many sites across the state – thousands in fact.”

On Saturday, the Western States Scientific Safety Review Workgroup completed a separate review of the federal government’s approval process for the booster shots and also recommended that “individuals 18 or older who have completed their primary vaccination series,” take the Pfizer-BioNTech and Moderna boosters.

Over the last two weeks, COVID-19 infections across the United States have increased at a rate of nearly 33%, according to the CDC.

“COVID-19 boosters are available to all Californians 18 [and over]! Walk-in clinics are open statewide with no appointment necessary – like this mobile clinic in Avenal. Find a clinic or pharmacy near you and get yours today,” Gov. Gavin Newsom’s office chimed in on Twitter.

Newsom has pushed hard for the vaccine booster since he received his last month.

“Great news for the rest of the country. The holidays are here — make sure to keep your immunity up and protect yourself and your loved ones. Get your booster,” Newsom tweeted on November 18.

According to Moderna CEO Stéphane Bancel, the booster shots are being administered under an “emergency use authorization.”

COMMENTARY: Abuse Is Not Love

Domestic violence is the No. 1 violent crime in Marin. Women account for 85% of the victims of intimate partner violence, and men for 15%. Half of the men who assault their wives also assault their children. Adults in same-sex relationships suffer abuse at the same rate as heterosexual couples. 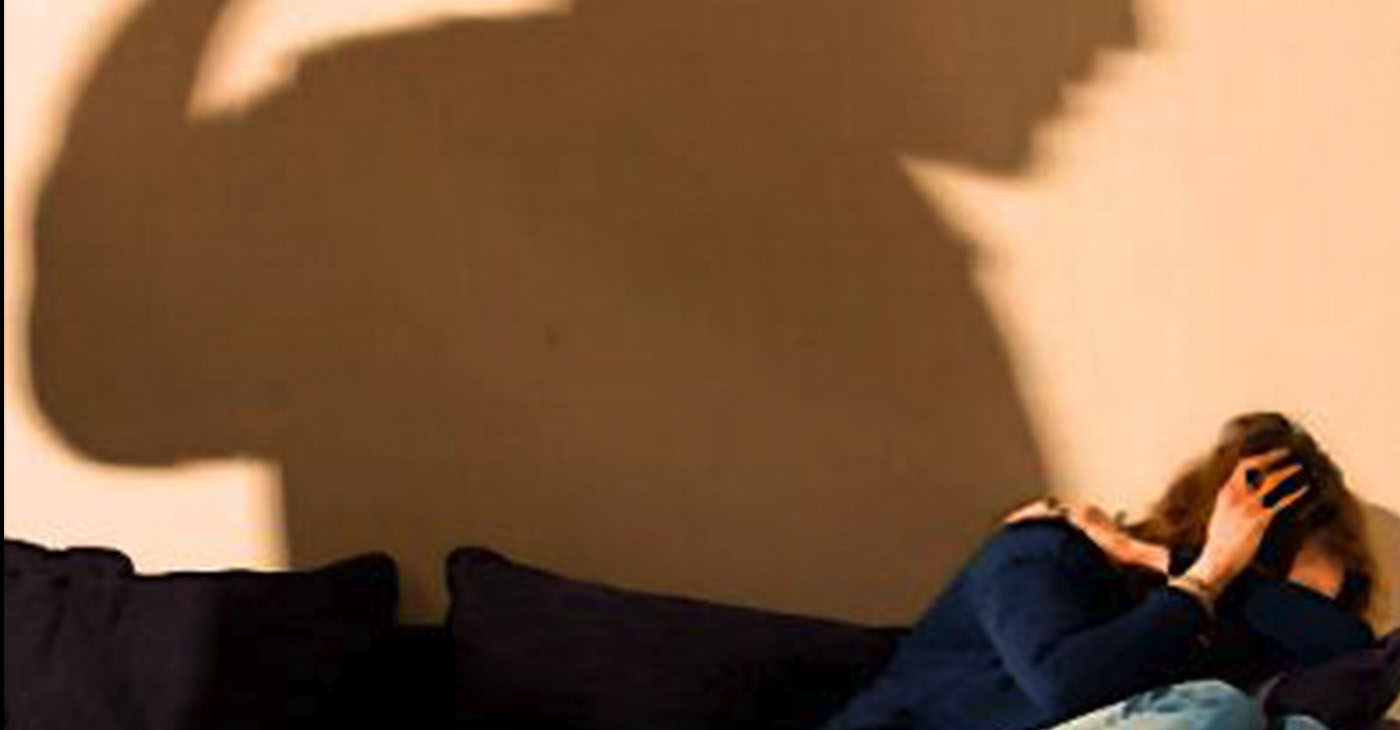 The Mental Health Advocacy Team of First Missionary Baptist Church (FMBC), along with the Marin City Mental Health Services, and the Center for Domestic Peace, conducted a training called “Working Together to End Domestic Violence” on October 25.

Cynthia Williams, a domestic violence advocate for peace, and a friend of FMBC, introduced the presenter and facilitator, Meghan Kehoe, from the Center for Domestic Peace. 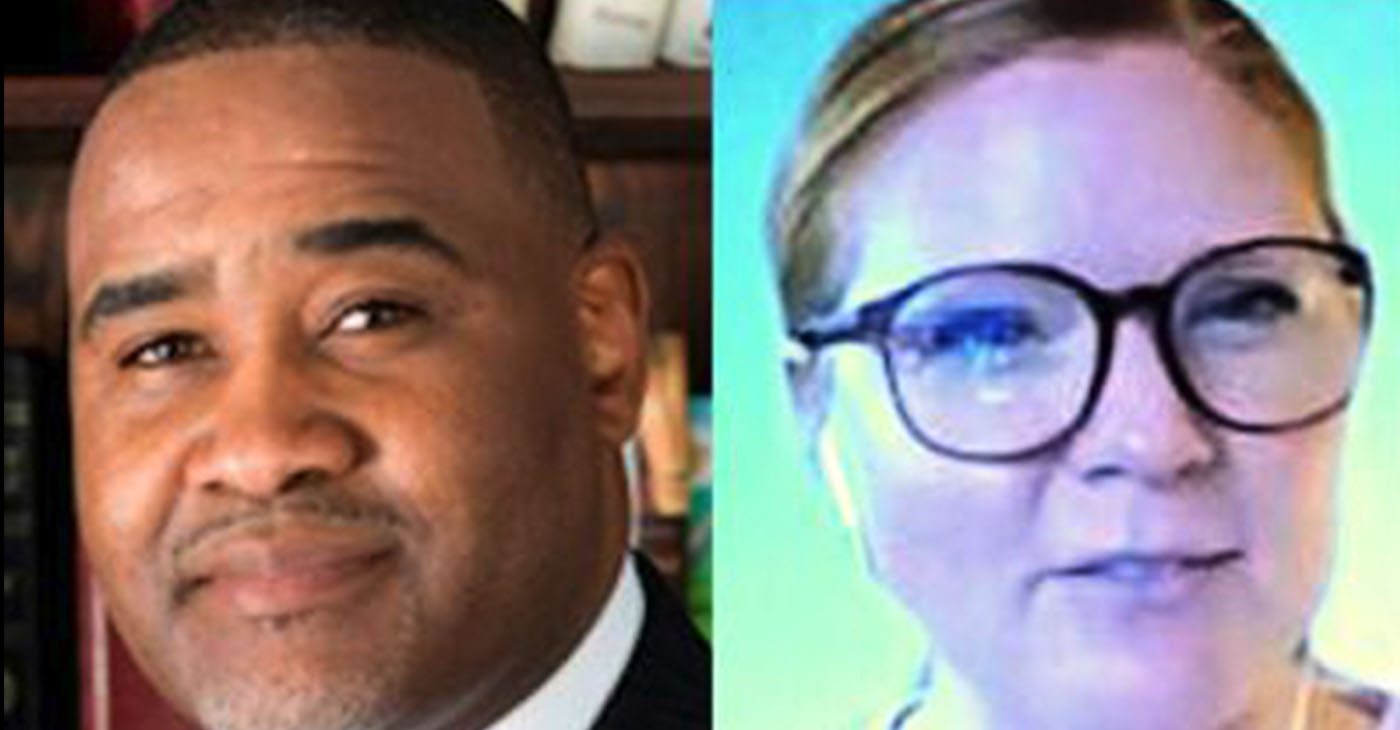 Kehoe says that domestic violence is a pattern of abusive behavior used to exert power and control over an intimate partner. The abuser may use a variety of types of abuse to make sure that they have and maintain control over their partner. These types of domestic violence include physical, emotional, economic, sexual, spiritual abuse as well as stalking and strangulation.

Domestic violence can be physical, but the greatest impact is through verbal and emotional abuse. How victims have been abused and how they feel about themselves will always be present in their mind.

Domestic violence is the No. 1 violent crime in Marin. Women account for 85% of the victims of intimate partner violence, and men for 15%. Half of the men who assault their wives also assault their children. Adults in same-sex relationships suffer abuse at the same rate as heterosexual couples.

Survivors need unconditional support from their friends. Many of those who stay in an abusive relationships have probably lost a lot of friends who love and support the victim but don’t understand the pattern of abuse, and do not understand why the survivor leaves, then returns to the abuser.

Children witness and experience the domestic violence and fear it just as much as the survivor does, if not more, and 60% of them are also victims of the physical violence as well.

The children, youth, and young adults are also being traumatized and affected by the violence. They may not know how to articulate what is happening to their family, or how to feel when their parents are hurting each another. So, talk to them and see if they want to talk to their parents or a safe person in their life.

Even if children know that they are not the cause of the violence, they still feel it in their hearts. Tell them that it is not their fault, and nothing they did caused the violence.

There is never a wrong time to reach out to someone who is being abused in a relationship. And you should also go with them to get help. Connect them to professionals, or a domestic violence agency. Offer them unconditional support a friend who will look out for them no matter what happens to them, what choices they make, whether or not they go back to their abuser, and be there for them in a non-judgmental way, Kehoe said.

For more information, go to centerfordomesticpeace.org. If you are in need of emergency assistance or wish to make an appointment with Center for Domestic Peace, please contact their 24-hour hotline: (English/ Spanish) 415-924-6616.

To all our staff who have been working so incredibly hard over the past few months to welcome our students and families back to school safely with such grace: You all inspire me and our whole community, and I deeply appreciate all that you do each and every day on behalf of our young people and families. 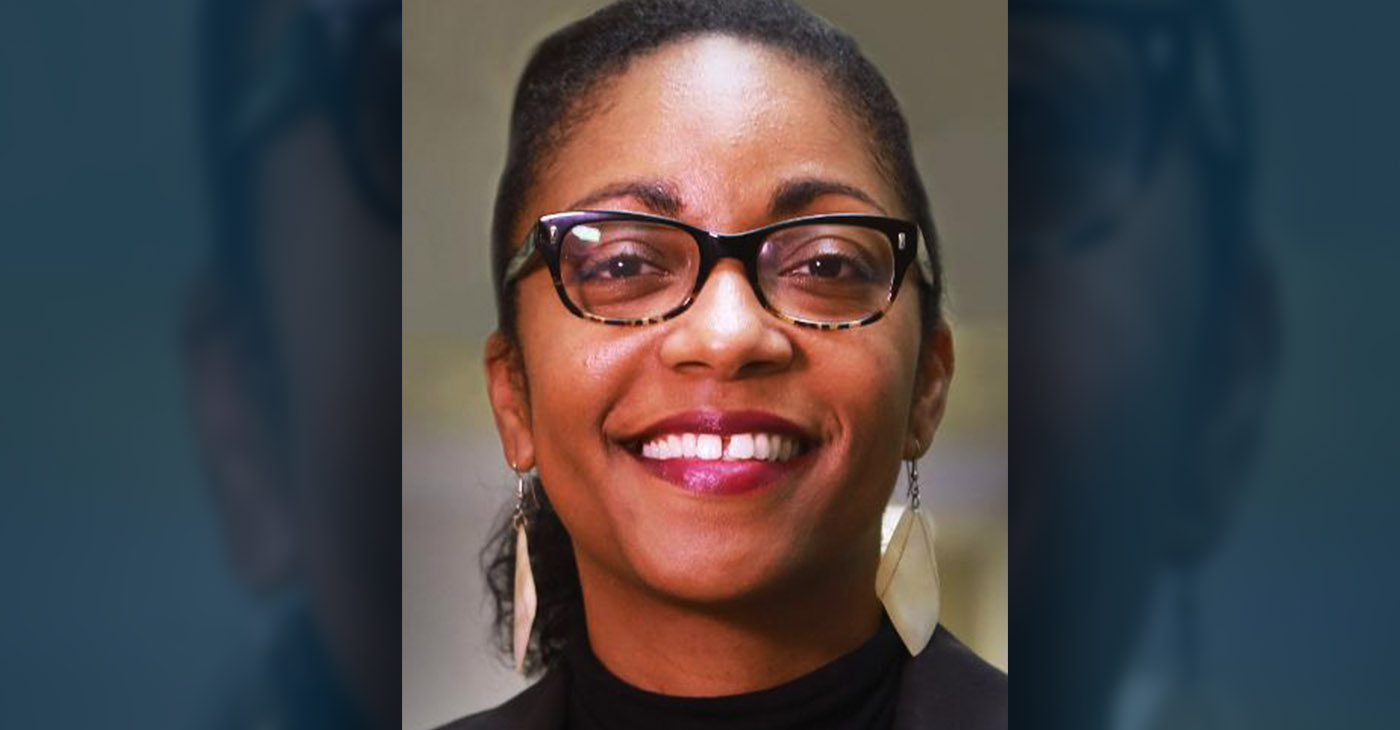 As we now begin the Thanksgiving break, I must give thanks for being part of such a wonderful community, with brilliant and beautiful children, caring and supportive families, and amazingly dedicated staff.

It has always been clear to me that here in Oakland, we watch out for each other and take care of each other, especially in the most challenging times.

Last week, my family went to our doctor’s office to get our flu and COVID vaccines. Getting my family vaccinated has given me so much relief and hope as we plan to gather with grandparents and other family and friends over the Thanksgiving holiday.

Our staff and partners are working tirelessly to make sure all OUSD families have access to the COVID vaccine across the city. I am so proud of the amazing efforts of our staff to reach out to our most vulnerable populations and help them get vaccinated.

They have reached out to families with thousands of phone calls and letters to answer questions and provide resources and facts about the vaccine. Additionally, this (past) week alone, we co-hosted 21 vaccination pop-ups that served 35 of our schools in neighborhoods hardest hit by COVID.

We heard from Cheryl Narvaez, the parent of a second grader and a fourth grader at Think College Now and what she said was so inspiring. “Our family was eager to get vaccinated as soon as we could since we were going to spend some time with family (including grandparents) during the holiday season. I told my kids that if they got vaccinated, it would help keep everyone extra healthy and safe AND that they could potentially play with cousins and other friends indoors. Once they heard that, they said ‘yes!’”

Narvaez further shared what a positive experience she and her students had by getting vaccinated. “After it was done, I felt a huge sense of relief that my kids had an extra layer of protection from COVID. I am also proud that they were so brave and were opened to sharing their positive experience with others. They also told me that they were surprised that the shot was so quick!”

We are also working with our partners to ensure that our community has access to lots of COVID-19 testing during Thanksgiving break, so that students, staff, and family members can get tested before returning to school.

We trust that families will stay as safe as possible during Thanksgiving break, but we also know that with travel and indoor gatherings, community COVID spread is always a possibility. I urge you once again to get your family vaccinated and to test after traveling or attending large gatherings, before school resumes on Monday, November 29.

We also provided at-home rapid test kits to students attending Child Development Centers, elementary schools, and middle schools in high priority ZIP codes. Each kit contains two tests for testing on Sunday, November 28 prior to returning to school and again on Wednesday, December 1. We had hoped to provide these kits to all students and staff who want them, but the state’s supply is still limited.

To all our staff who have been working so incredibly hard over the past few months to welcome our students and families back to school safely with such grace: You all inspire me and our whole community, and I deeply appreciate all that you do each and every day on behalf of our young people and families.

To our students, families, and staff: I know the last year-and-a-half have been difficult for all of us, but we have real reason for hope as we enter this holiday season. I ask that you join me and my family in getting vaccinated, masking up when gathering, and encouraging others to do the same. I wish you and your family all the best next week: safe, loving, and joyful days together.