Opinion: Too Many African American Children Are Born in Shackles
Advertisement 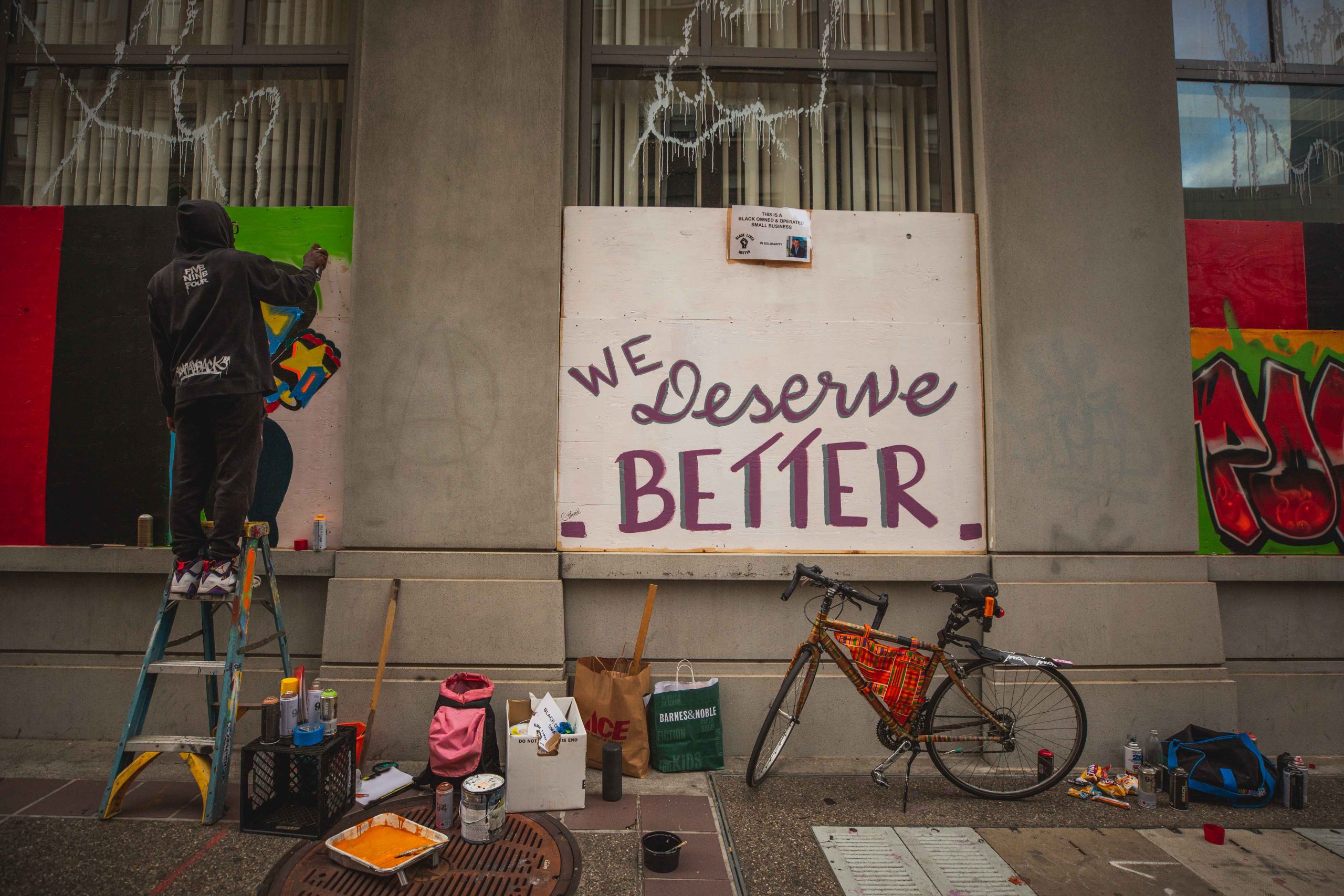 “I can’t breathe,” pled George Floyd in Minneapolis and Erik Garner in New York City and Javier Ambler in Austin, Texas, before police killed them.

Amid the protests against brutality, Rayshard Brooks in Atlanta, whom police found asleep in his car, was shot twice in the back and killed.

In Austin, Justin Howell lies in critical condition in the hospital, shot during a protest by a police officer using a “less-lethal weapon.” His mistake? He stood next to the demonstrator the police officer was shooting at.

And now, two young African American men, Robert Fuller and Malcolm Harsch, are found dead, hanging by their necks 50 miles from one another in California. Although the police initially dismissed the cases as suicide, they are now under investigation after a public outcry.

In the midst of a national uprising on racial justice, the possible lynching of two black men should not be swept under the carpet.

For African Americans, poverty should not be a prison and skin color should not be a cage. White supremacists disguised as police officers should not use us as target practice. So-called “qualified immunity” must not shield killers from the law. Those with a shield and a badge must be held to the highest standards.

It is time to fulfill America’s promise of equal justice under the law.

As the demonstrations continue, the reality of the criminal injustice system that African Americans face every day keeps getting exposed. At the same time, the pandemic has exposed the systemic racial gaps that scar our society. Police serve as an occupying force in poor communities of color because those communities exist — often created by red-lining — worsened by savage inequality of schools and health care and job opportunity.

The median income of African American families, at $41,000, is less than 60% of white families at $71,000, another gap that has grown worse since 2000. It was only last year that African American incomes exceed those in 2000 and that “progress” was wiped out in the pandemic.

Unemployment among African Americans generally is twice that of whites. Today, official unemployment for Blacks is at 16.7% and for whites, 14.2%. It’s that close because Blacks are disproportionately employed in front line essential jobs — the Postal Service, mass transit, warehouses, grocery and drug stores, hospitals and nursing homes.

Consider the shackles we put on too many African American children born into impoverished neighborhoods. Their mothers are less likely to have prenatal care; they are more likely to suffer death or injury at birth. They are less likely to have adequate nutrition; more likely to grow up in apartments with lead in the walls and pipes; less likely to have daycare or pre-K. They go to public schools inequitable to those in the affluent suburbs. They walk dangerous streets, where police too often provide not protection but a separate threat. And if they rise above that and go to college, they graduate with far higher student debt, into a job market that will pay them less than their white peers.

All of this is well known. None of it is accidental. Solutions are known but not adopted.

Racism is used to divide working and poor people, to protect those with privilege. Often, poor white families suffer simply because of the unwillingness to see tax dollars go to lift people of color from their misery.

For example, 14 states have refused to accept the federal government’s offer to pay for the expansion of Medicaid to cover poor working people. Not surprisingly, they are mostly states from the south: Alabama, Florida, Mississippi, Missouri, North Carolina, Tennessee, Texas, Oklahoma.

Economic violence snuffs out dreams and takes lives. Even as the demonstrations demand a reimagining of criminal justice, we need to demand basic economic justice. There is only one major reason why this rich country does not have the universal health care, good public schools, secure retirements, decent housing, adequate food — and that is racial injustice and the collateral damage it does to people of all races who are not affluent.

Now, change is in the air and, more importantly, in the streets. New possibilities are open.

America is called once more, led by the passion of a young generation more diverse than ever, finally to begin to address the racism that increasingly endangers us all.

Related Topics:George Floyd
Up Next