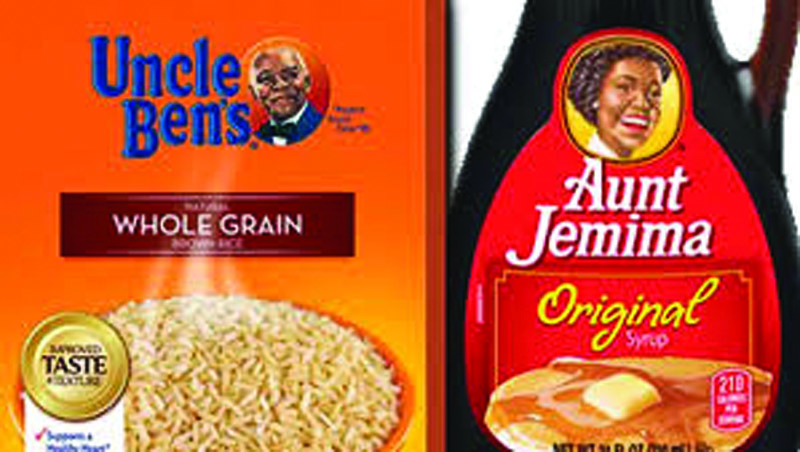 Food producers using images of Black people in their branding decided to change those images on Wednesday.

Hours after PepsiCo announced that it would retire the name and logo of its Aunt Jemima pancake syrup and mix brand, acknowledging that it was based on a racial stereotype, Mars, Inc., the parent company for Uncle Ben’s rice, said it was “evolving” its visual identity in an effort to address racial bias and injustices.

Uncle Ben’s logo features an image of a Black rice grower and Aunt Jemima features a Black woman. Both characters have long been criticized as racist. Aunt Jemima began 130 years ago as a kerchiefed Black woman. The Uncle Ben character first appeared in the early 1940s. The title appears to reflect how “white Southerners once used ‘uncle’ and ‘aunt’ as honorifics for older Blacks because they refused to say ‘Mr.’ and ‘Mrs.,’” according to The New York Times.

Toward the end of 2020, the 130-year-old pancake and syrup brand will remove the image of “Aunt Jemima” from packaging, parent companies Quaker Foods and PepsiCo said Wednesday. The name change will follow.

“We recognize Aunt Jemima’s origins are based on a racial stereotype,” Kristin Kroepfl, chief marketing officer at Quaker Foods North America, said in a statement. “While work has been done over the years to update the brand in a manner intended to be appropriate and respectful, we realize those changes are not enough.”

A Mars, Inc., representative expressed parallel sentiments. “As a global brand, we know we have a responsibility to take a stand in helping to put an end to racial bias and injustices,” a statement to HuffPost read.

The statement continued: “As we listen to the voices of consumers, especially in the Black community, and to the voices of our Associates worldwide, we recognize that one way we can do this is by evolving the Uncle Ben’s brand, including its visual brand identity.”

The exact changes and timing are still being decided, but “all possibilities” are being evaluated, the representative said.

HuffPost, National Public Radio and Adweek contributed to this report.