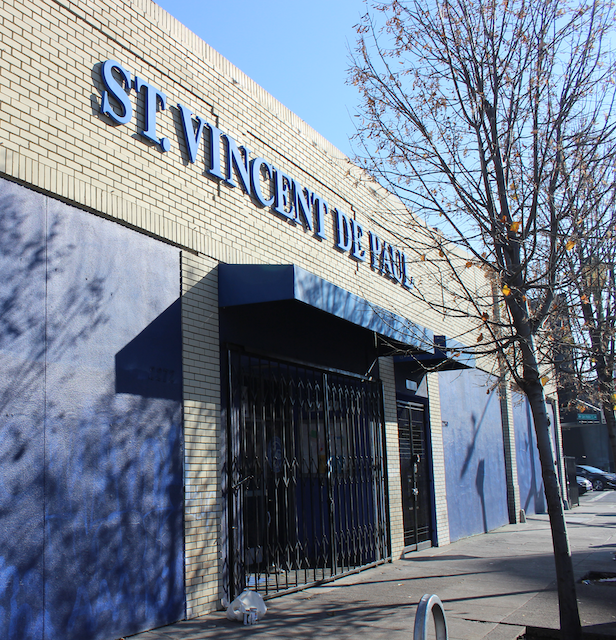 During a meeting on December 15, Oakland’s City Council discussed defining what shelter options Oakland would be required to offer homeless people if the city clears their communities during the local emergency related to the COVID-19 pandemic.

They postponed making a final decision on the matter until the new year. Given dangers posed by the pandemic, the City Council will determining whether it sees it as safe for homeless people to live in homeless shelters.

The City Council unanimously approved the Encampment Management Policy (EMP) on October 20, which set clear parameters for where the City could choose to focus clearances. The resolution stated people living within 50 feet of a residence, business, park or sports court could face eviction. But the EMP did not overturn a resolution Council also unanimously passed on March 27 that requests that the City only execute evictions if “individual housing units or alternative shelter is provided.”

Kaplan and Bas’ proposed changes to Reiskin’s plan claim that “moving or relocating from an outdoor encampment to an indoor congregate shelter places people at a greater risk for COVID-19 transmission then they would be in by living in an outdoor encampment.” They pointed out COVID-19 outbreaks that have occurred in homeless shelters in San Francisco, Spokane, Wash., Salem, Ore., and Calgary in the Alberta, Canada.

“There’s a number of things we’re doing to try to make congregate shelter as safe as it can be,” said Lara Tannenbaum, of Oakland’s Human Services Dept. during the meeting in response to Kaplan and Bas’ proposal. Tannenbaum as well and Homelessness Administrator Daryel Dunston said the City’s homeless shelters have PPE, use symptom and temperature checks, reduce capacity and carry out COVID testing events.

But even under reduced capacity, the Kaplan and Bas’ memorandum claims that congregate shelter is not a safe option during the COVID-19 pandemic.

“People living in congregate settings comprise less than 1% of the U.S. population, but nearly 50% of coronavirus deaths,” Kaplan and Bas wrote in their proposal.

During the meeting, District 1 Councilmember Dan Kalb asked what specifically Kaplan and Bas’s proposal would change in Reiskin’s proposal. Kaplan responded by saying that it would strike the line that allowed “congregate shelter with reduced capacity.” Bas concurred and added she wanted to expand on language in Reiskin’s proposal that required “reasonable accommodation for mental and physical disabilities.”

They have not proposed striking out language that includes the City’s Community Cabins Program as an “alternative shelter” option. The Cabins are shared housing as they require residents to share 8-by-12 foot structures with a roommate.

Council ended their discussion of Bas and Kaplan’s proposed changes when Bas proposed a motion to continue the decision until the next City Council meeting, requesting time to clarify their changes and consider amendments and questions Kalb proposed. The continuance means that exiting Councilmembers Lynette Gibson-McElhaney and Larry Reid will not vote on the proposed changes while entering Councilmembers Carroll Fife and Treva Reid will.

Preston Walker, a 63-year-old Oakland native and unhoused resident better known as “Pastor Preston,” has lived in a Days Inn hotel room through a state and county funded program called Project Roomkey. He qualified to obtain the room, which is neither congregate nor shared shelter, but a private unit, due to an immune disorder that makes him more susceptible to pneumonia and COVID-19.

“This hotel here is a blessing for me,” said Preston. “This is the first time eight years that I had my own personal space where I didn’t have to worry about theft. The sad thing is if it wasn’t for the virus this never would have happened.”

Preston, who has spent time in both the Community Cabins and homeless shelters in Oakland and throughout the Bay Area, expressed skepticism of sharing space with people during the pandemic. He stressed that it would be impossible for people to wear masks all the time in shelters due to people having to eat. He worried about the particularly close quarters people in the Community Cabins have to live under and their lack of control over who they live with. Preston ended his three-month stay in the Community Cabins in late 2019 due to a roommate who smoked crystal meth in their shared space, which made it difficult for Preston to breathe or sleep well.

Since the Federal Emergency Management Agency announced on December 18 that it will continue to fund Project Roomkey through the duration of the pandemic, Preston will continue to be secure in his hotel room. But at the time of this writing about 30% of the hotel rooms secured by the state of California sit vacant, and activists have called on state, county and city governments to fill them and secure more rooms through state-of-emergency powers. The housing and racial justice non-profit, Just Cities, has repeatedly called on Oakland to make use of its 50-plus acres of vacant public land to shelter its homeless people.