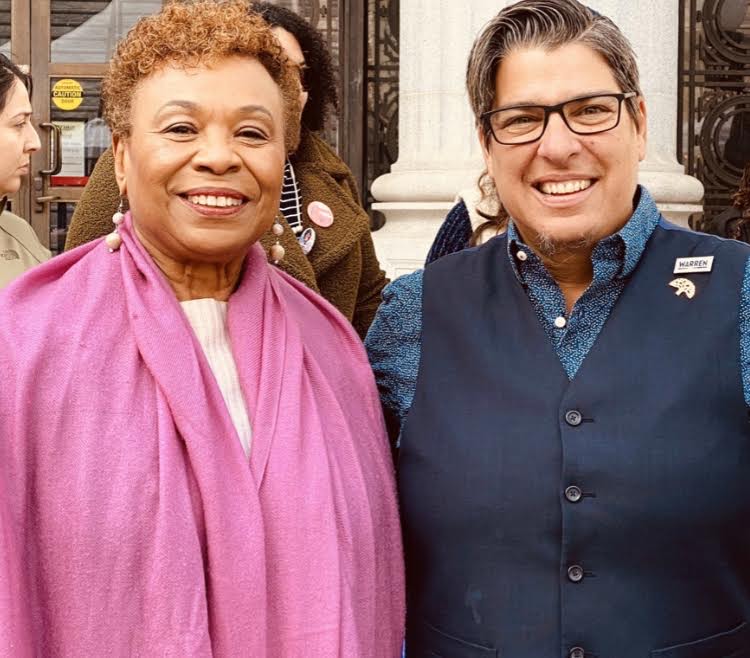 At the same time, Latinx leaders are urging the governor to break the glass ceiling and place a Latinx person in Harris’ seat, asserting among other things, that Latinx make up 40% of California’s population.

The letter from Kaplan, Gallo and Thao tells Newsom that Lee has shown, both with her words and with her actions, a deep commitment to justice and a willingness to uplift truth and justice. “Lee is an experienced member of the Congress and can easily transition into the U.S. Senate at a difficult time in history. We are living in a time that has shown that we must recognize and honor the leadership of Black women,” the letter read.

“We need  someone  who  is  unafraid  to  confront  wrongdoing and  injustice,  who  can  effectively  build  coalitions,  and  can  help  ensure  that  everyone  in  our  communities has  a  voice  and  is  respected  in  our  nation’s  decision-making  process,” the councilmembers wrote.

Kaplan is pleased to join together with others who are also similarly urging that Barbara Lee be selected as California’s next senator, including Cori Bush, the newly elected congresswoman from Missouri  and Aimee Allison, Newsweek columnist and Founder of She the People.

Bush, a nurse and former activist in the Black Lives Matter movement after Michael Brown was killed  six years ago in Ferguson, Mo., has been calling for Lee to achieve higher office since July, actually wishing she could be president.

In a column on November 18, Allison said: “Over the course of her career, she has built a strong and consistent record and brought together people from different ideologies, socioeconomic and racial backgrounds,” Allison wrote.

Local Latinx leaders in Southern California held a press conference on November 19 saying there are many qualified Latinx for Newsom to choose from, including State Attorney General Becerra who replaced Harris when she was elected to the U.S. Senate.

Chula Vista Mayor Mary Salas is one of the local leaders who spoke on Thursday in hopes of swaying Newsom in favor of a Latino senator.

“It’s only through having representation that represents the demographics of this state that we will get equity,” Salas said.

Assemblywoman Lorena Gonzalez voiced similar sentiments. “We are a larger group than any other demographic in California. But even with those numbers we have never held the title of U.S. Senator in California, despite the fact that California itself used to be Mexico,” Gonzalez said. “You think of a place where a Latino or Latina should represent the state in Washington D.C., it’s definitely California.”

Similar calls to action were held in Fresno and Sacramento, and more are planned in Los Angeles and San Jose.