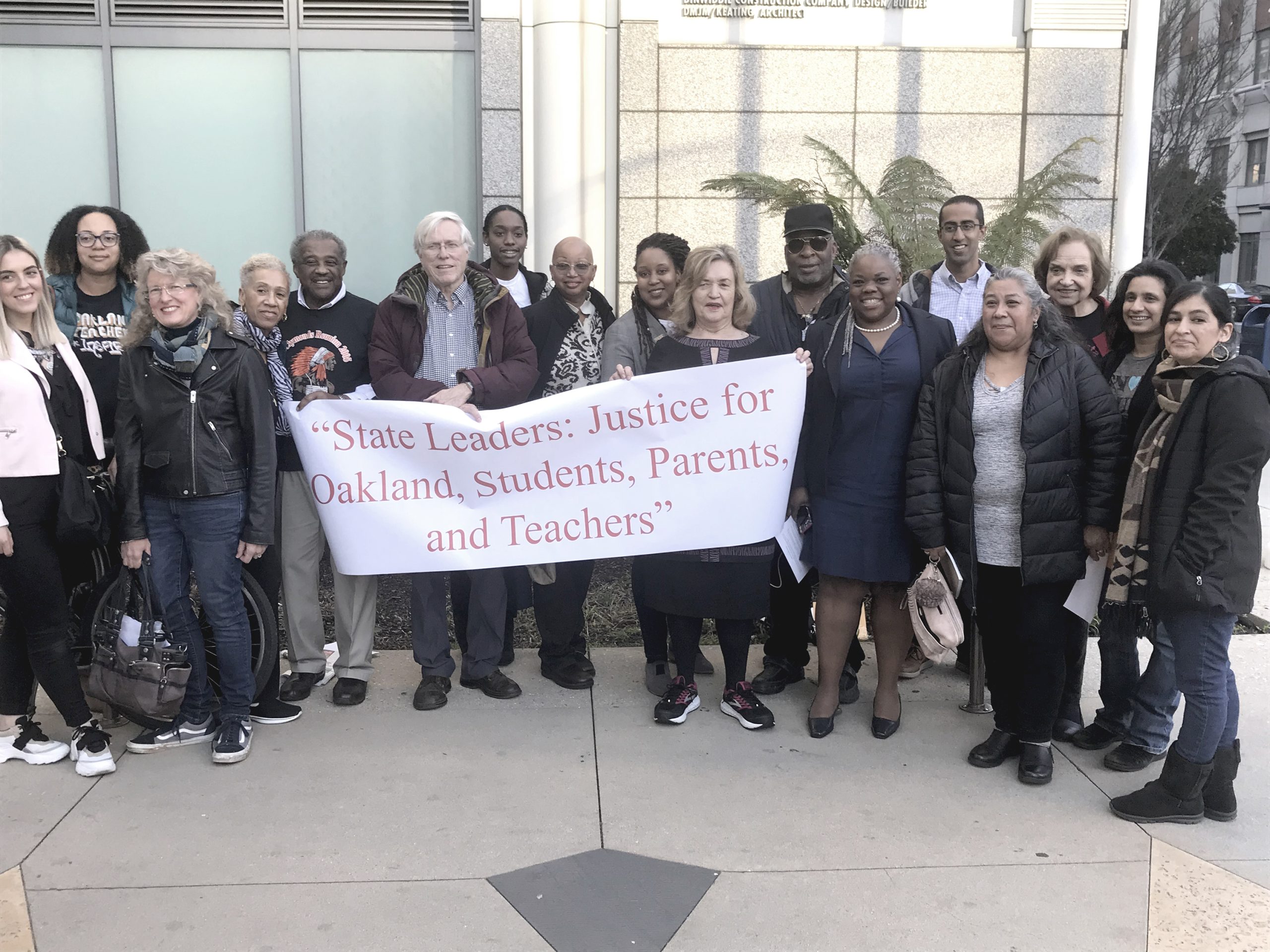 A group of community leaders and activists came together Thursday to call on the state to increase funding for Oakland public schools and to end the behind-the-scenes pressure on the school district to close and sell schools and to slash school site budgets, which would mean the layoff of hundreds of employees and slashing to services to schools sites.

The press conference, held in front of the state building at 1515 Clay St. in Oakland, was addressed to the city’s state representatives: State Superintendent of Instruction Tony Thurmond, Senator Nancy Skinner and Assemblymembers Buffy Wicks and Rob Bonta.
“We’ve had enough. The elected officials who began the take-over of Oakland are long-gone,” read the press release.

“(We are asking) new state officials to change the way they treat our schools, parents, and educators,” according to the press release.

The press conference called for the state to act on the following issues:

In an interview with the Oakland Post, Board of Education Member Rose Ann Torres said the State Legislature has left the school district few options. “The problems go beyond our capacity: the lack of money for teachers and classes without teachers. Teachers are working in Third-World conditions, with no money for supplies like paper and pencils.”

Will There Be an Oakland Teacher Strike?