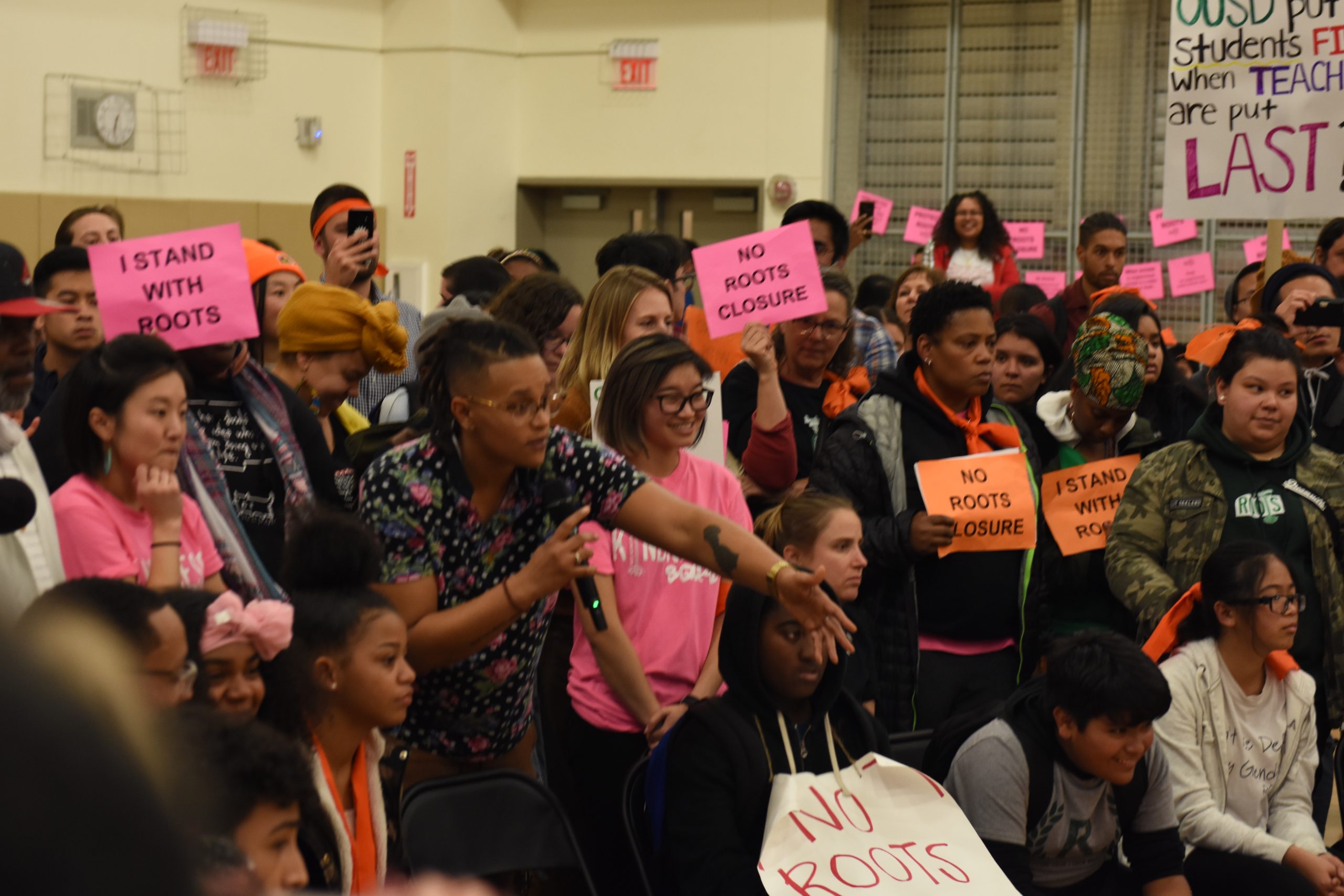 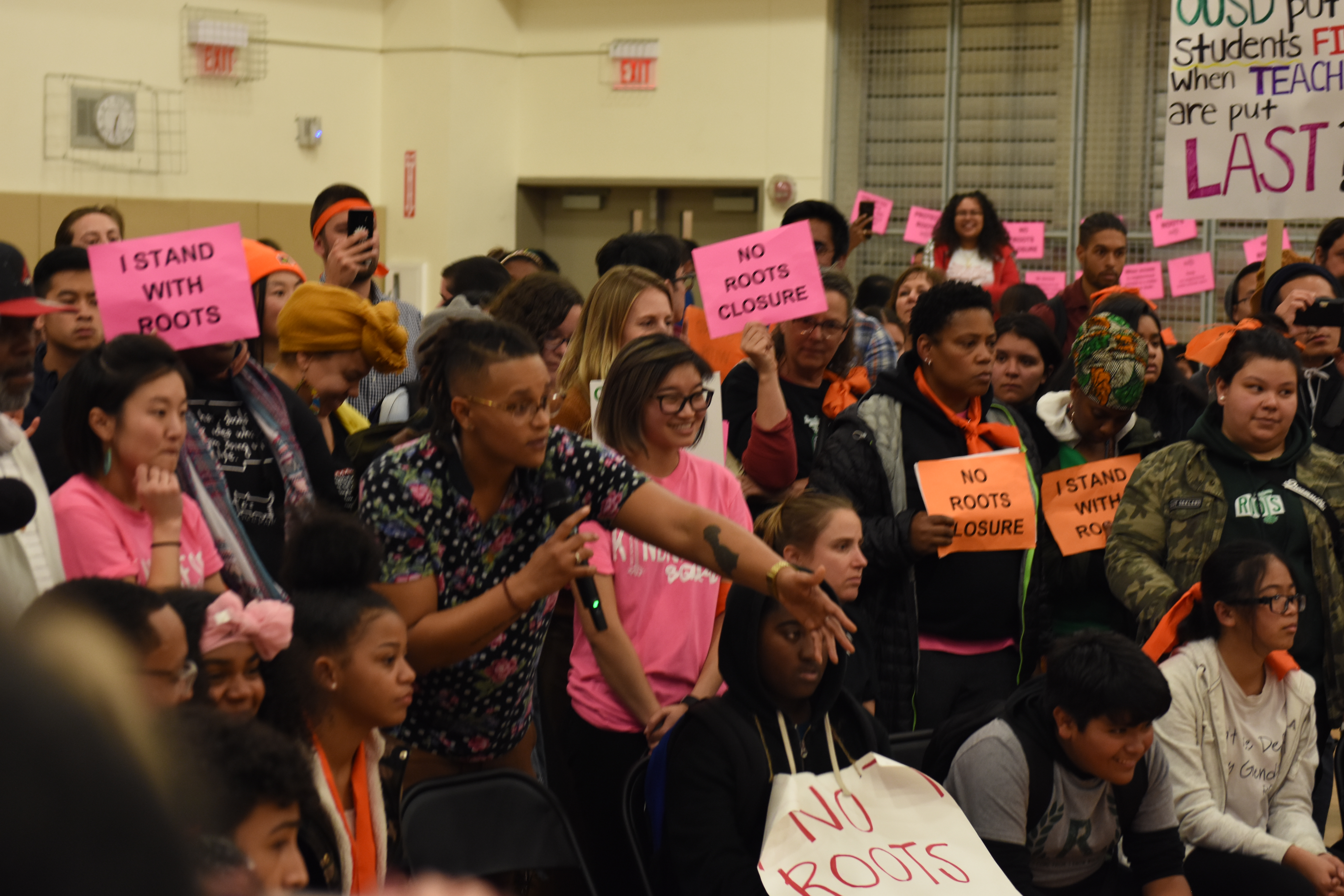 Supporters of Roots International School shut down the Oakland Board of Education meeting Wednesday evening as the board prepared to discuss closing the school and cutting as much as $30 million from the district budget. Photo by Ken Epstein

Families and teachers from Roots International Academy, supported by hundreds of teachers and community members, shut down the Board of Education meeting Wednesday evening as the school board prepared to consider closing the school in June and cut as much as $30 million from the district budget.

Supporters of Roots, a middle school in East Oakland, marched to the board meeting from Lake Merritt where the Oakland teachers union, the Oakland Education Association (O.E.A.), held a rally in support of the school. Entering shortly before the meeting was scheduled to start, the protesters filled the room with signs and banners, chanting, “We are Oakland. Keep Roots Open!” and “We won’t take no back of the bus: No closing, No cuts!”

Outside, teacher-librarians picketed in opposition to the proposal to close as many as five school libraries, including the one at Bret Hart Middle School.

About a block away in the cafeteria at Dewey Academy, Oakland high school and middle school student government leaders’ “All City Council,” held a press conference call for student voices to be heard during the district’s budget-cutting discussions.

The students’ key priorities were to protect the funding of programs that support youth leadership development, college and career support programs, mental health, nutrition and wellness programs, as well as to invest in teacher retention, recruitment and training.

The board meeting was shut down for several hours while students and teachers told the superintendent and board members in a Restorative Justice circle about how closing the school would impact them and the city. The board eventually held the meeting.

District leaders are basing the decision to close Roots on statistical analysis that shows it is a “failing school,” but students, parents and teachers say they love their neighborhood school and are not interested in being scattered to what other people say are better options elsewhere in the city.

Siding with Roots families, Boardmember Rose Ann Torres announced at the meeting that she would vote against closing the school.
Jane Lee, an instructional coach at Roots, explained why she is fighting to keep Roots opens.

“I have never met a more resilient, creative group of teachers who teach from their hearts and from their brain and every day look at the standards of what they are supposed to teach, listen to their children of what they need where they come from and where they should be going.

“But we are Oakland, and ‘better’ means better for everybody.”

Oakland Calls on State to Protect Public Schools and Students