Will There Be an Oakland Teacher Strike?
Advertisement 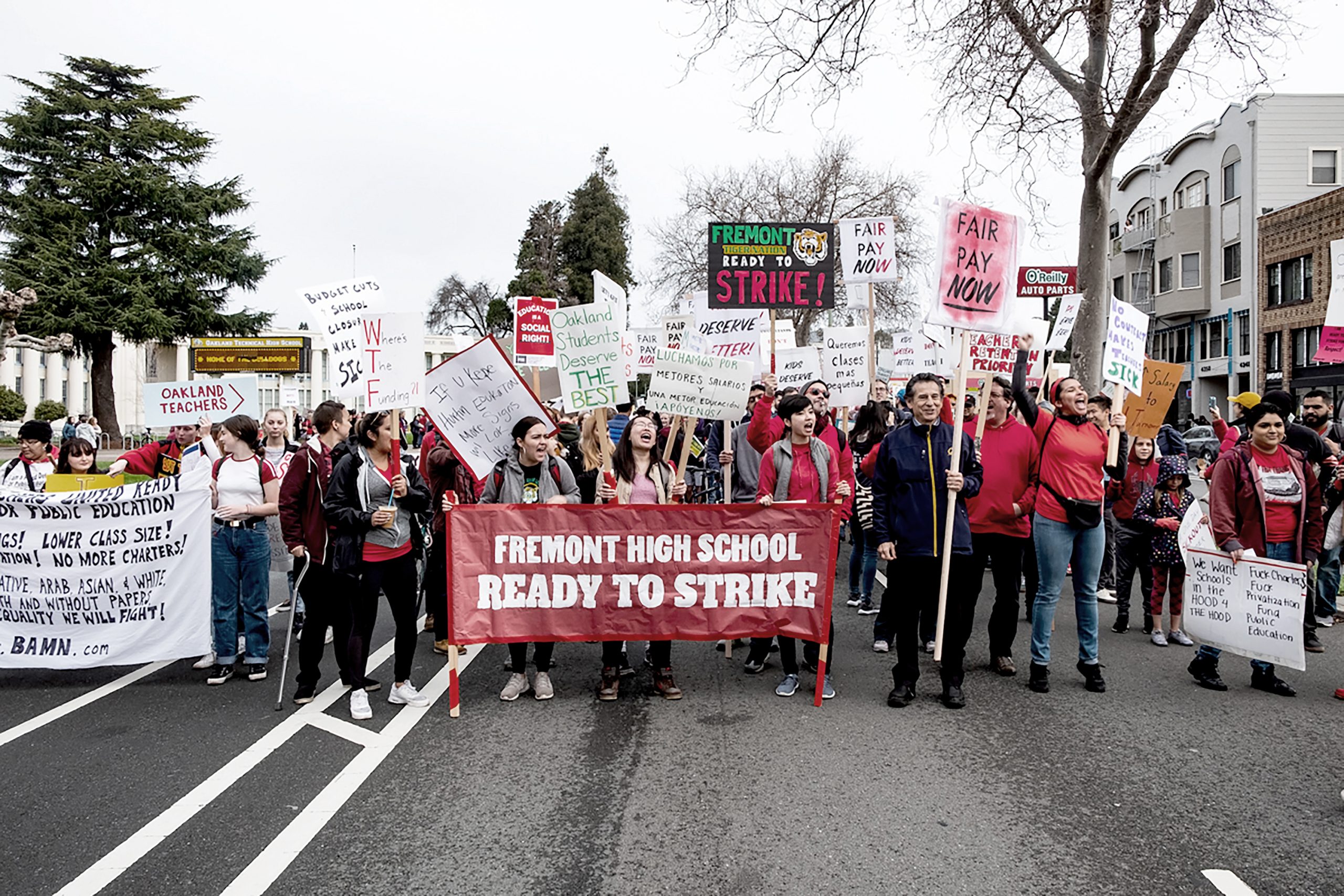 Pressure is mounting as Oakland teachers and their supporters push for decreased class sizes, a 12 percent pay increase for educators, the hiring of more counselors, and for the district to cancel plans to close up to 24 schools in the next few years. After teachers have worked for over a year and a half without a contract with the Oakland Unified School District (OUSD), a vote to strike has been scheduled from Jan. 29 – Feb. 1 for all 3,000 members of the Oakland Education Association (OEA) union.

While the OEA is leading negotiations and strike preparations, school-based coalitions of teachers are also taking action. Teachers have begun holding one-day sick-outs and marches to the district headquarters at 11th Street and Broadway in downtown Oakland.
One group, the Wildcat Underground, made up of teachers from Oakland High School has called for and participated in two sickouts.

“The sick outs are our way of flexing. We’re showing that teachers are ready to strike, that we’re organized and mobilized,”said Oakland High School teacher Alex Webster Guiney.
The momentum behind sick- outs is growing. While the vast majority of those who participated in the first sick-out in December were teachers from Oakland High School, many teachers from at least nine different schools, including Skyline and Fremont High Schools, called in sick and participated in the second sick-out.

On the morning of the second sick out, at 8 am, several hundred community members joined an Oakland teachers’ protest, meeting in front of Oakland Technical High School and marching – while chanting and carrying signs – about two and a half miles to OUSD’s headquarters.

In an email to OUSD staff, superintendent Kyla Johnson-Trammell said the district was disappointed in the sick out actions. Since OEA did not officially sanction the sick-outs, Trammell characterized them as “unauthorized.”After the Wildcat Underground led action, OEA president Keith Brown and vice presidents Ismael Armendariz and Chaz Garcia wrote a letter to the district sympathizing with the sick-out teachers.

“When we tell our members to ‘let the process work,’ they look at us like we’re fools,” the letter stated. “I can’t blame them. They’re being priced out of their apartments when negotiations seem to go nowhere.”

“Strike schools are places in the community that are holding space for people to send their children during the exact same hours that schools are open,” said Fremont High School teacher Kehinde Shalter, who thinks it’s important to provide parents safe educational places to leave their children while parents work.

Salter’s been working to secure spaces for these schools. The East Bay Youth Center, Peralta College, and the main and MLK branches of the Oakland public library have already agreed to host students during the strike.

Coliseum College Preparatory Academy (CCPA) teacher Becca Rozo-Marsh wants help from community volunteers at solidarity schools so more teachers can spend their time on the picket line. She’s been happy at the response she’s gotten so far as she’s reached out to parents and activists.

“We’ve had an outpouring of support from community members, and our role has been to bring those resources together and coordinate them,” she said.

Oakland Calls on State to Protect Public Schools and Students