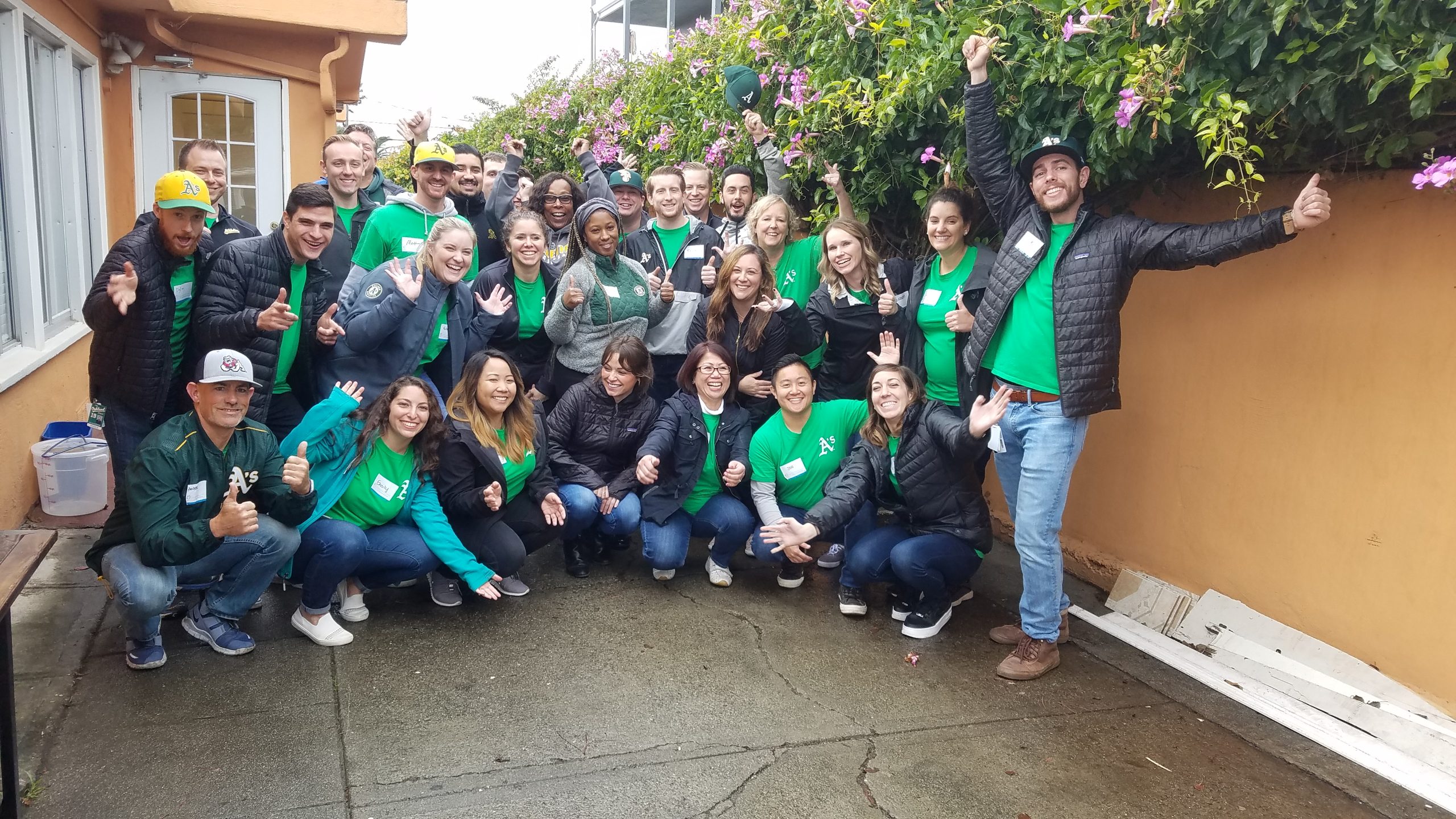 To celebrate the holiday season and continue to give back to the community, Oakland A’s players, front office staff, and mascot Stomper participated in the A’s Week of Giving events throughout Oakland from December 2-6.

Players involved in the week’s activities included Liam Hendriks, Matt Olson, Stephen Piscotty, and Marcus Semien. As part of #GivingTuesday, a global movement that marks the beginning of the charitable season, the Oakland A’s and the San Francisco Giants hosted a week-long fundraising competition as part of the Battle of the Bay benefitting the Oakland A’s Community Fund.

In partnership with Reading Partners, A’s players, Stomper, and ballpark MC Ruby hosted a reading assembly for students at Vincent Academy and played whiffle ball and other games during recess with students at Parker Elementary School.

The A’s participated in beautification projects in West and East Oakland with 100 volunteers. Half of the group helped CityTeam Oakland residents at the main location in downtown Oakland get ready for the holidays and winter months by decorating and painting an entire floor and made holiday cards for the homeless. The building includes a homeless shelter for 35 people, 53 members of their discipleship program and 15 interns and graduates of the program.

A second group of volunteers supported CityTeam’s new Women’s Bridge Housing Program by beautifying the yard space, constructing garden beds, cleaning the kitchen and common areas, and sorting and wrapping donated holiday presents at their site in East Oakland. Materials for the beautification events were donated by Ashby Lumber.

“The holidays are a sensitive time of year for many of our residents and to have an organization as powerful as the Oakland A’s take the time out to send dozens of volunteers to upgrade our site, sort donations, and prepare lunch is amazing,” said CityTeam Program Manager Ashley Ross with Sara Solis of Hands On Bay Area.

Best Practices in the Critical Management of Diabetes