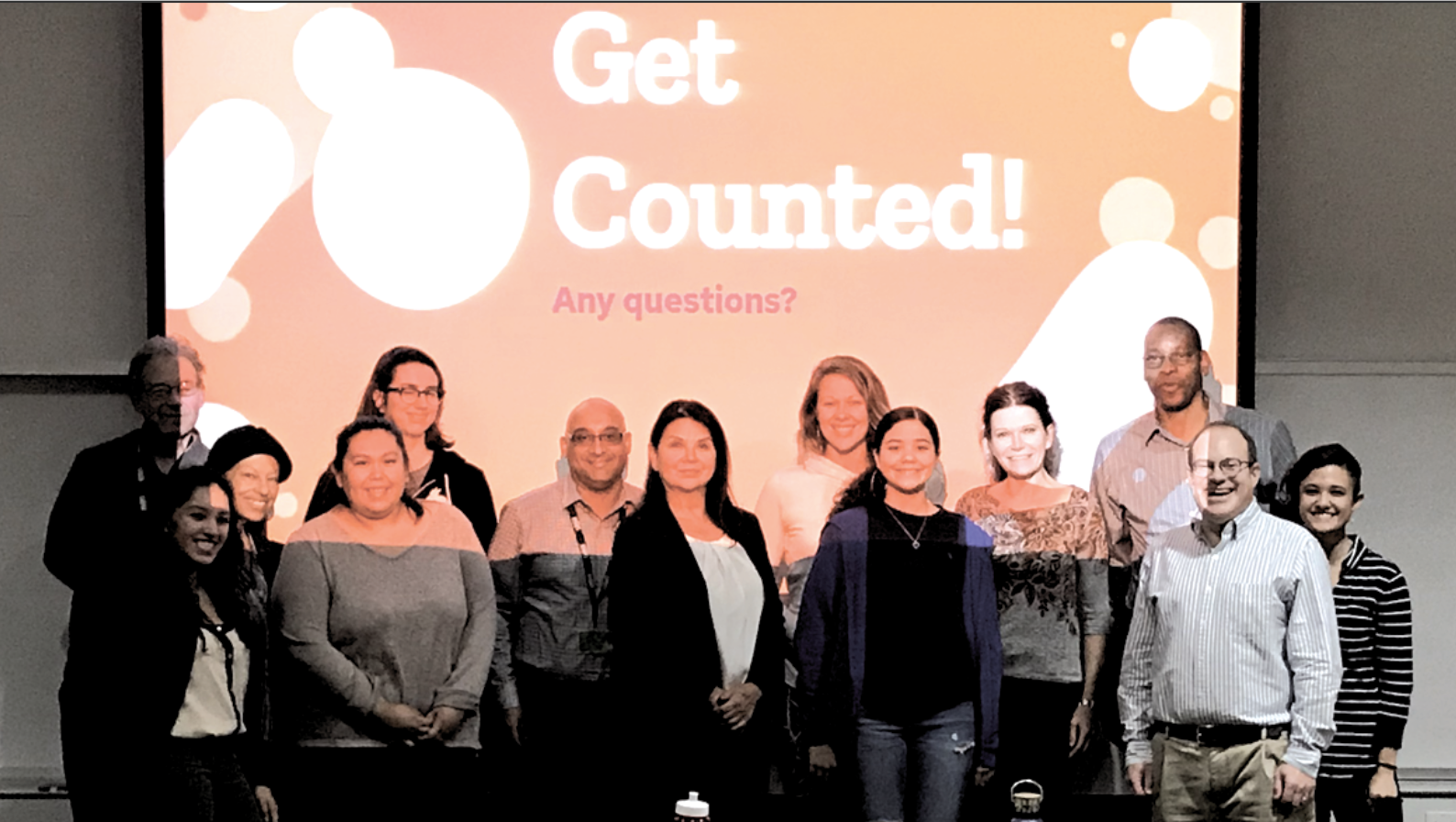 “The 2020 Census, to me, is one of the most exciting projects I’ve worked on with my students,” said Adam Parker, assistant professor of Practice at Mills College in Oakland. “The Census is something that has a tremendous effect on our society, our politics and our representation in Congress.”

Parker recently taught a course titled “U.S. Census: Engagement, Representation and Policy,” which was designed to help college students become aware of the importance of the Census through academics and community projects. The course was created through a collaboration between Parker and Mark Henderson, associate professor and director of the Public Policy program at Mills.

The class was a one-to-two unit course as part of the college’s public policy program. Twenty students participated in the course doing in-house academics, which made for one unit in the course, and seven of those students received extra credit by providing public service and working on community projects.

“Most people don’t know about the Census and how it works,” said Parker. “The students found the course extremely exciting as they learned about how census data impacts the ways in which government and private funding flows to communities throughout the nation for mental health services, housing the homeless, transportation and infrastructure, among other needs,” added Parker.

“A number of my students did work for Alameda County while others worked with non-profits and community-based organizations that are directly involved with the Census,” said Parker. “Multiple students helped with translation services in areas where language barriers could possibly prevent many people from participating in the Census.”

“Another student did a project investigating screen-reading capabilities to ensure that Census public offices and locations were ADA compliant.  One student helped to film a video to encourage community members to become Census enumerators while another did work creating slides and videos in Spanish to train people. It’s important to have Census workers who can relate to the communities in which they live, where people will more likely speak with them.”

Caroline Love, a student interned with the Alameda County Complete Count Committee (ACCCC), described the varied audiences she contacted. “Sometimes, I worked with a group of community elders who were very aware of the Census, as well as presenting to the Berkeley Peace & Justice Commission. Other times, my goal was simply to talk with children, give out stickers, and get their parents familiar with the idea of the Census.”

“Because of the work of the ACCCC, one more person will be informed about the Census, and perhaps that person can educate community members as well.  I hope to continue helping others to use their voice and get counted in the 2020 Census, by working as an enumerator in the spring and summer of 2020.”

“That was huge for us,” noted Parker. “To have these heavy hitters take time out from their regular schedules to speak with our undergraduate and graduate students. That was a very valuable experience. Still, there are some groups of people who will be less likely to be counted, so with the help of the students who participated in this class, the work of educating and informing more people about the Census will continue.”

Parker can be reached at adparker@mills.edu , for more information and discussions about the 2020 Census.

Sondra Alexander Retires From OCCUR After 40 Years of Dedicated Service