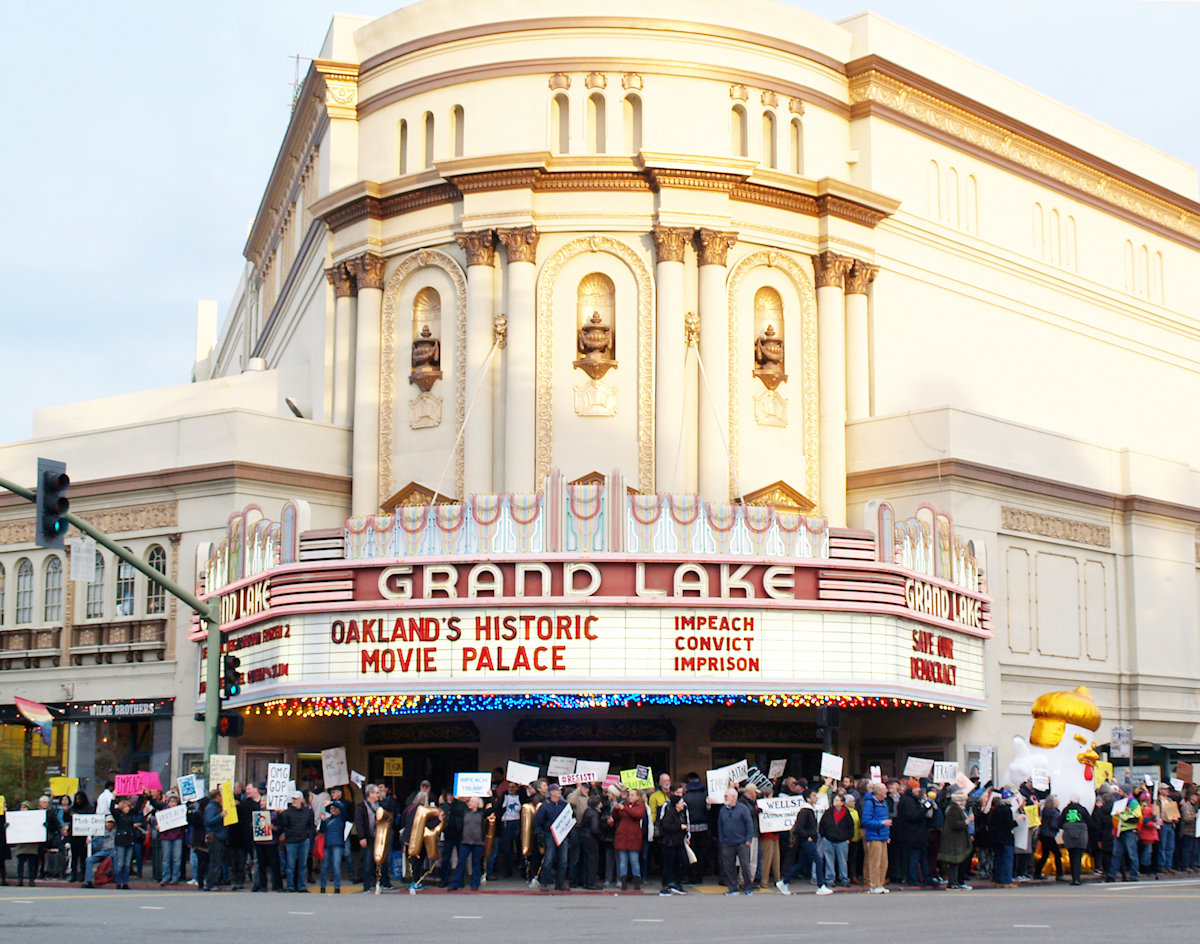 A rally, supporting the impeachment of President Trump, took place on Tuesday, Dec. 17, in front of Oakland’s Grand Lake Theater, on the corner of Grand Avenue and MacArthur Blvd.

The rally, organized by Move-On, a progressive public policy advocacy group and political action committee, joined hundreds of rallies across the nation in what was termed an #ImpreachmentEveEvent, that occurred the evening before the House took their critical vote on impeachment. The rally, as one of the more than 500 “Nobody is Above the Law” events across the country, demanded that members of Congress in both the House and the Senate uphold their oath of office and the Constitution.

“It helps send a message to the traitors in the Senate,” said Dejah Williams, who recently moved to Oakland from Los Angeles. “Do your jobs.”

The rally started at 4 p.m., and was attended by over 300 people who occupied all four corners of the intersection of Grand Avenue and MacArthur Blvd. Most people standing in front of the theater waved signs at passing cars and pedestrians , which read “Impeachment Is Not Enough,” “Impeach Trump Now,” and “Lock Him Up.”  Passing cars honked back in support of impeachment.

The rally ended around 7 p.m.