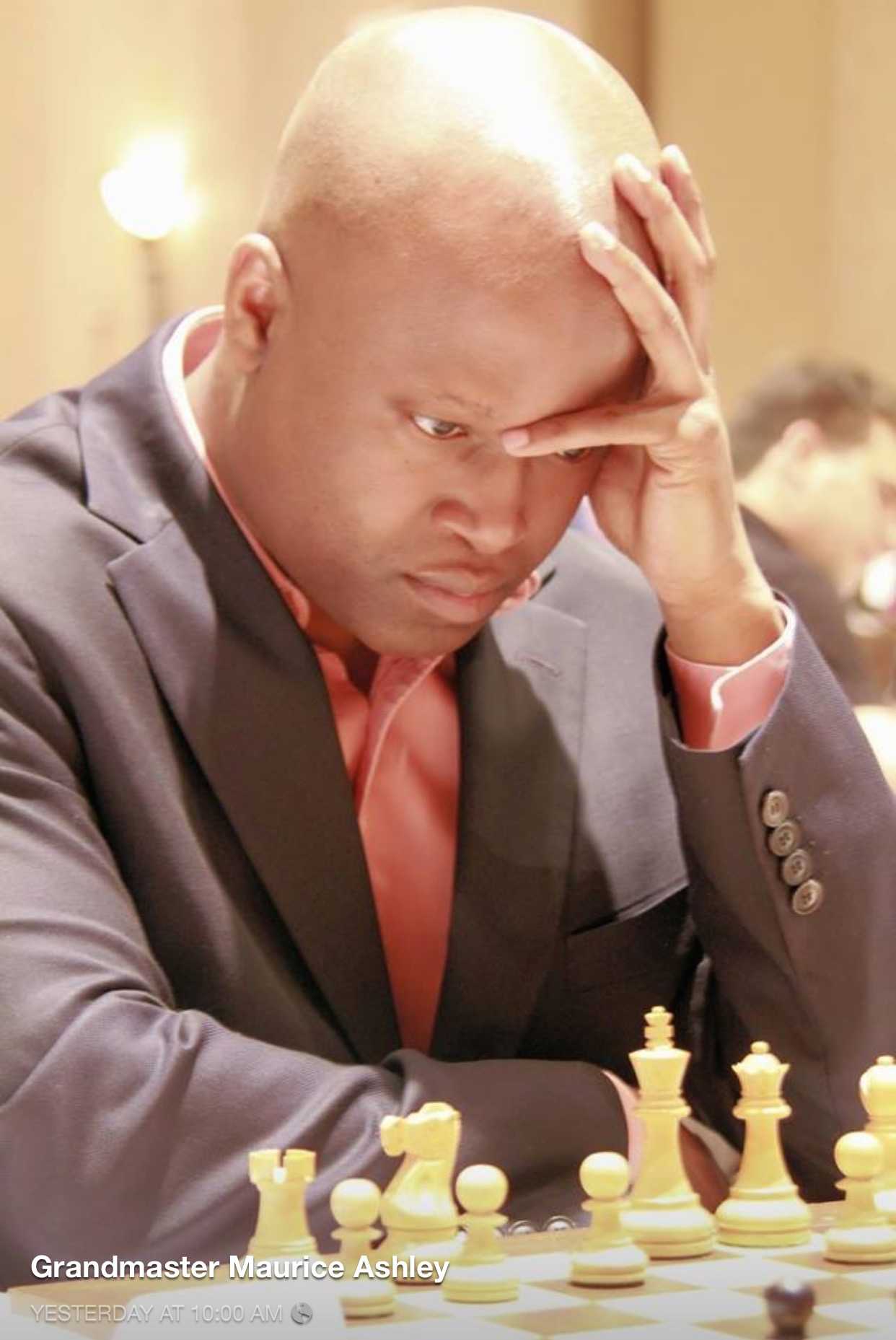 Most people who master the game of chess begin their studies around age 4. Maurice Ashley however, didn’t have that luxury. Born in 1966 in St. Andrew Parish on the island of Jamaica, Ashley grew up dabbling in checkers, card games, and dominoes.

“We didn’t have a lot of technology,” Ashley said during an interview with The Undefeated. “Television came on, but it was like 6 o’clock in the evening when the first show came on, so we learned to play a lot of games. Chess was one of those games … I kind of liked it, but I wasn’t into it because it was just a game like the rest of them.”

By age 12, Ashley relocated to Brooklyn’s Brownsville neighborhood. While in school, he noticed that several boys played chess. Although he’d shown little interest in it earlier, he remembered enough about the rules to engage in a game with a friend. And he lost. This crushed his competitive spirit; he had to win.

Ashley began to read books about the game and practice techniques. “I was reading books about famous players all around the world; I wanted to beat those guys,” he said.

Consumed by the game, he wanted to play all the time. And for that, New York was the place to be. “In the mid-’80s in Brooklyn, in New York, it was crazy,” he said during a filmed interview with Hennessey US. “For me to have chess as an outlet, something that I always wanted to do, something that kept me away from the bullets flying outside … I was always inside studying chess. I just knew this is what I wanted to do all the time.”

During high school, Ashley joined what was called the Black Bear School of Chess, a loosely defined group of Black chess fanatics in Brooklyn, mostly in their late teens and early 20s, who also studied and played for hours at a time or sometimes all weekend. They gathered on Friday nights for chess rumbles.

Ashley soon began to compete in various city parks and in tournaments. The experience, he said, helped him to “mature, think about calculations, analysis and data. Chess is all these different pieces; the possibilities are very complex … That kind of complexity of the game is what keeps us coming back again and again.”

Being active in competitions and clubs opened doors. In 1999,  at the age of 33, he became the first Black person to achieve the highest rank in chess: grandmaster.

Ashley’s passion for chess is his life. Today, he teaches and mentors those in underserved communities with an interest in the game. “I didn’t have those kinds of role models when I was growing up, so to be a role model now, to represent a sport and represent my family, that, to me, is absolutely a big responsibility, and I embrace it,” he told The Undefeated.

There are about 1,300 chess grandmasters worldwide. Today, only three are Black. The others are Pontus Carlsson (2005) and Amon Simutowe (2007).