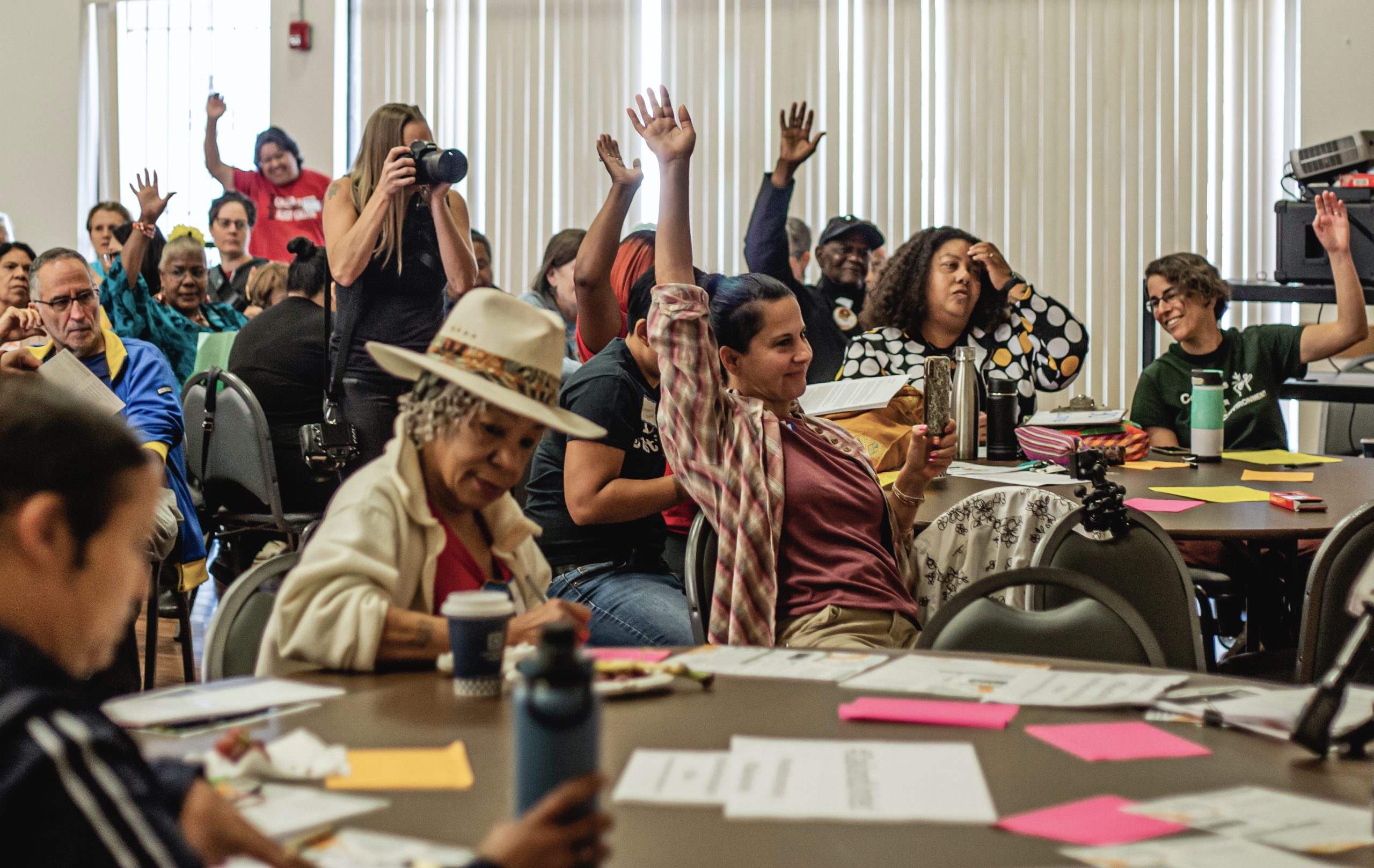 Over 100 Oakland residents and community organizers attended a public forum at Taylor Memorial United Methodist Church in West Oakland on Saturday Oct. 4, to discuss the Oakland Athletic’s plans to purchase and develop the Coliseum and Howard Terminal sites.

“This is urgent…and Oakland United wants you to know that the time is now to speak up,” said Jahmese Meyers, deputy director of the East Bay Alliance for a Sustainable Economy (EBASE), who spoke to a crowded room.

EBASE is one of several organizations that joined to form the Oakland United Coalition five years ago when the talk of a new Coliseum development began, Meyers said.

The coalition has demanded a written community benefits agreement (CBA) — a legally binding contract that would ensure that the A’s meet community demands — before plans advance. 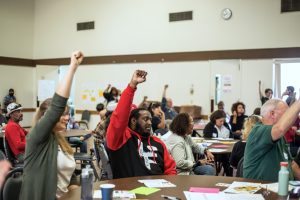 Community organizers and Oakland residents gathered for a Town Hall in West Oakland, demanding a community benefits agreement from the A’s. Photo by Saskia Hatvany.

“We have a choice, we can have a playground for the wealthy out-of-towners or we can have a community-centered project that represents and supports the needs of the existing community and uses public land for public good,” said Meyers.

The CBA would legally bind the A’s to a series of promises to the community, which include living-wage jobs for residents, significant affordable housing, anti-displacement measures, and a cleaner environment.

President of the Oakland Athletics Dave Kaval said that the A’s have long been “committed” to the community benefits agreement, but that the contract is largely in the hands of the City of Oakland.

“To date, in all our signed agreements both with the city and the county and the port, we’ve agreed to a framework around community benefits,” said Kaval. “We’ve made ourselves available to the meetings and we’ve agreed to the intent of what needs to be discussed, and we look forward to the city leading that effort.”

A CBA is usually negotiated between a local coalition and the developer. When the contract involves local government, the city is granted the power to legally enforce the terms of the agreement.

Despite the A’s verbal support, according to Meyers the team has not yet agreed to a CBA on paper, which concerns Oakland United.

”Oakland is working hard to keep the A’s in Oakland, but how hard are they working to keep us in Oakland?” said Alma Blackwell, Housing Rights Organizer at Causa Justa/Just Cause, who also spoke at the event.

Former Oakland mayoral candidate Cat Brooks also made an appearance and declared her support for a community benefits agreement no matter where the A’s choose to build. 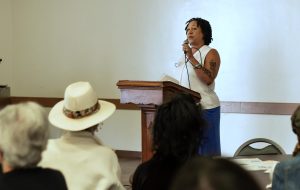 While the A’s ambitions have the very public support of Mayor Libby Schaff, the City of Oakland filed a lawsuit against Alameda County on Sept. 29 in an attempt to block the sale of the county’s portion of the Coliseum for $85 million, according to the San Francisco Chronicle.

In response to the suit, Major League Baseball Commissioner Robert Manfred warned that if the city does not drop the charges, Oakland will risk losing the A’s altogether.

“We love our team. We want them to stay. We’re proud that they’re rooted in Oakland and we want them to also be rooted in community,” said Meyers. “For Oakland United, ultimately, no matter where the stadium locates, whether it stays at the Coliseum or at Howard terminal it’s public land, it needs to be for public good.”

The Oakland Post will continue to provide coverage on this story. Stay tuned for next week’s article featuring A’s President Dave Kaval’s response to community concerns over the proposed ballpark development at Howard Terminal.