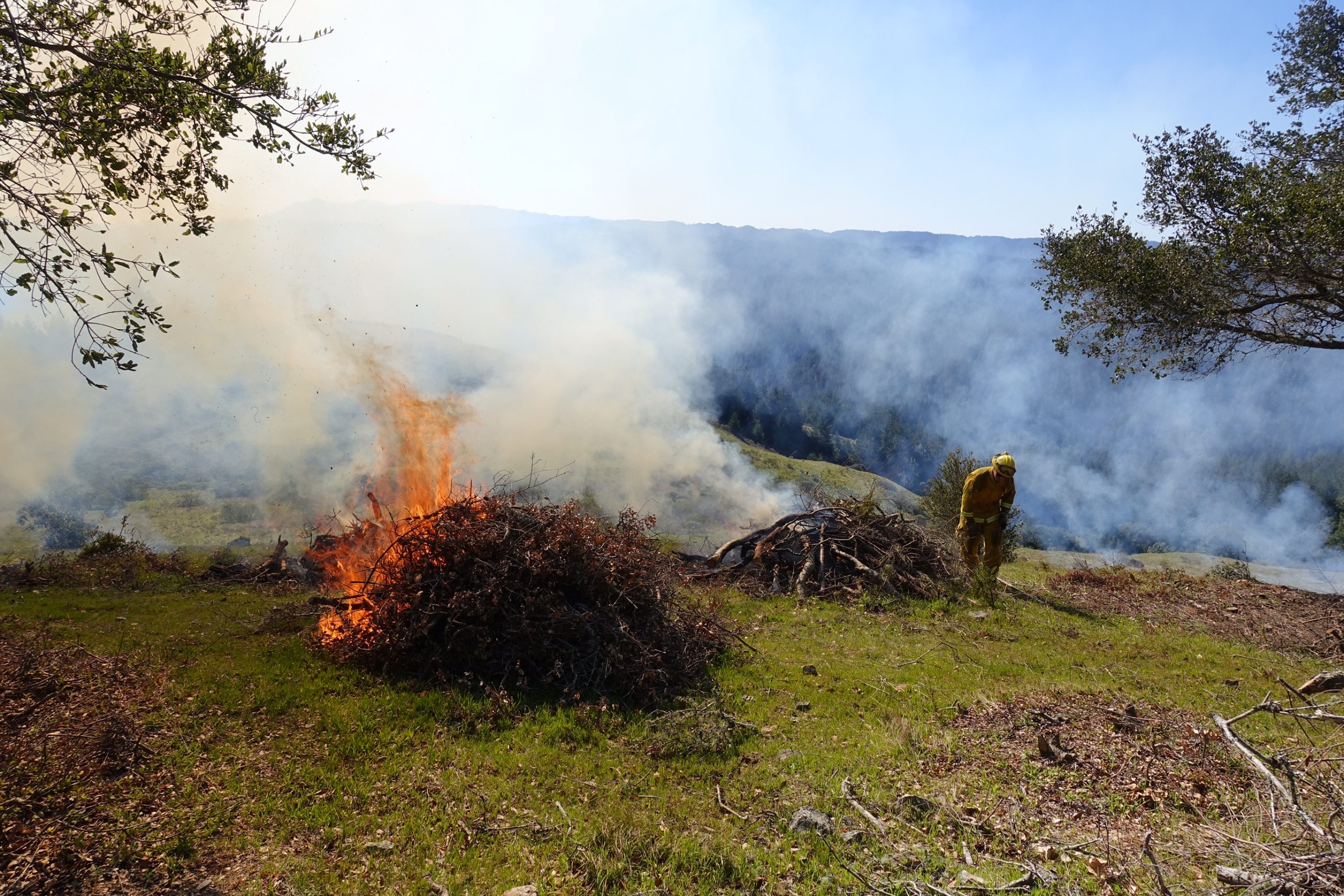 Smoke from open fires doesn’t just smell badly and makes eyes water. It contains harmful gases and toxic byproducts that can lead to respiratory problems, asthma, and heart problems. At this time of year, the Marin County Fire Department reminds residents that it has placed a ban starting May 1 on open burning for the purposes of range management, crop replacement, forest management and orchard pruning.

Although the California State Department of Forestry and Fire Protection  (CALFIRE) allows permitted burns in many areas of the state, Marin County Fire follows the Bay Area Air Quality Management District’s recommendation and puts the ban in place each spring as a precaution.

“There are areas just outside the district boundaries where such burns are allowed, but we place our own ban because we want to try and have a consistent message,” said Marin County Fire Deputy Chief Mark Brown.

Marin’s restriction is in force from May through September according to guidelines set forth by the Bay Area Air Quality Management District. The district allows some permitted burns year-round within its nine Bay Area counties such as for fire agency trainings, removal of fire hazard materials and flood debris. However, Marin County Fire’s ban supercedes the district’s policy.

Small recreational fires are still allowed in Marin. Outdoor wood stoves and fire pits that are 3 feet in diameter or less are legal to use for cooking or warming as long as it’s not a Spare the Air Day as set by the district.

As it prepares for another wildfire season, Marin County Fire also reminds residents to create 100 feet of defensible space around homes as required by the California Public Resources Code. Study after study has shown that the solution to disastrous home loss during wildfires is to prevent buildings from igniting while the wildfire burns the surrounding vegetation. Firefighters who battle urban wildfires are often forced to choose which homes can be safely and effectively defended from fire. By reducing fire fuels on the property, the homeowner increases the likelihood that a fire engine could be safely parked in a driveway and that firefighters have a chance to save the home.

Disaster preparedness was among the top concerns in a recent resident survey conducted by the County of Marin. Accordingly, the Marin County Board of Supervisors has listed emergency preparedness among its top priorities and is preparing to declare the week of May 5-11 as Wildfire Awareness Week.

Marin County Fire works year-around in conjunction with the nonprofit FireSafe Marin to promote fire safety. A countywide wildfire forum is scheduled for May 4 in San Rafael, and there is much more information on the FireSafe Marin website.

Travelers: Immunize Against Measles Before You Go