How Nancy Green, ‘The Pancake Queen’ Became the Face of Self-Rising Flour
Advertisement 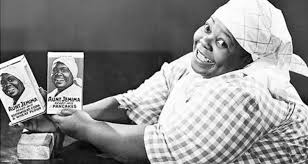 Many consider the term “Aunt Jemima” disparaging and offensive, stereotyping Black women as subservient. But Nancy Green (1834–1923), the living trademark for Aunt Jemima’s self-rising flour, parlayed the image into a successful corporate career despite her humble beginnings.

Green was born into slavery in Montgomery County, Ky. She cooked for the family of her owner, a judge, and served as a nurse for his two sons. It was after moving to Chicago that Green began to master her cooking skills, one that would eventually secure her financial future for life.

Despite popular belief, the famous Aunt Jemima recipe was not a creation of Green’s. In 1889, Charles Underwood  and Chris Rutt, a St. Joseph, Mo., newspaperman, purchased the Pearl Milling Company. The pair had the idea of developing and packaging a ready-mixed, self-rising pancake flour and began working on it almost immediately. Because the food industry was highly competitive, a creative brand for the product was needed, one that would make them stand out.

That same year, Rutt had attended a vaudeville show. There, a blackface performer dressed in an apron and bandanna headband performed a tune entitled “Aunt Jemima.” Rutt then had the idea to call the pancake flour after Aunt Jemima. Within a year though, Rutt and Underwood went broke and were forced to sell the flour formula to the R.T. Davis Milling Company.

Davis began an immediate search for a Black woman to become the living trademark for his product. At 56, Green was discovered in Chicago. The Aunt Jemima Pancake Mix was subsequently introduced in St. Joseph, Mo.

In 1893, the Davis Milling Company began to promote the Aunt Jemima image at Chicago’s World’s Columbian Exposition (World’s Fair). There Green, as Aunt Jemima, demonstrated the pancake mix and served thousands of pancakes. Event-goers loved her personality, storytelling, and her cooking. Her exhibition booth drew so many people that special policemen were assigned to keep the crowds moving. More than 50,000 orders were taken that day, and expo officials awarded Green a medal and certificate for her showmanship. Proclaimed “Pancake Queen,” Green had proven to be the ideal living trademark.

Green was signed to a lifetime contract, traveling on promotional tours all over the country. Pancake flour sales increased, and pancakes were no longer considered exclusively for breakfast.

Although Green’s pancakes have maintained their popularity, her name often is forgotten as a woman who was born into the horrors of slavery, yet turned a localized flour business into a thriving national enterprise and racial stereotypes into symbols of friendliness, hospitality, and prosperity. She was one of the first African American women hired as a corporate representative.

Still, some continue criticize Green and label her as the stereotypical Black mammy, while overlooking her individual courage, determination, and talent.

Green maintained her position until she was  killed in a car crash in Chicago in 1923. The Davis Company also ran into money problems, and the Quaker Oats Company purchased the Aunt Jemima Mills in 1925.

African American or Other? Selecting Your Race and Ethnicity on the U.S. 2020 Census Form