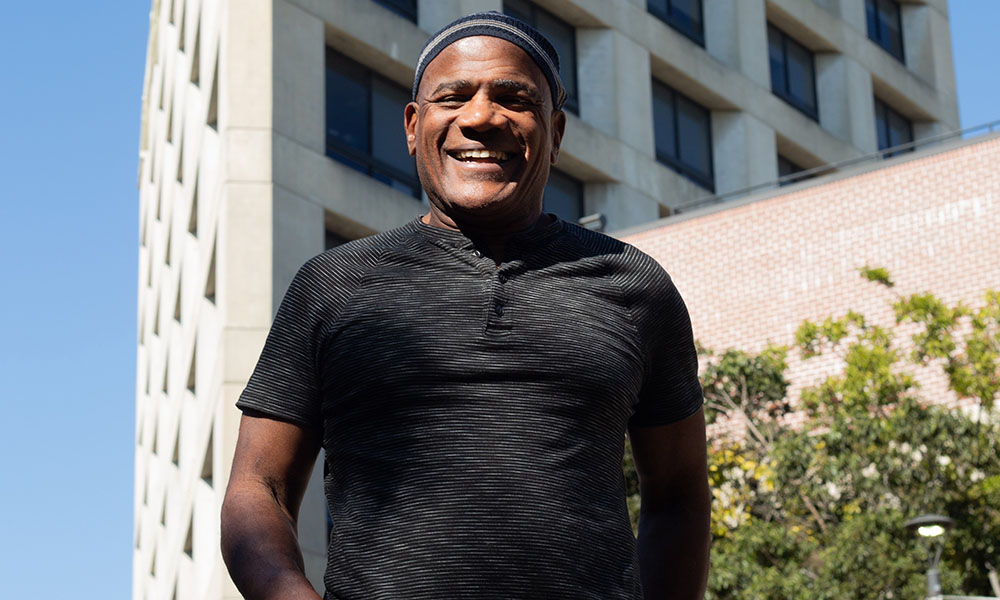 Archie Williams at Laney College in Oakland, CA after being exonerated in March 2019. Photo by Saskia Hatvany.

Archie Williams had a run of bad luck that lasted almost 37 years.

The ex-convict, who was released from a Louisiana prison through the Innocence Project, enrolled in Oakland’s Laney College and then became a semi-finalist on America’s Got Talent. Last year, he performed at the Apollo Theater in New York.

Williams, 60, was visiting the campus during the summer when he happened upon the first tour conducted by ‘Restoring Our Communities,’  a program assisting students impacted by incarceration, and ended up enrolling to study piano and voice in the fall.

On Sept. 8, he was in Los Angeles at AGT’s studio for the second time, having made it past the first round singing “Love’s In Need of Love Today,” written by Stevie Wonder.

Wonder was so impressed with Williams’ performance that he is writing a song with and for Williams to perform. To add to his spurt of good luck, Williams has united with a 42-year-old daughter he didn’t know he had.

Williams seems astounded to be working with Wonder, who rose to fame at the age of 12.

Williams also had a music career at age 12, singing R&B at local nightclubs imitating Michael Jackson. But he also had his first brush with the law at that age when he attempted to steal a bicycle in Baton Rouge, La. He learned the roofing trade at 15, but at 18 he was working at a fish market. He broke into the house of his employer and was sentenced to a year in jail after a plea bargain.

Six months after his release, he was arrested again and charged with aggravated burglary, attempted murder and aggravated rape despite having witnesses for his alibi (he was at home asleep). His trial lasted five days and he was quickly sentenced to life plus 80 years.

Louisiana State Prison, commonly called Angola for the plantation that once existed on the land and named for the preponderance of enslaved Africans who were from that nation was notorious for cruelty and harsh conditions both social and physical.

At Angola, Williams avoided trouble by singing in the choir and forming a boxing program.

Six years after his arrival at Angola, Williams learned that a DNA test could prove his innocence. In 1995, after reviewing the court transcript that Williams had saved, the Innocence Project took his case.

DNA evidence was requested in 1996, but the state of Louisiana took 10 years to approve a law allowing prisoners such access. The test of the rape kit in 2009 revealed that Williams’s DNA was not present, but since it didn’t reveal another possible rapist, Williams stayed in prison.

A fingerprint test led to another man who had been imprisoned for rape and had been caught two miles from where Williams’ accuser lived.

Williams was finally released in 2019, after spending 36 years in prison, 22 of them in solitary confinement.

Williams appears to be enjoying his time in California, comfortable with the precautions people are taking in the COVID-19 era. “Everybody’s wearing their mask, they stand their distance and everything. Even in the studio … if I have to pull off my mask to perform, they distance themselves.”

This report was based on stories published by The Peralta Citizen at Laney College and The Advocate. 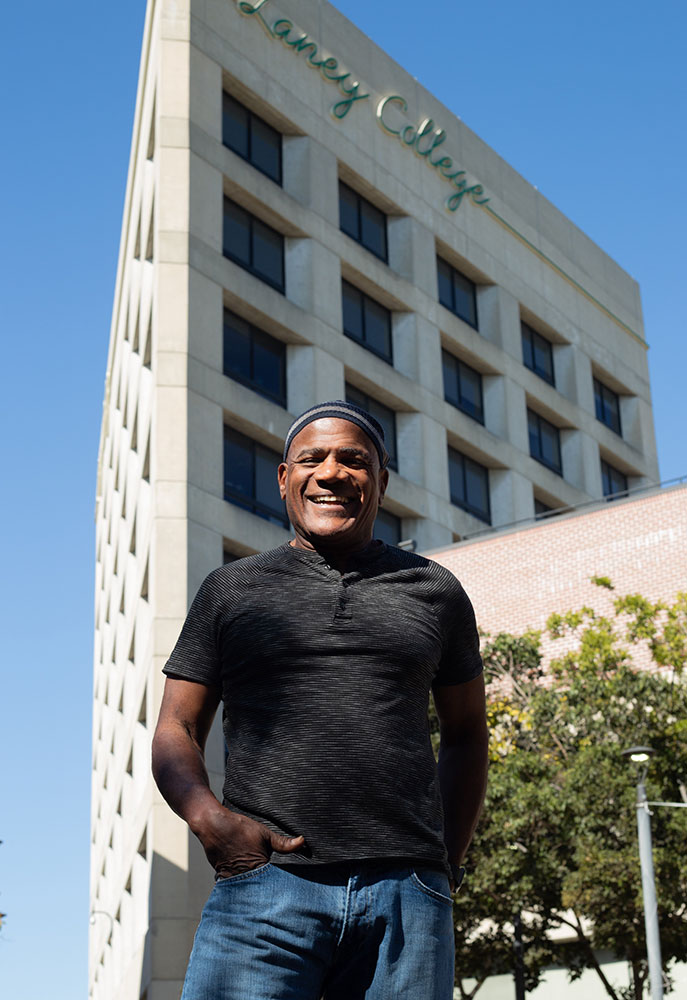 Archie Williams at Laney College in Oakland, CA after being exonerated in March 2019. Photo by Saskia Hatvany.