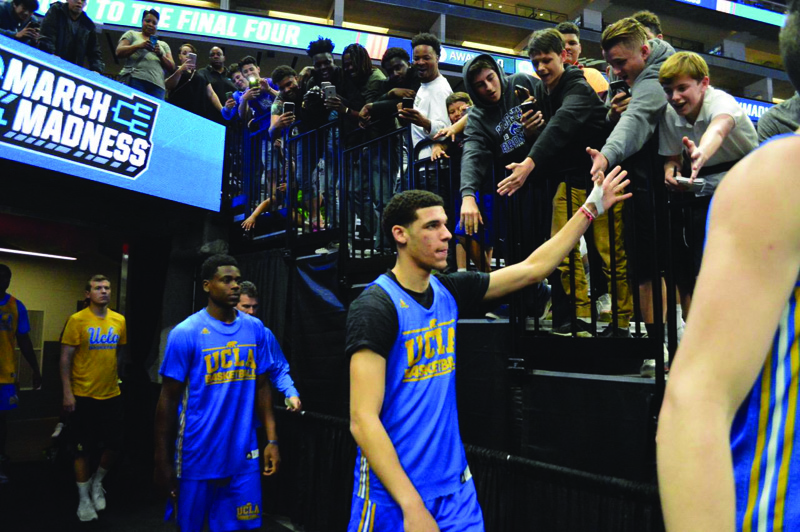 The National Collegiate Athletic Association’s (NCAA) highest governing body announced last week that it is moving toward allowing student-athletes to receive compensation for endorsements and promotions.

The NCAA’s Board of Governors says it now supports lifting longstanding restrictions on student-athletes that ban them from getting compensation for third-party endorsements both related to and separate from athletics. The new guidelines pave the way for college student athletes around the country to earn compensation without affecting their scholarship eligibility.

The board is also giving its consent for other student athlete compensation opportunities, such as social media promotions, business ventures they have launched and personal appearances. But colleges and universities still cannot give student athletes paychecks.

“Throughout our efforts to enhance support for college athletes, the NCAA has relied upon considerable feedback from, and the engagement of, our members, including numerous student-athletes, from all three divisions,” said Michael V. Drake, chair of the Board of Governors and president of Ohio State University.

California state Sen. Steven Bradford (D-Gardena), who is African American, co-authored and introduced legislation last year that will give student athletes in California the green light to earn money for endorsements and more while retaining their NCAA eligibility. Gov. Newsom signed the bill, Senate Bill 206 (SB 206), into law last fall. The first legislation of its kind in the United States, SB 206 will go into effect in January 2023.

“I commend the NCAA governing board for their decision to allow college athletes the opportunity to monetize their name, image and likeness through sponsorships and endorsements,” Bradford said. “This is an issue that has been long debated, and its time has come.”

Bradford and Sen. Nancy Skinner (D-Berkeley) co-authored SB 206, the Fair Pay to Play Act. Supporters of the policy say the California student-athlete law was the catalyst that put pressure on the NCAA.

In a conversation with California Black Media, Bradford expressed some lingering concerns about how the country’s premier college sports institution will roll out its plan by the 2021-2022 school year.

Bradford said, while he likes some changes the NCAA plans to implement, there are others he doesn’t care for, pointing out that a few key changes come with a litany of restraints.

“I’m not fond of the fact they are going to try to limit how much a student can make per year. I think that should be dictated by the market and not by the university,” he said.

In addition, Bradford says he has an issue with a proposal that would allow the NCAA to ask the U.S. Congress to side with colleges and universities in a decision that would reclassify student athletes as school employees.

“The NCAA adding the Congress equation to the issue,” Drake countered, “is to build a legal and legislative landscape that would not undermine college sports and to meet the needs of college athletes as they pursue a higher-education degree.

“We must continue to engage with Congress in order to secure the appropriate legal and legislative framework to modernize our rules around name, image and likeness,” Drake said. “We will do so in a way that underscores the Association’s mission to oversee and protect college athletics and college athletes.”

Popular college student athletes say their schools often sell sports merchandise that bears the athletes’ names or likeness. Under the new NCAA rules, universities can still cash in on selling items such as jerseys.

“Some of these things are red flags to me,” Bradford told CBM.

The NCAA is also setting up rules to ensure that sports agents and other representatives do not influence high school prospects to choose a school because it offers them prime benefits.

But the athletes can hire sports agents and attorneys.

“To be able to hire an agent or lawyer apart from the universities are good guidelines because we don’t want any conflicts between what might be university involvement and enticing an athlete to attend,” Bradford said.

Since California laid the groundwork for other states to draft legislation similar to SB 206, New York, Illinois, Florida, and up to 10 other states have introduced their versions of “Fair Pay For Play” laws.