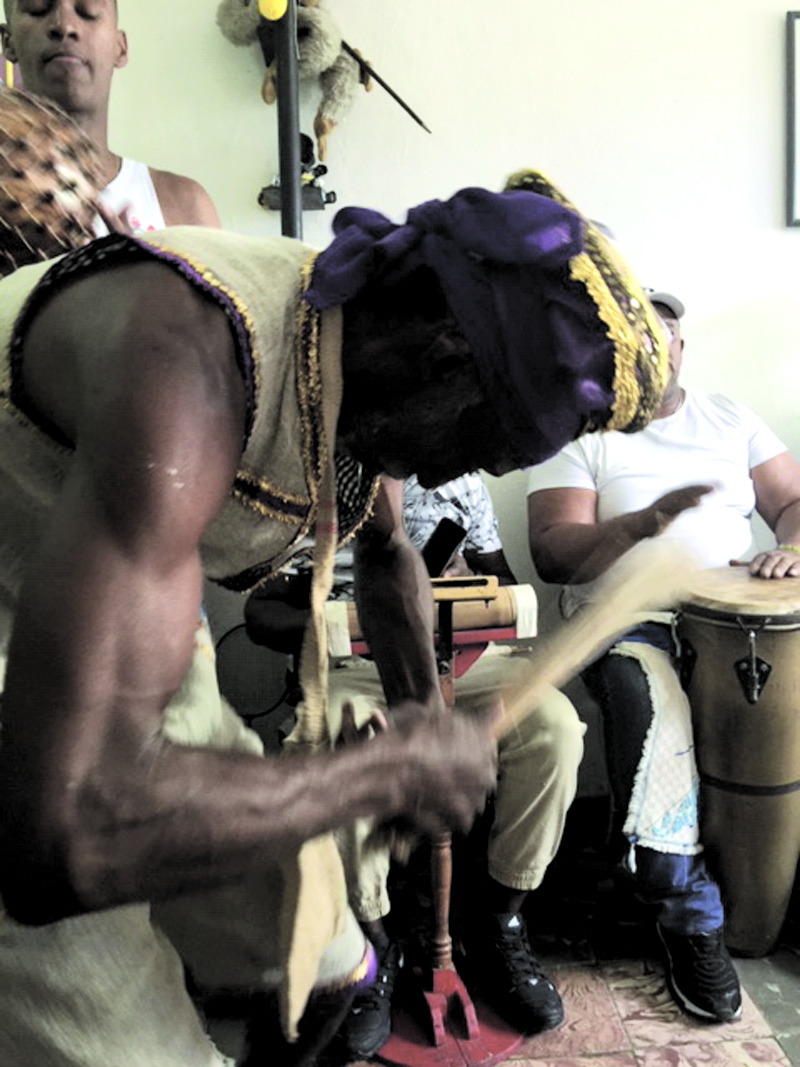 As the faithful of the Abrahamic traditions world over have been grappling with the impact of the COVID0-19 pandemic on their religious observances—Passover, Easter and Ramadan – so, too, have practitioners of African Traditional Religion.

The observances of ATR don’t depend as much on a fixed calendar although there are such.  But for the most part, traditionalists heed the prognostications of their diviners who determine the outlook over a particular geographical area and/or faithful who may be far from home.

From Nigeria to the Caribbean to the Americas, an epidemic had been foretold.

African Americans apprehend the observances through two major avenues of tradition: that of the Cuban derivation, called Lucumi (derogatorily as Santeria) and Isese, of direct Nigerian tradition.

Both would agree that whatever is ordinarily done in this season has been superseded by the pandemic’s immediate threat of disease and death. For the Cubans, the ‘Letra del Ano” or reading of the year, a divination session conducted on Jan. 1, 2020, by luminaries in Cuba’s Ifa tradition is proving prescient, not just for Cuba but the world. Proliferacion de Epidemicas debido a la mala hygiene y la indiscipline social, it read. Proliferation of epidemics because of bad hygiene and failure of social discipline.

Fully six months earlier, at the beginning of the year for Nigeria, the diviners’ prediction from June 2, 2019, in the holy city of Ile Ife, also indicated that epidemics could happen because of bad hygiene.

In both Lucumi and Isese, adherents generally appeal to the forces of nature (water, wind, fire, earth and all in those domains) on the planet as spiritual beings endowed with consciousness.

Right now, they are petitioning Olodumare (almighty God, owner of the day) in general and Babaluaiye (Father of the Hot Earth) as well as the memory of their beloved ancestors.

One of Babaluaiye’s apataki, or myths, is that when he was on the road, during that hot, dry season, people hid in their homes until he passed by. Where disease had overcome a village, survivors hid in the forests.  In other words, social distancing.

Among the Lucumi in the United States, social distancing seems to be the order of the day. “This is having a big impact on us,” said Nelson Rodriguez, a renowned Oriate (master of ritual initiations) who lives on the seventh floor of a large apartment building in New York’s hot zone, the Bronx.

Normally he travels to California, Puerto Rico, Florida and Cuba to conduct initiations but he hasn’t left his house since the shelter-in-place order in March. In his late 60s, he’s diabetic and a former smoker, a virtual poster child of a pandemic victim.

He asked a friend to take his dog because he can’t risk walking him in his neighborhood where it is clear, looking on the crowds below his seventh floor balcony, that too many people are ignoring Gov. Andrew Cuomo’s directive.

Even when he is not traveling, Rodriguez is accustomed to attending drum ceremonies that typically involve 50 people or more and doing what ordinary priests do: one-on-one divinations and prayer sessions called misas.

Instead, he is conducting a course on divination for his students through Zoom.

Among Isese in the United States and in Africa, such strict adherence to social distancing doesn’t appear to be as rigid among practitioners, perhaps because a lot of their stateside leadership is in Georgia and South Carolina. Diviners are working hard, determining what prayers and offerings should be done at this time to both lessen the impact on human beings and to calm the Earth itself.

Debunking conspiracy theories, Araba Awodiran Agboola says “The virus originated in nature,” and is a response to violations of nature by human beings.  “Nature is present to correct the behavior.”

Willie Ramos, Lucumi organizer of Oloshas United, a federation of priests and priestesses all over the United States, has called for a nationwide moratorium on rituals except in life-or-death situations and pre-burial rituals called Etutu. Not knowing how long the health crisis will last, he believes that adherents may have to figure some things out that may change ritual to accommodate the times we live in.

All members of the faith are wondering how this can be done given that rituals require in-person touch and presence. The HIV-AIDS crisis of the 1980s changed some ritual procedures but because COVID-19 transmits so easily much more care must be taken.

Lucumi practitioners in Philadelphia realize the dangers to themselves, but have started taking steps to make sure their brothers and sisters in the faith who pass away from the virus are properly buried.

And some Lucumi practitioners in Georgia with members flung across the country were advised to stand down on ritual at least until October.

Internet conversations among the faithful seem to agree that the pandemic is caused by violations to the Earth. Over the last 200 years, the exploitation of resources has been rampant with a visible impact on our ecosystem.

One comment circulating on Facebook reads that through the pandemic, ‘nature has sent us to our room’ for a time-out.

And perhaps that is a good thing.

Ifadunke Olayemi, who specializes in appeasement to the ancestors, says she is particularly attuned to water at this time. She uses a vessel of water to meditate and then pours it outside, especially at the roots of trees.

There are posts remarking on the return of wild animals to places where humans have become scarce: beaches, forests, even some paved roads.

The absence of cars has cleared polluted air in the skies in Los Angeles, New Delhi and, of course New York.

From his balcony, Rodriguez, a native of Puerto Rico, is doing something he never could before in his many years in the Bronx: take a deep, refreshing breath.