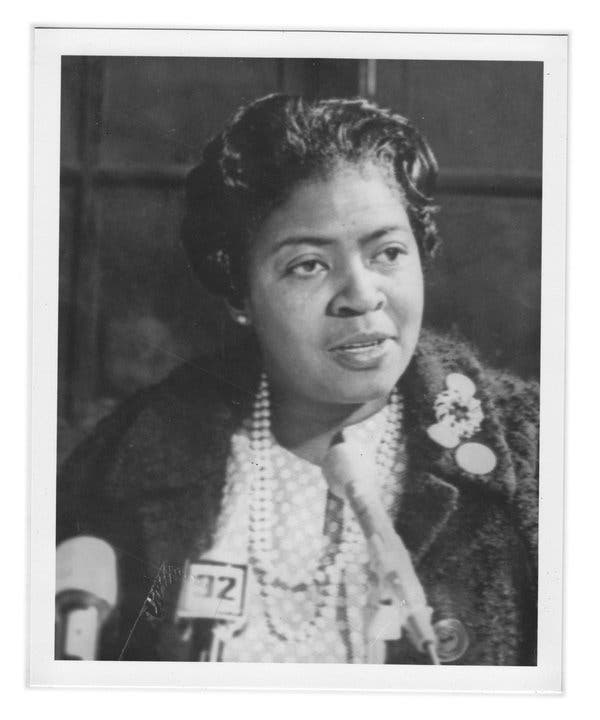 Dorothy Lee Bolden’s first experience with domestic work was at the age of nine where she earned $1.25 per week.

Alabama-born Bolden (1923–2005), alongside her mother, washed soiled diapers for a white employer. Little did anyone know that this profession would spur Bolden to spearhead the movement for basic dignity and respect for generations of domestic workers.

Domestic work followed Bolden beyond high school. According to sources from the New York Times, Bolden said she would wake “at 4 a.m. to leave home by 6:00 a.m., and be on the job by 8:00 a.m., perform all those duties necessary to the proper management of a household for eight hours, leave there by 4:00 p.m. to be home by 6:00 p.m. where I would do the same things I’ve done all over again for my own family.”

It was Bolden’s experiences working as a domestic in 1940s Atlanta that inspired her civil rights activism. A white female employer demanded that Bolden remain beyond her shift and wash dishes. Bolden refused. She was arrested and held in the county jail because “she was crazy.” There was no other reason for disobeying an order from a white person.

Bolden was never sentenced or institutionalized, but this event was the seed that grew into an organization that would protect domestic workers across the United States: the National Domestic Workers Union of America.

Rosa Parks had made public transportation a major breeding ground for civil rights activism, so Bolden began organizing during the long bus rides her peers made to wealthy neighborhoods. Many were fed up, working long hours for little pay, with little to no worker protections.

This organization of women would go on to fight for worker’s rights, create training programs, and teach workers to advocate for themselves. It was also important to Bolden to teach communication skills.

In the book “Household Workers Unite,” Bolden is quoted as saying: “You have to teach each maid how to negotiate…And this is the most important thing — communication. I would tell them it was up to them to communicate.”

But respect for Bolden’s activism was not shared by everyone. Although she consulted presidents Ford, Reagan, and Carter, she received several death threats from the Ku Klux Klan.

The New York Times reported that during the makings of an oral history project, Bolden said that “men claiming to be members of the KKK called her house and spoke about “whipping my behind,” but in coarser terms. “I told them any time they wanted to, come on over and grab it,” Bolden said during the interview. “It didn’t scare me, didn’t bother me. It made me angry, it made me determined to do what I had to do.”

U.S. Rep. John Lewis of Georgia said that Bolden “spoke up, and she spoke out, and when she saw something that wasn’t fair, or just, or right, she would say something.”

The NDWU of America lasted until the mid-1990s, but Bolden’s legacy lives on.

Millennials Wonder About the Connection Between the Church and Voting