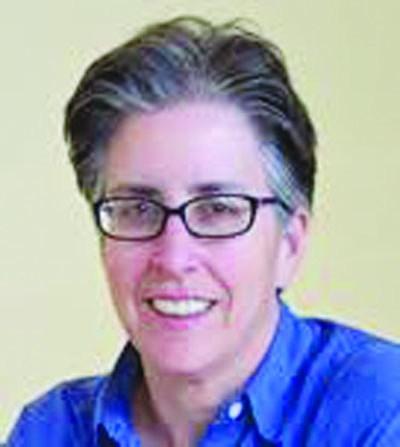 California State University took another step toward requiring students to take an ethnic studies class as part of their lower-division coursework, a move that would also have significant implications for the state’s 115 degree-granting community colleges.

During the 23-campus system’s Board of Trustees meeting on November 20, the educational policy committee voted 9-2 to make a minor amendment to a policy approved in July that would have required students to take a course in ethnic studies or a class with a social justice component.

American studies or Latina and Latino studies. A class deemed to have a social justice component that falls outside those disciplines would not fulfill the requirement.

The Board did not make revisions to the policy requested by faculty, who want greater control over implementing the new requirement. Faculty groups called on the Board to establish that the class could be fulfilled as either an upper- or lower-division course, but the trustees did not take that step on November 17.

Now, students are likely to be required to complete the class in the first half of their coursework. Because many students take those lower-division classes at community college before receiving an associate degree and transferring to CSU as part of a specialized pathway, it would shift the responsibility to community colleges to offer ethnic studies to those students.

That would be a significant financial burden to those colleges, many of which don’t currently offer any ethnic studies classes.

“We are hoping to have that guidance to share with the campuses in the next few weeks,” he added.

CSU faculty groups want individual campuses to have greater flexibility over how to implement the requirement and do not want to restrict students to taking the class in their lower-division coursework.

CSU’s Academic Senate, the official body representing faculty on system-wide issues, last week passed a resolution urging the Board of Trustees and the chancellor’s office to revise the proposal and establish that the requirement could be met as an upper- or lower-division class.

CSU’s Council on Ethnic Studies, which laid the groundwork for AB 1460, also took that position, as did the California Faculty Association, the union representing faculty across the system.

“We are looking to the CSU Board of Trustees … to exercise its oversight of the Chancellor’s Office and demand freestanding graduation requirement, allowing upper or lower division Ethnic Studies courses,” said Kenneth Monteiro, the former dean of San Francisco State’s College of Ethnic Studies in a statement. Monteiro is also the chair of the CSU Council on Ethnic Studies.

The chancellor’s office argues that it would not make sense to give campuses autonomy for implementing AB 1460.

“Unlike a campus requirement, a system requirement must be consistent across the 23 campuses,” Alison Wrynn, CSU’s associate vice-chancellor of academic programs, said during the meeting.

If the class is indeed implemented as a lower-division requirement, it would create significant costs for the state’s community colleges that offer associate degrees.

Aisha Lowe, the community college system’s vice-chancellor of educational services and support, previously told EdSource that it would cost up to $45 million in new spending for the system to offer the required courses to those students.

Most of that spending would be to hire new faculty. Lowe estimated that about 40 colleges currently do not offer any ethnic studies classes, and said that those that do will likely need to offer more of those classes to satisfy all students.

The law goes into effect beginning with students graduating from CSU in 2025. That means that students who enter college next fall will be the first class subjected to the requirement. For those students to be able to complete the requirement by their second year of college, the community college system would need to have the ethnic studies classes available by Fall 2022.