City Council President Nikki Forunato-Bas and Councilmember Sheng Thao both strongly backed the creation of MACRO, as an alternative program based in the Oakland Fire Department that will respond to many non-violent emergency calls without police. Photos courtesy City of Oakland 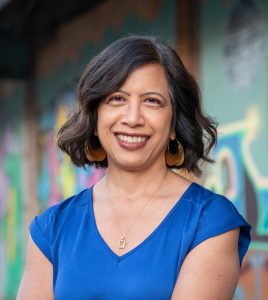 The Oakland City Council this week unanimously voted to kick off a program that uses teams of trained, unarmed civilian to de-escalate and resolve mental health crises and disorderly conduct complaints instead of sending police to those calls.

The program, Mobile Assistance Community Responders of Oakland (MACRO), will be operated by the Oakland Fire Dept. and will utilize outreach workers who are trained by experienced experts.

The 18-month pilot program is already funded for $1.85 million, but the city will need more money to extend the program.

“With MACRO, we’re developing a model unique to Oakland that improves community safety and save more lives while allowing OPD to focus on and improve response time to the most urgent calls for services such as homicides and gun violence,” said City Council President Nikki Fortunato Bas.

“I am thrilled to see the MACRO program move forward under the jurisdiction of the Fire Department, (which) is already a first responder in medical emergencies,” said Councilmember Sheng Thao on Facebook.

“The creation of MACRO as a city program is a major step in beginning to reduce the risk of incarceration, violence or death for a person in crisis,” said the APTP media statement.

“This is not an Oakland problem, it’s a national problem,” said Cat Brooks, co-founder of APTP.

“The conversation started six years ago with APTP and culminated in the creation of the Defund Police Coalition….We can do this in four to six months, through the Fire Department. Labor (has) agreed to hire temporary workers trained by on-the-ground experts,” Brooks said.

The City Council has asked the City Administrator to return on April 20 with any legislation needed to fund a staff person to manage MACRO and to provide monthly progress reports.  According to some labor and community leaders, Mayor Libby Schaaf and her administration has been slow to implement the MACRO program.

“There are so many emergency calls that do not require a badge and a gun. Our neighbors will be safer and offered connections to resources and referrals, knowing that any solution will be the one they help to develop,” said Cathy Leonard of the Coalition for Police Accountability, in a media statement.

Leonard said that MACRO originated in the experiences of a program in Eugene, Ore., that has been operating for 30 years and responds to 20% of the city’s emergency calls.